University of Liverpool, Department of Archaeology, Classics and Egyptology (UK)

The Department of Archaeology, Classics and Egyptology is part of the University of Liverpool.

The Department teaches undergraduate and postgraduate students and carries out research on periods from early hominids through to recent times. Experimental archaeology forms part of research and teaching, most notably with Palaeolithic cave painting, lithics, and Iron Age building reconstruction. 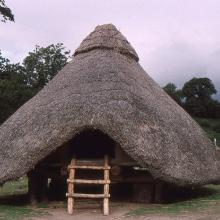 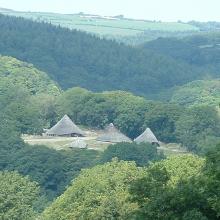 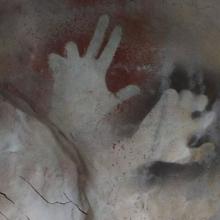 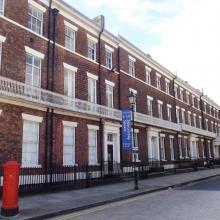 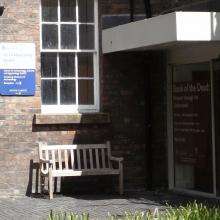 Prof. Dr Harold Mytum
Function:
Professor of Archaeology and Director of the Centre for Manx Studies
E-mail:
hmytum [at] liverpool.ac.uk

Harold Mytum’s research interests concentrate on the archaeology of western Britain and Ireland from the Iron Age to the present, and aspects of global historical archaeology (17th-20th centuries). He directs an annual archaeological field school (Ireland and Wales or the Isle of Man).
Iron Age and native Roman period research concentrates on materiality and enclosure (hillforts, especially Castell Henllys, and farmsteads), and experimental archaeology (roundhouse, four-poster reconstructions) in the context of site interpretation. He investigates the 'Long Iron Age' (late Bronze Age to early medieval on the Isle of Man), and the origins of nucleation and urbanism in Ireland through geophysical and surface survey of monastic settlements.
Harold’s historical archaeology research examines identity and memory through settlement and mortuary evidence from not only Britain and Ireland but also North America and Australia. He is also exploring the interface between archaeology and cognate disciplines including anthropology, oral history, folk life studies, vernacular architecture, and landscape history. One current research project involves the materiality of 20th-century internment, co-organising a major interdisciplinary conference in 2010; and it forms part of an on-going interdisciplinary research project on World War 1 and its impact on the Isle of Man.

Harold is also researching artefact biography as an approach and exploring new ways of writing archaeology.

I am a geoarchaeologist whose research interests include East African palaeoclimates, raw material transport and early human fire interactions. I am currently a Postdoctoral Research Associate at the University of Liverpool where I work on the palaeoenvironments and site formation processes at Kilombe Caldera (Oldowan/Acheulean). I am also PI in the British Academy funded “New investigations of fire-related interglacial sediments at Beeches Pit, Suffolk”. As part of my fire research I use experimental archaeology to examine combustion properties of different sources of fuels and thermal alteration to archaeological materials linked to human and natural fires. I am also very interested in uses of fire amongst contemporary hunter-gatherer groups.