In the heart of the Narbonnaise, a dozen kilometers north of the ancient capital Narbo Martius, a Gallo-Roman potters workshop was unearthed in 1976, near the current village of Sallèles d'Aude.

The museum overlooks the archaeological excavations of the workshop, active from the first century BCE until the end of the third century. The visitor discovers the daily life and activity of these potters who lived on site and produced en masse wine-making amphora Gauloises 4 but also different building materials (bricks, tiles) and everyday crockery.
In the museum park, an outdoor course leads to reconstructions of ovens and a habitat, built identically to the remains found. Adjoining the habitat, the potters' garden presents more than 160 species that may have existed in ancient times. Finally, a walk in the arboretum allows to discover the wood species used at the time for cooking and understand the regeneration of a forest.
Center of archaeological experiment as well as place of discovery and animations for the public, Amphoralis is a museum of unique site in Europe, between inheritance and preserved natural environment. 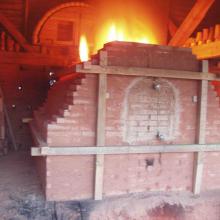 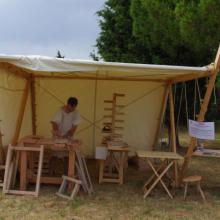 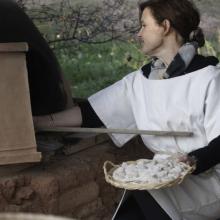 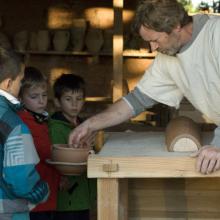 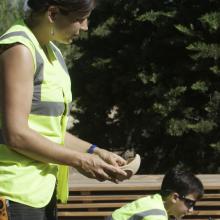 Odile Tankéré is responsible for public policy at the Amphoralis museum since 2012. Its mission is to develop site mediation Tools and communication for increasing the public and visibility of the site.

Michel Perron d'Arc is the scientific manager of the site. He has conducted all the archaeological experimentation projects at Amphoralis since 1992.

Anne Bousquet
Function:
Director
E-mail:
a.bousquet [at] legrandnarbonne.com
Anne Bousquet has been director of Amphoralis since 2012. She strives to focus the site's identity on experimental archaeology.