In 2003, the Samara Regional Branch of the All-Russian Society for the Preservation of Monuments of History and Culture launched a project to establish the Center for Historical Simulation (CIM) "Ancient World" (“Древний Мир”), a brand new interactive model of the exposure of the archaeological heritage of the object for cognitive (educational), tourism and historical education of children and adults; it also serves as a scientific and experimental testing ground for professional archaeologists.

The aim is to restore the details of the ancient lifestyle of the Middle Volga region and to show this in an alive, intelligible and memorable way. CIM "Ancient World" is not a classical museum, they do not keep originals. It is a place where, surrounded by existing models, everyone can experience the story through his hands and heart.

CIM "Ancient World" is located in the Krasnoarmeysk district of the Samara region, 47 km away from the city of Samara on the shore of an ancient lake. It occupies an area of 82,600 square meters and opened in 2004. Each year, the Centre attracts over 20,000 people: pupils, students, adults, residents and tourist visitors. Currently you can find the following items at the Center: three craft areas (processing of stone and bone, pottery and bronze-casting), house (re)constructions of the Stone and Bronze Age, a funeral rite pavilion, a cosy cabin with a fireplace and a Mongolian yurt.

The media regularly cover the activities of the Center, employees of the Ancient World participate in regional exhibitions and academic conferences on issues of tourism and promotion of historical and cultural heritage.

In 2004, CIM "Ancient World" won the regional competition of the Office of Tourism of the Samara region "Silver Gull" being the Best Innovative Project of the Year. In 2004, the project "School Journeyman" at the Centre, has won the Second Regional Fair socio-cultural projects, conducted annually by the Ministry of Culture and Youth Policy of Samara region. 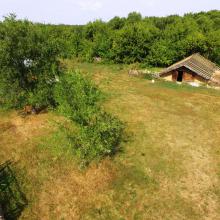 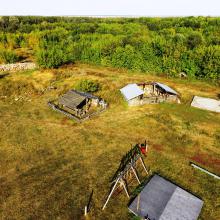 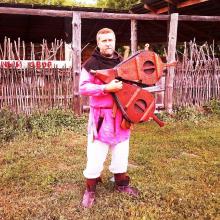 Director of our eductional and other projects. Archaeolog, hictoric, public figure.