The population of Mierzanowicka Culture at the turn of the III and II century BC fortified the hill, possessing natural defense characteristics. Then, in the middle of the 17th century, it was taken over by the Otomani-Füzesabony culture, who had broad cultural connections, reaching until the Mediterranean. This early-Bronze settlement phase finished in the middle of XIV century BC. The second settlement phase started with the construction of a huge Slavic hillfort, around 770/780 AD, built partially on the relicts dating back to the Bronze Age. It was one of the biggest stronghold on the territory of Slavs, with earthworks, reaching nowadays 10 metres of height. The settlement fell in the beginning of XI century AD, when the young State of Poland was touched by the aggression of the neighboring countries and the inner revolt.

The archaeological excavations from the turn of XXth and XXIst centuries showed not only the uniqueness of the defensive systems but also helped to discover many extraordinary movable objects, which have been a sign of the defensive importance of Trzcinica, located on a trade route connecting the Carpathian Valley with the areas off the Baltic coast. The local population was calling the hillfort in Trzcinica „the Royal Earthworks” and because of importance of the findings and their South-European connections as well as multi-layered stratigraphy, the place has started to be called „the Carpathian Troy”. The name has been also given to the open-air museum, which encompasses not only the hillfort with the reconstructed fragments of the earthworks, cottages and gates but also an archaeological park with reconstructions of settlements from the Bronze Age and the early medieval times , located at the foot of the hillfort in the river’s wide valley.

The open-air museum also contains the museum’s building with an exposition of findings from the archaeological excavations, educational rooms, cinema room, conference room as well as the offices of the museum’s staff and workshops of craftspeople. There are experiments led, which are focused on the cultivation of prehistoric plants and the breeding of old animal species.

Moreover, the museum offers a viewing platform of 44 metres of height, located above the hillfort, with an impressive view not only on the museum but also on the surrounding Carpathian hills. The biggest attraction of the cyclical open-air events is the Carpathian Archaeological Festival (VIII), which has become one of the biggest archaeological festivals in Poland. Besides the Festival, the museum organizes an open-air event „From Troy to Baltic”, presenting populations of prehistoric and early medieval Europe in the areas between Mediterranean and Baltic seas. These two events are just an example of museum’s activity, which attracts a big number of visitors annually. For a couple of years the Open Air Museum the Carpathian Troy has been active, it became an important centre of education, tourism and science. 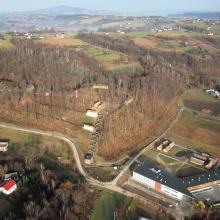 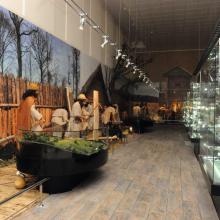 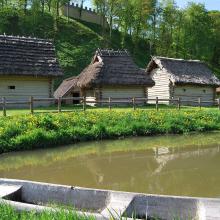 Archeologist, since 1998 director of the Subcarpathian Museum in Krosno. Reseacher of prehistory and early Middle Ages in the area of polish Carpathian (Funnelbeaker, Corded Ware, Mierzanowice, Otomani-Füzesabony, Piliny and Gava cultures). Researcher in the subject of hillforts from the beginning of the Bronze Age and early Middle Ages in Trzcinica and Brzezówka. Initiator, author and creator of the Carpathian Troy Archaeological Open Air Museum at Trzcinica. Organizer of international academic conferences focused on archaeological excavations in the Carpathians as well as numerous archaeological exhibitions on diverse subject matters. Author or co-author of over 50 archaeological publications. Editor of numerous museum publications.

Archaeologist. Specialised in the issues concerning prehistory of the Carpathians.