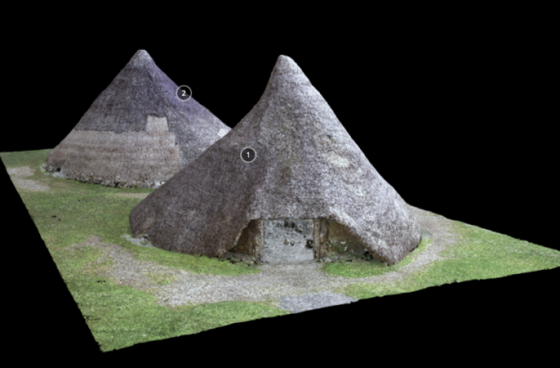 During this project the the Old House (Cook’s House) and the Earthwork (Meeting House) at the Iron Age reconstruction at Castell Henllys were laser scanned, then dismantled; excavated by Dyfed Archaeological Trust and Prof. Harold Mytum with University of Liverpool students before being rebuilt.

As part of the project we wanted to record the state and the point of deterioration of the houses prior to their being dismantled. The laser scanning and this model has now provided us with an exact record of what the houses looked like after nearly 40 years of use.

In the future, and funding allowing, we would love to do a laser scan survey of the entire site including the gateway as well as the interiors of the roundhouses that could then be accessible to the public on a digital platform.