Compared to other European countries, the number of Finnish archaeological open-air museums is limited. Currently, Kierikki and Saarijärvi Stone Age villages are the only two open-air museums under the care of professional museums. Both villages specialise in the Stone Age period (Kierriki 2015; Saarijärvi 2015). Apart from these two museums, Finland also has a couple of reconstructions of Viking age houses, however these do not fall under any museum care. Since 2013, Kierikki forms part of the Museum and Science Centre Luuppi, City of Oulu.

The richness of international archaeological research gives us a possibility to develop our national and local archaeological open-air museums by getting support and new ideas from other centres. We have learned from OpenArch that most of the partners have similar challenges although there are differences.

Saarijärvi Stone Age village in Central Finland was open to public in 1980, whilst Kierikki, which also hosts a big exhibition building and its own hotel, was opened 21 years later in September 2001. Although there are not many archaeological open-air museums in Finland, they can be very valuable to experimental archaeology and other archaeological open-air museums. Their value lies in the fact that they are located within one of the largest ecosystems of northern wilderness and boreal forests of Europe and thus can show us how prehistoric humans survived in similar environments. In these forests there are thousands of Neolithic sites; according to the register of the National Board of Antiquities over 10,000 are found solely in Finland (Muinaisjäännösrekisteri 2015). This number is increasing every year as more are discovered, providing further evidence about the prehistoric communities living in Northern Europe and Scandinavia.

Kierikki is the northernmost partner of the OpenArch project, providing the EXARC community an opportunity to carry out experimental archaeology and study survival methods in different seasons close to the polar circle. The weather in this area changes from harsh winters of minus 30 degrees Celsius with 1.5 meters of snow to plus 30 degrees Celsius in the summertime. In Finland there are four different seasons and these affect the natural resources, namely animals, fish and birds, along with berries and plants. The prehistoric communities would have had to adapt to this yearly cycle. The open-air museums provide us with valuable material for research and experiments for studying the means of survival for a prehistoric human being.

Despite the cold winter, Kierikki has been a favoured residence for Neolithic communities between 5000-3000 BC (http://www.ouka.fi/oulu/kierikki/research-history). Currently, a total of fifty-seven Neolithic sites are known of, with one particular important site containing a wooden fish trap of a total length of about 10 kilometres, found on both sides of the river Iijoki, around Kierikki. Several excavations, many of them international, have been carried out around Kierikki since the beginning of the 1960s and since 2006, Kierikki Centre has had a public and international excavation carried out beside the main building. The excavations in the Kierikki region have revealed over 20 Neolithic buildings, and some of those have been reconstructed in the Stone Age village.

By taking part in the OpenArch project, along with other partners, the archaeological open-air museum community (via internet and other networks like EXARC) obtained the possibility to try experimental archaeology with northern material culture. For example, the University of Exeter experimented with log boat construction at the Kierikki Stone Age village.

With OpenArch Kierikki was possible to obtain some important contacts and also the possibility to further develop experimental archaeology and get to know its advantages and the current situation in Europe. The funding, contacts and aims specified by the project have been extremely important. With the provided funding, Kierikki managed to achieve several objectives that would not have succeeded without the financial help.

Partial funding and complete funding was provided to Kierikki by the project. The following are some of the achievements obtained thanks to the funding: part of row house in the Stone Age village, Sun Stone film, experiments about iron smelting, production of different materials from reindeer carcasses, along with its filming, a new log boat made by Exeter colleagues and wood splitting experiments (OpenArch 2015). It was a privilege to have University of Exeter as one of the partners joining WP5 “Dialogue with Science”. Kierikki is the smallest partner taking part in the OpenArch project and thus it is difficult to take responsibility for a task as huge as developing “Dialogue with Science”. Apart from this, the University of Exeter has a large student force and carries out international research, which provides credibility to the work carried out here

The biggest problem with Kierikki has been its size—because it is such a small unit, it has only two permanent archaeologists. Most of the activities have to be carried out by temporary employed staff utilizing OpenArch funding or other sources, therefore long-standing development is a challenge. The continuity of international co-operation with experimental archaeologists is very important to Kierikki, however being so far from central Europe make travel grants necessary for it to be an active partner in the international community. Without the economic support international cooperation boils down, especially when the unit is small and far away. For proper co-operation, meeting face to face with other partners provides the opportunity to exhibit each other’s works and progress, which solves the problems of communication.

The richness of international archaeological research gives us a possibility to develop our national and local archaeological open-air museums by getting support and new ideas from other centres. We have learned from OpenArch that most of the partners have similar challenges although there are differences. One such example is the fact that in Scandinavian countries using volunteers is not common and in some cases not even accepted because of collective bargaining. It is important that, when forming part of an EU Project, partners come from different parts of Europe because it brings the cultural diversity and richness of Europe. Projects can also develop the units by means if international colleagues, they can be upgraded to the international level and also the curators of museums can obtain new ideas for developing the centre.

I think that OpenArch has been successful in many ways and I would consider it amongst the best in succeeding in the following:

Personally, OpenArch has been a very important, influential and effective experience, and I very much hope that the project will continue. The fact that resources were well allocated to the main activities was very beneficial. Now that the project has come to an end, the biggest threat is that five years of successful co-operation will end. Although OpenArch has been very laborious in reporting and budgeting, it is a small thing if we look at the overall benefits.

We are now accustomed to EU projects and European partners who proudly present their own roots and local prehistory to colleagues. It is important that this co-operation continues and increases to include new partners. It is also important to be able to apply for financial support from new sources such as the European Union. 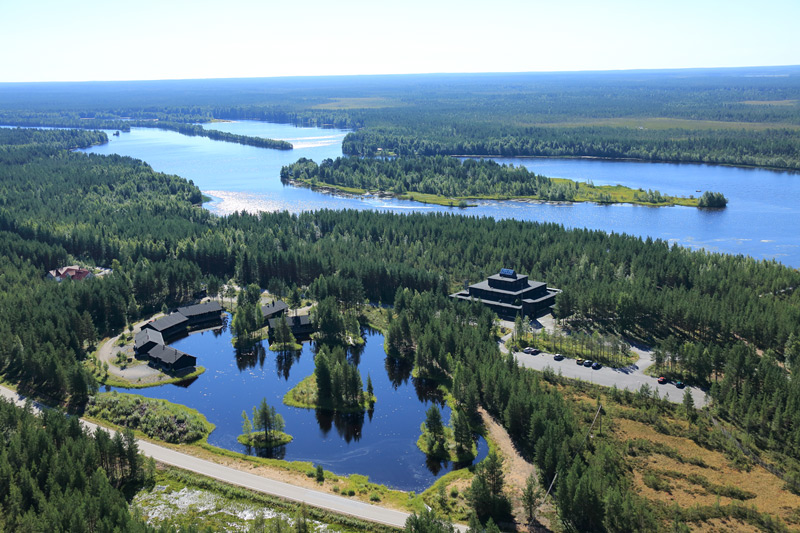 Kierikki Stone Age Centre is an archaeological museum in Yli-Ii, located in northern Finland, 55 kilometres northeast from the city of Oulu. The archaeological site is situated on the shores of the Iijoki river and surrounded by wilderness and bog-land. The museum consists of a large central building for exhibiting finds and an auditorium showing interesting films. There is also a restaurant and a hotel. These edifices are located next to a large and famous Neolithic site complex dating to 5000-3000 BC. Kierikki is known for its public excavations, activities and school programs. It is currently open from May to October and since its opening in 2001 there has been c. 250 000 visitors. To see more: www.kierikki.fi 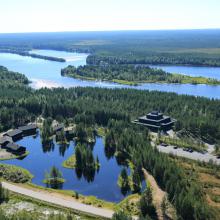 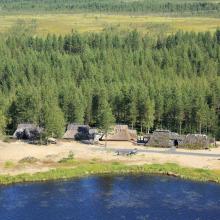 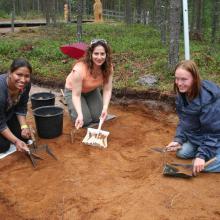 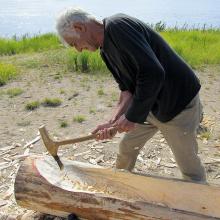 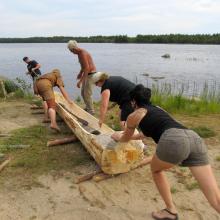 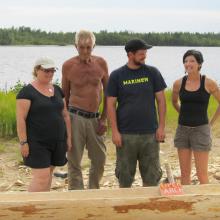 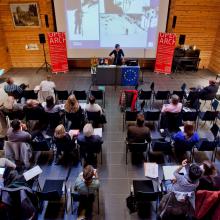 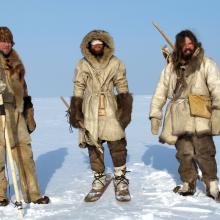 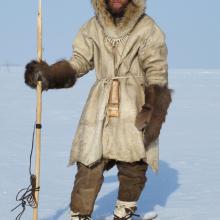 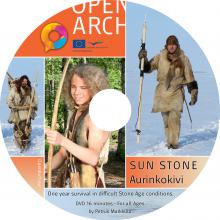 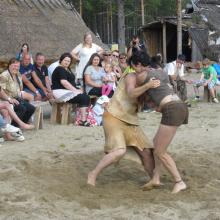 To Reconstruct a Sacrificial Site
A Course in Experiential Archaeology at an Archeopark as a Part of Active University Education
Obituary: Mats Geschwind, Founder of Storholmen Viking Village (20 May 1961 - 25 May 2014)
Book Review: The Value of an Archaeological Open-Air Museum is in its Use by Roeland Paardekooper
Making Butser Ancient Farm More Accessible