Archaeological parks, routes and paths in Slovenia are becoming new cultural-tourist products/attractions which, due to their content, enable visitors to “travel” back to the most remote periods of time.

In the north-eastern part of Slovenia one can find quite a number of tourist landmarks, namely in Slovenske Gorice and Haloze Hills, which are rich in archaeological remains.

These products/attractions were first created in order to preserve the archaeological heritage and to make visitors aware of the rich cultural heritage which can be found at a specific place. The archaeological parks and paths allow for a varied presentation of the heritage, which is mainly due to their “narrative” characteristic. The organisers wish to render life in the past as real as possible with the help of archaeological finds, reconstructed objects and sites, additional presentations (digital and didactic topics, informative panels), and the occasional organisation of live programmes.

In the north-eastern part of Slovenia one can find quite a number of tourist landmarks, namely in Slovenske Gorice and Haloze Hills, which are rich in archaeological remains. Communities situated in the area, namely Benedikt, Cerkvenjak, Majšperk, Miklavž na Dravskem polju, together with their respective civil associations, try to take advantage of the given cultural and historical possibilities available in the area and proudly present their natural, archaeological, ethnological and cultural-historical heritage. All these communities include their heritage within their presentation and information panels, with the aim to raise awareness and improve the knowledge of locals with regards to their natural and cultural heritage, and to diversify the tourist supply. Thus, the mentioned communities have clearly recognised the possibility to attract as many national and foreign tourists as possible. With the participation of different experts and associations'representatives, the communities have managed to organise on their respective territories various thematic, walking and cycling paths, linking natural and cultural-historical landmarks, all of which are interwoven with mythological and similar stories.

Today, these communities boast of the archaeological routes and paths winding across archaeological sites, which are rich in pre-historic and Roman mounds. The following are just a few of the attractions found scattered around the north-eastern part of the county: Archaeological route in Benedikt, Archaeological park in Brengova, Roman tumuli in Miklavž na Dravskem polju, and prehistoric burial mounds in Podlože near Ptujska Gora mountain. All the mentioned sites bear information panels with the basic explanations about the archaeological sites, enlivened with photographs of excavations and unearthed items which are currently kept in the museums in Slovenia and Austria. The open-air archaeological tourist points are open to the public and taken care of by associations and other institutions, such as museums and institutes for the preservation of cultural heritage. 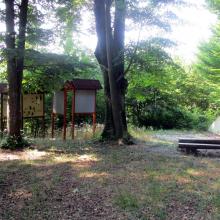 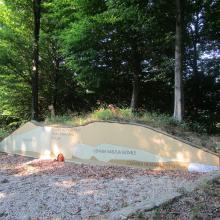 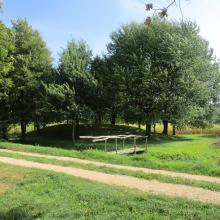 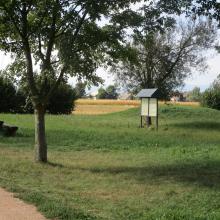 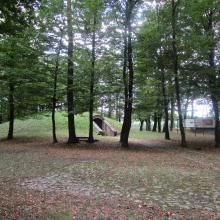 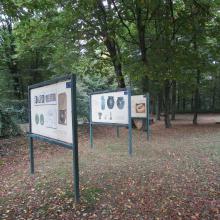