Paja Ul Deˀŋ [padʒaul’deˀŋ] “The People of Big Water” is a conventional and compact name given to Neolithic inhabitants of the territories of Saint Petersburg and the Leningrad region in their hypothetical reconstructed language (it is possible to state that these people spoke a language that was very close to Yeniseian languages). Paja Ul Deˀŋ made axes/adzes mainly of schist, a process that takes approximately a day of continuous work. If a stone is of oval shape and is relatively soft, an axe can be made in two or three hours. However, the harder the stone the stronger the axe. A heavier axe made of a harder stone with a wedge profile is more convenient for cutting a tree than a lighter axe with parallel sides made of relatively soft stone.

Paja Ul Deˀŋ made axes/adzes mainly of schist, a process that takes approximately a day of continuous work. If a stone is of oval shape and is relatively soft, an axe can be made in two or three hours. However, the harder the stone the stronger the axe. A heavier axe made of a harder stone with a wedge profile is more convenient for cutting a tree than a lighter axe with parallel sides made of relatively soft stone.

Paja Ul Deˀŋ [padʒaul’deˀŋ] “The People of Big Water” is a conventional and compact name given to Neolithic people who lived on the coasts of Lake Ladoga and the Littorina Sea in their hypothetical reconstructed language. It is possible to state that these people spoke a language that was a cross between the Yeniseian family and the West Caucasian and Hattic languages (for more details see: Akulov, 2020a; 2020b). While his is arguably an invention of an ethnicity (much like the Minoan culture can be seen as an invention of an ethnicity), we must be able to name a culture/society using a convenient and compact designation in order to speak about it. (See Figure 1)

In historical science it is generally supposed that it is possible to speak about ethnic groups only from modern times, and that it is allegedly incorrect to speak about ethnic groups in relation to prehistoric times. However, in the Neolithic period languages of modern type were already utilised that were direct ancestors of current languages/groups/families, so it is possible to say that different ethnic groups (i.e.: groups speaking different languages and living in different territories) can be identified and defined in the Neolithic period.

This paper focuses on the reconstruction of the manufacturing process of a typical Paja Ul Deˀŋ stone axe.

Many Neolithic sites have been discovered in the territories of Saint Petersburg and the Leningrad region. In this paper I am going to focus my attention on stone axes and adzes from these sites which are located directly on the territory of Saint Petersburg and its immediate vicinity. (For more information about stone axes and adzes found in Neolithic sites from the region, see: Akulov, 2019.)

Adzes from the site of Okhta 1

About 20 adzes/chisels/axes have been found at the site, all of which have been made of schist (Gusentsova and Sorokin, 2011, p.430). All adzes/axes from Okhta 1 are trapezoidal/rectangular in form, and their average length is approximately 10 – 12 cm, while their width is approximately 3 – 5 cm (See Figure 3).

Axes and adzes from the site of Tarkhovka

According to the classification elaborated upon by Semenov (1957, pp.157-164), stone axes usually have symmetrical working ends (See Figure 6) which often have a reduction on only one side, and the strokes received from the work are located at an angle to the blade (Gurina, 1961, p.338). Unlike axes, adzes have an asymmetric end (See Figure 6), a relatively equal degree of reduction of the blade, and traces of work in the form of small strokes that are perpendicular to the edge of the blade (Gurina, 1961, p.340).

Axes and adzes from the site of Hepojarvi

Thus, we can see that the overwhelming majority (30 items of 31) of the above considered axes and adzes in this area in this period were made of schist.

There is a widespread stereotype that Stone Age people used flint tools. However, based on the material of the above sites we can see that Paja Ul Deˀŋ did not make adzes/axes of flint. There is almost no flint in the territories of Saint Petersburg and Leningrad, and therefore, ‘The People of Big Water’ used the available material (different types of schist) for manufacturing adzes and axes, while flint was usually brought from afar and was used mostly for small tools (arrowheads, knife blades and alike items).

A Reconstruction of the Process of Making a Schist Axe

It is possible to state that Paja Ul Deˀŋ unlikely undertook journeys to some remote canyons to find suitable stone. It was enough for them to go to the shore of the Littorina Sea or to the shore of the ancient Ladoga Lake and to look for suitable materials there. It is possible to speak about the principle of economy of efforts, this principle exists in any culture in varying degrees; in its most generalized form, this principle can be formulated in the following way: if some acceptable result can be achieved in two ways, then the simpler way will be more likely to be chosen.

Even now it is not difficult to find a suitable stone (See Figures 12 and 13).

Initially the general contour of the future tool is formed by the technique of pecking, i.e.: the stone is tapped by another stone, unnecessary parts are beaten in order to give the schist stone a sub-rectangular shape (See Figures 14 – 18).

When the shape of the stone becomes more or less rectangular it is possible to grind off asperities and form the blade (See Figures 19 – 33).

Schist stone is very hard and so the axe had to be made in several stages, with the whole process taking approximately 35 – 40 hours. The stage of pecking took about four to hours and the rest of the time was spent grinding.

Usually making an axe of schist stone takes about a day of continuous work. If the unworked stone is already of a suitable oval shape without prominences and foreign inclusions, and if it is relatively soft, then less time can be spent in its production. It is possible to turn a stone into an axe even in two or three hours. On the other hand, the harder is the stone the stronger is the axe: it holds the sharp edge longer, edge does not chip or break on impact, edge cuts deeper (See Figure 34).

The axe received during the above-described experiment was made of relatively hard schist and has pretty wedge profile and so it cuts a tree almost like a modern metal axe (see Pepe Mantani, 2020). This axe is a result of one of the most successful experiments. Using this axe it is possible to cut a tree of about 10 cm in diameter in 3 minutes.

During summer and autumn 2020 I made several stone axes and performed several experiments of cutting a tree with stone axes. And I can say that it is more difficult to cut a tree with a thinner axe which sides are more parallel (See Figures 35 and 37).

This thin axe with parallel sides was made of a relatively soft schist stone of almost oval shape, the stone was converted into an axe in two to three hours. This axe does not hold its sharp edge well and its sharp edge can chip. Also such axe actually doesn’t cut wood, but crumples fibres of wood, turns them into a bast (See Figure 36), and cutting a tree of about 10 – 15 cm in diameter with such axe can take about 30 – 40 minutes.

However, it is possible to say that if there was a need, an axe could be made of almost any schist stone.

And generally, the production of schist axes/adzes was a relatively simple matter for Paja Ul Deˀŋ as any person having the appropriate material to hand could produce as many axes as were needed in a relatively short period of time.

Akulov, A., 2019. Stone adzes and axes found by A. A. Inostrantsev on the southern coast of Lake Ladoga in the context of the stone industry of some other Neolithic sites in the neighborhood of Saint Petersburg. Cultural Anthropology and Ethnosemiotics, 5(4), pp.2-23.

Akulov, A., 2020b. Substrate lexis of Kildin Sami interpreted through languages belonging to the Western branch of the Ainu-Minoan stock:  some notes on the language of Paja ul deˀŋ. Cultural Anthropology and Ethnosemiotics, 6(3), pp.1-7.

Gurina, N.N., 1961. Drevnyaya istoria Severo-Zapada evropeiskoi chasti SSSR [Ancient history of the Northwest of European part of USSR]. Materialy i issledovaniya po arkheologii SSSR (Materials and researches on the archaeology of USSR), 87. Moscow: Academy of Sciences of the USSR.

Semenov, S.A., 1957. Pervobytnaya tekhnika [The prehistoric technique]. Materialy i issledovaniya po arkheologii SSSR [Materials and researches on the archaeology of USSR], 54.  Moscow: Academy of Sciences of the USSR. 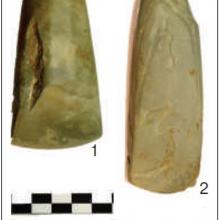 Fig 3. Schist adzes from the site of…

Fig 5. A chisel-like stone tool from…

Fig 6. A scheme representing the…

Fig 7. An axe inserted into a handle.…

Fig 8. An adze attached to the handle… 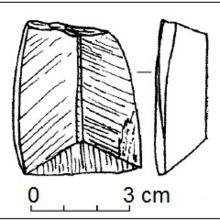 Fig 9. A schist adze from the site of…

Fig 12. A suitable schist stone on the…

Fig 14. Initial pecking of the schist… 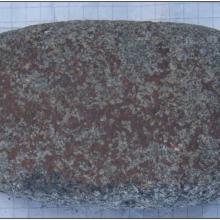 Fig 16. The result of the first pecking…

Fig 17. Pecking of the future working… 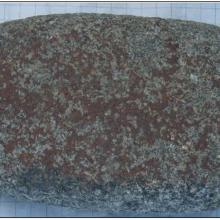 Fig 19. Grinding the stone with wet… 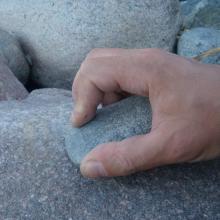 Fig 23. Continuing of grinding with wet… 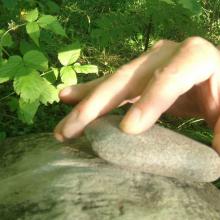 Fig 27. An intermediate result of… 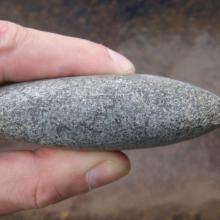 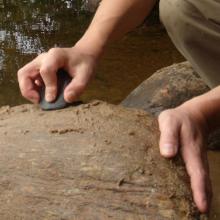 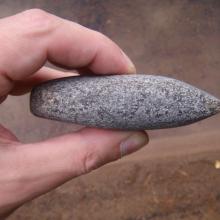 Fig 32. General view of the received… 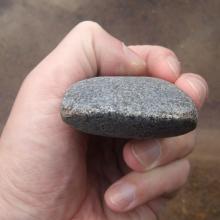 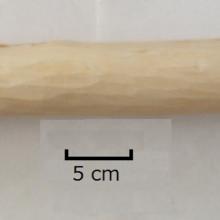 Fig 34. The axe inserted into a handle…

Fig 36. The result of cutting a tree… 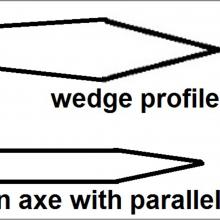 Fig 37. The scheme illustrating the…