This article is derived from a presentation made by the senior author at the OpenArch Conference "Working with stones in European Pre- and Proto-history in theory and in practice" organised by the Archaeological-Ecological Centre Albersdorf (DE), 23-27 September, 2013 (See Figure 1). It chronicles aspects and some results of a long-term study of skill acquisition in stone knapping, Learning to be Human, funded by the Leverhulme Trust, UK.

Highly controlled experimental knapping has much to contribute to the understanding of the development of the human mind and cognition. While this must be done with anatomically modern humans, inferences and analogies may be made, especially when a range of research approaches are used.

Flaked stone tools are one of the few pieces of evidence that can be used to address hominin behaviour in the Palaeolithic. Looking at teaching, practice and natural ability requirements of early technologies can provide information on their complexities. An understanding of these complexities can help to begin to access the cognitive abilities of early hominins (Nowell and Davidson 2010; Hecht et al. 2014).

Unfortunately, it is not possible to directly study hominin behaviours so experimental study using modern humans is a way of obtaining information about the processes involved. While not an ideal analogue, it is within our ability and may shed some light on this critical topic.

In order to study skill acquisition and early hominin cognitive processes, a multiyear experimental stone flaking study was funded by the Leverhulme Trust.  This research was designed with three strands linked by a focus on Oldowan core tool, Acheulean handaxe and Levallois technologies (See Figure 2) and the use of a group of experimental knappers. The first strand was an experimental study of flintknapping skill acquisition undertaken by the authors at the University of Exeter. The second strand included fMRI brain scans of the experimental knappers undertaken by Drs. Dietrich Stout and Erin Hecht, Emory University, Atlanta, USA and at the Wellcome Trust Centre in London, UK. The third strand was a transmission chain design study supervised by Professor James Steele and undertaken by Stuart Page University College, London. This article relates only to the skill acquisition strand (Khreisheh  2013).

The study of skill acquisition incorporated a basic test proposition that learning complex knapping is primarily an intellectual development and once the principles are understood expertise follows, or alternatively, high skill development relies on long-term practice resulting in intellectual understanding.

A study group of 16 people was recruited and their knapping learning documented and assessed over a period of two years. There were three groups; core, wider beginners and wider experienced. The core group consisted of eight subjects with no prior knapping experience. All were right handed (because of a need for brain scanning controls) but there were no selection criteria for age or sex. This group underwent intensive training, contact with archaeological and replica artefacts and systematic assessment within a scheduled and controlled regimen.

A smaller group of beginners was recruited based on the same selection criteria but their training was less intensive but still within a controlled regimen. The wider experienced group had less intensive training, came from a range of experience levels and were not all based at Exeter.

All core group members took Initial aptitude assessments including spatial ability and motor skills tests as well as a questionnaire that covered their previous experience of flaked stone technologies and other craft activities. They then received introductory training in the required knapping techniques. Over the two years of record keeping this group also undertook three intensive multi-week training sessions where they also studied archaeological collections (in Texas, France and Denmark). Regular skill assessments were spread through this time in the three required technologies. Knappers kept records of their individual practice sessions on supplied forms (See Figure 3, PDF).

Taught sessions introduced each technology to the groups through a demonstration by Professor Bradley. These occurred at regular intervals and while they focused on the three specific technologies they were not restricted to them. During the same session the knappers practiced the demonstrated technique(s) and received one-on-one as well as group tuition.

Records included the knapper practice forms (See Figure 3, PDF), assessment forms and all of the knapping practical assessments were digitally videoed. These records are on file at the University of Exeter, Department of Archaeology.

Skill assessments in both connaissance (intellectual understanding) and savoir-faire (knapping ability) were performed at regular intervals during project. There were four assessments for flaking and 3 each for handaxe and Levallois using standardized porcelain (Khreisheh et al. 2013) precores (See Figure 4).

In connaissance assessments the knappers described how they would remove flakes from a sample core and draw predictions with chalk. These were evaluated by two accomplished knappers, usually Bradley and Khreisheh, and an agreement was reached and recorded for the session. For savoir-faire the knappers carried out the technology and this was skill rated by the same experts. Scores ranged from 1 to 5 for both assessments, the knapping sessions were videoed and the resulting flakes and cores were retained for analysis.

Several trends were noted based on the skill assessments (See Figure 5 for an example of graphed results).

General
Teaching, practice and natural aptitude all contribute to the levels of skill achieved in early flaked stone technologies. Comparing skill acquisition for connaissance and savoir-faire suggests that the differences in difficulty between Oldowan and Acheulean handaxe were primarily physical. The differences between handaxe and Levallois were primarily conceptual.

These results have implications for the different cognitive capacities of the hominin species that first made these technologies. The impact of teaching skill in handaxe technology suggests that from this point some level of social teaching may have been part of skill acquisition.

Highly controlled experimental knapping has much to contribute to the understanding of the development of the human mind and cognition. While this must be done with anatomically modern humans, inferences and analogies may be made, especially when a range of research approaches are used. While specific and concrete results have been derived from this project and research is on-going, it has resulted in the application of new methods and approaches. A particular value in this research has been the length of the knapping teaching and learning. This project is just a beginning with many new questions arising from the research and an almost unlimited scope for new ways of understanding how we learned to be human.

During the conference in Albersdorf there were many demonstrations (See Figure 6) and workshops of knapping and it was clear there is a great public interest in the craft. Discussions were held as to if and how this sort of study could be undertaken in Outdoor Centres where knapping takes place. It was agreed that records of the knapping activity could be designed and kept but the problem would be in having expert knappers available to do the training and assessment sessions. While it was envisioned that expert knappers could be engaged for individual sessions the difficulty of having the same experts available over an extended periods, a necessity for adequate controls, was probably insurmountable without a reliable and sustainable funding source.

We would like to express our gratitude to the Leverhulme Trust for its financial support and commitment to supporting ‘risky’ interdisciplinary research. Thanks are also due to the OpenArch Project for providing the funding for the Conference. The support of the academic institutions and the people who assisted in managing the Learning to be Human project are also acknowledged. Special thanks are also due to all of the dedicated knapping volunteers who contributed time and effort to the project.

KHREISHEH, N., DAVIES, D. and BRADLEY, B. 2013    Extending Experimental Control: The Use of Porcelain in Flaked Stone Experimentation.  Advances in Archaeological Practice: A Journal of the Society for American Archaeology. Delivered by http://saa.metapress.com, IP Address: 144.173.216.75

NOWELL, A. and DAVIDSON, I. (eds.) 2010. Stone Tools and the Evolution of Human Cognition, University Press of Colorado, Boulder. 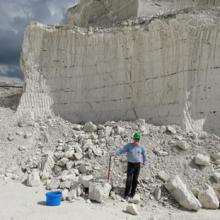 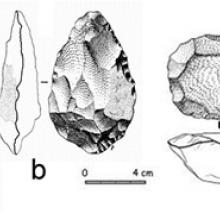 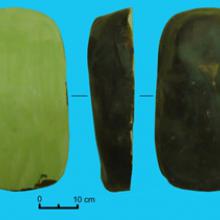 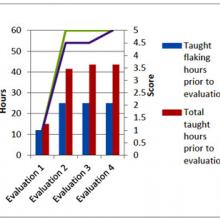 Fig 5. Example of a graphic… 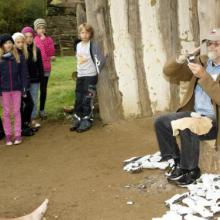 Stone Tools of Shetland: Experimental Felsite Project
Principles of Experimental Research in Archaeology
Book Review: Die byzantinische Steinsäge von Ephesos by Fritz Mangartz
Enhancing the Accuracy of Use Interpretation: The Discovery of a New Wear Formation with the Complementary Methods of Experimental Archaeology and Use-Wear Analysis
Spinning in Circles: the Production and Function of Upper Palaeolithic Rondelles