The reconstruction of a First Century AD Roman cavalry saddle has not been investigated since Peter Connolly introduced his ideas of a wooden tree saddle in 1984, based on the evidence and dimensions provided by archaeological finds of leather saddle covers and bronze saddle horn reinforcers. This alternative reconstruction, not using wood, was designed to address the written and practical evidence for the lack of rider stability in Connolly’s (1986) reconstructed saddle. Supported by the lack of archaeological evidence for a wooden tree, this reconstruction demonstrated that a design of straw and lanolin-rich fleece provided a viable alternative for the stability of the rider on a mechanical horse. The need for the bronze “stiffeners” for the horns of the saddle were found to be required for the necessary rigidity of the saddle construction to support the rider without compromising the comfort for both horse and rider.

The author conducted a Pilot Study by questionnaire survey of 40 Roman re-enactor riders on the stability and utility of their reconstructed Roman saddle of the Connolly design (wooden tree). (...) The riders were stable in walk, trot, canter and gallop except for the less experienced riders who experienced difficulty in trot. The use of weapons by the riders (sword, lance and bow), however, reflected an overall lack of confidence in the saddle’s stability.

The design and the construction of the Roman saddle has not received much academic attention since the work done by Peter Connolly in 1986 (Connolly, 1986, p. 353) and Connolly with Carol von Driel in 1991 (Connolly, P, van Driel-Murray, C, 1991, pp. 33-50) . Many, if not most, reconstructions of the saddle used by Living History and re-enactment groups follow the Connolly design that is based upon a wooden tree1  and wooden seat supports, or horns. Connolly’s (1986) main argument for this construction was the stress patterns he observed during his illustration of finds of saddle covers from Valkenburg (Groenman-van Waateringe, 1967, p. 106ff), which he proposed indicated a rigid frame under the cover. The saddle reconstruction was therefore based upon what the cover indicated but nothing of the actual construction nor the materials used are known; except for a potential wooden artefact found at Carlisle, UK, speculatively identified as part of a saddle tree (Howard-Davis, 2009, pp. 500-501). It should be noted, however, that the equipment used by pack animals as opposed to riding horses and ponies has not been separately identified in the archaeological record except for possibly bridle bits (Curle, 1911, p. 295ff). It should also be noted that stretch marks on the hides used for the saddle cover can be caused by the hide curing process (See Figure 1).

As part of the MSc in Equine Behaviour, Performance and Training at University Centre Sparsholt, UK, the author conducted a Pilot Study by questionnaire survey of 40 Roman re-enactor riders on the stability and utility of their reconstructed Roman saddle of the Connolly design (wooden tree). The results of the questionnaire found that the riders were stable in walk, trot, canter and gallop except for the less experienced riders who experienced difficulty in trot. The use of weapons by the riders (sword, lance and bow), however, reflected an overall lack of confidence in the saddle’s stability, leading to a reduced range of motion in the use of the weapons i.e. confidence in leaning out of the saddle to use the weapons to best effect. These results, in part, confirmed comments made by Connolly’s principal test riders, Hyland (Hyland, 1990, p. 132) and Duckworth (Gilmour, 2004, p. 17). Following up on these results, the author’s dissertation compared modern saddles of varying flap design (the part against which the rider’s thigh rests) and the flapless Roman saddle which utilises horns in front of and behind the rider on each corner of the saddle seat instead of stirrups. The fifteen participants in this follow-up project rode in four different saddle designs in walk, trot and canter, the Connolly saddle being one of these. The mechanical horse at the Sir Mark Todd Rider Performance Studio at University Centre Sparsholt, UK, was used for the trials to reduce the variations live horses would bring to the data collection (See Figure 2).

The Roman saddle compared favourably with the three modern saddles, but comments given by the participants of the saddle study referred more to the rigidity of the Connolly design rather than their ability to ride the horse. The main comment made was that the wooden side boards of the Connolly reconstruction prevented the riders from wrapping their leg around the horse and thereby influencing their stability. This exactly reflects the comments by Hyland (Hyland, 1990, p. 132).

In view of the feedback and comments from Connolly himself (Connolly and van Driel-Murray, 1991, p. 50), Hyland (Hyland, 1990, p. 132) and Duckworth (Gilmour, 2004, p. 17), it was decided to make a reconstruction saddle without wood, the aim of which was to improve the rider’s ability to wrap the legs around the horse and therefore stability in the saddle.

The dimensions of the saddle were taken from the Valkenburg saddle cover details illustrations (Groenman-van Waateringe, 1967, p. 115), and the dimensions of metal saddle parts analysed by Connolly (Connolly and van Driel-Murray, 1991, p. 49):

The tree was constructed using the technique for Vaquero saddles traditionally used for light cavalry, cattle working and bull fighting (Pereira, 2001, p. p134), with Aquila thatching straw stuffed into linen (See Figure 3). Pig skin was used for the panels2  and goat skin for the saddle horns. The unwashed fleece was used to stuff the panels and the horns, and wool felt was used as a cover for the tree.

The fleece used was Cotswold Lion, a breed held to have been imported into Britain by the Romans. It has an average staple length of between 8 and 12cm from adult sheep and is so rich in lanolin it could, with reason, be called a “golden” fleece. The fleece was unwashed to maintain the waterproof properties. An experiment wrapping the thatching straw in the fleece showed that although over a period of three weeks the straw absorbed the lanolin, its structural integrity was not compromised, that is, it did not soften (See Figure 4).

There are still questions about how the girth was fitted since there is no evidence of fitted girths with the saddle covers excavated so far. Groenman-van Waateringe suggested that the openings on the saddle covers could be for adjustable straps (Groenman-van Waateringe, 1967, p. 210). This was adopted for the girthing arrangement decided upon for trials on the mechanical horse, where the girth passed between the straw tree and the panels of the saddle. This was effective but it should be noted that the girthing requirements for the mechanical horse are placed far forward compared to a real horse due to the placing of three leg sensors (See Figure 1).

The completed reconstruction saddle was inspected by a British Master Saddler and passed fit for form and function (See Figure 4). This means that the saddle conformed to the principles of saddle design for the requirements of correct fit for the comfort of the horse. The saddle was then tested for rider comfort and utility on the mechanical horse in a comparison test with the Connolly saddle (See Figure 5). A volunteer male rider of approximately 6ft in height, to satisfy Vegetius’ description of a cavalryman in Part 1 of his De re militari (Clarke, 1767, p. 10), rode in walk, trot and canter in each saddle (See Figure 6).

It was noted that the contours of the new reconstruction’s panels were better at moulding themselves to the horse and there was no “bridging” of the panels, a feature to be avoided in modern saddle fitting. This bridging effect is where the panels do not conform to the horse’s back causing discomfort and riding problems. This bridging was present in the Connolly saddle and could only be rectified by adding a saddle pad with shims to level the saddle on the horse’s back (See Figure 1). The rider also commented that the Connolly saddle held him in place like a cradle whereas the straw/fleece reconstruction did not fix him in place. The wooden horns of the Connolly saddle – which are known to break – were also uncomfortable after a period of cantering.

During the riding trials it was found that the new reconstruction’s horns were too flexible and highlighted the case for “stiffeners”, the bronze saddle horn covers found in the archaeological record (Curle, 1911, p. 177). This was also noted when the rider adopted a light or half seat, that is rising out of the saddle from the strength of the thighs only as if making a sword or spear thrust. The requirement of bronze “stiffeners” to reinforce the wooden construction produced by Connolly has been questioned but it is clear from this reconstruction without wood that they would be necessary for the stability of the rider.

The new saddle construction weighs less than the Connolly saddle yet retains rigidity which is seen as a positive for the horse since it must also carry an armoured and armed rider. There is a need for further research to optimise the new reconstruction for girth placement and “stiffeners” before field trials can be conducted with live horses. A saddle cover has not yet been made to complete the reconstruction as the author is sourcing a blacksmith to manufacture “stiffeners” so that further experiments can be conducted.

The author wishes to thank the Roman Society’s Audrey Barrie Brown and Donald Atkinson fund for the grant towards materials to make the reconstructed saddle. Thanks are also due to Grace MacMillan from Alderbrook Farm, UK, for the fleece and Richard Metter, Master Thatcher, UK, for the straw; also thanks to my MSc Tutor, Lorna Cameron, for her support and encouragement and to the University Centre Sparsholt, UK for the use of the mechanical horse for the testing of the saddle design.

Curle, J., 1911. A Roman frontier post and its people; The fort of Newstead in the parish of Melrose. Glasgow: Society of Antiquaries of Scotland.

Gilmour, L., 2004. In the saddle; an exploration of the saddle through history. London: Archetype Publications Ltd.

Tomassini, G. B., 2014. The Italian Tradition of Equestrian Art; a survey of the treatises on horsemanship from the Renaissance and the Centuries following. Franktown: Xenophon Press. 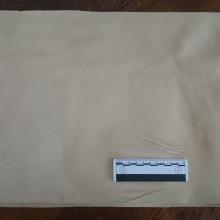 Fig 1. Stretch marks on pigskin from… 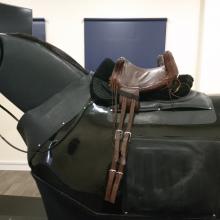 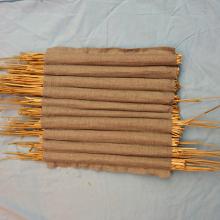 Fig 3. The thatching straw is stuffed… 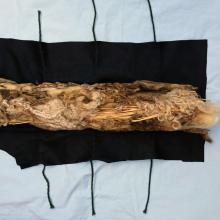 Fig 4. The thatching straw wrapped in… 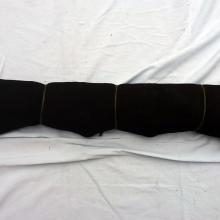 Fig 5. The thatching straw wrapped in… 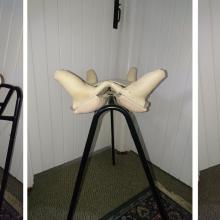 Fig 6. Side, front and rear views of… 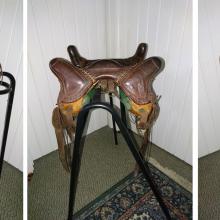 Fig 7. Side, front and rear views of… 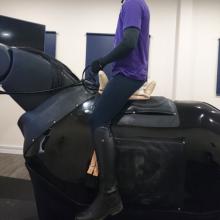