The 2010 international symposium of the Austrian Society for Prehistory and Early History (ÖGUF) took place 27-30 October at The Museum for Natural History in Vienna under the patronage of State Captain and Mayor of Vienna Dr. Michael Häupl – and the general director of the Museum for Natural History Vienna, Univ.-Prof. Dr. Christian Köberl. Theme was experimental archaeology: theory, practice, science, education.

Goal of this year’s ÖGUF Symposium was to summarise experimental archaeology in its broad base, using new research results as well as to give students the chance to present their results in an adequate manner.

Focus of this symposium was not only at different material groups (metal, wood, bone, textiles, glass, ceramics et cetera) and technological and crafts type of processes, there were as well discussions on socio-archaeological themes like for example management of resources, organisational structures or the dynamics of society. Such themes can only be researched in long time experiments. A few presentations showed steps in unfinished experiments (work in progress).

One part of the conference was dedicated to the transferral of these results for museum education, meaning to make the results of archaeological research public in a way no other research method except experimental archaeology, archaeo-technique can. The archaeological museum in Biskupin (Poland), the museum at the Lago di Ledro (Italy) as well as the open-air area at Kernavė (Lithuania), all members of EXARC represented international examples of this.

The ÖGUF, as non-profit scientific association with by now about 1100 members in Austria and abroad keeps being involved to make international contacts and to promote scientific discourse and involvement of young professionals. For ÖGUF, a functioning scientific community is very important especially where it concerns interdisciplinary cooperation.

Goal of this year’s ÖGUF Symposium was to summarise experimental archaeology in its broad base, using new research results as well as to give students the chance to present their results in an adequate manner.

For this year’s conference, several parties helped organising, the prehistoric department of the Museum for Natural History Vienna, the Institute for Prehistory and Early History, the interdisciplinary research institute VIAS Vienna Institute of Archaeological Science, both of the Vienna University just like the active ÖGUF-workgroup Experimental Archaeology. International cooperation was found with EXAR – the European Association for Promotion of Experimental Archaeology as well as EXARC – the international ICOM affiliated organisation for Archaeological Open-Air Museums and Experimental Archaeology, together representing the two largest European associations on experimental archaeology. EXAR had their largest yearly convention in 2003 in Vienna, which back then was already supported with pleasure by the country and capital Vienna!

Over 230 participants from Germany, the Czech Republic, Poland, Lithuania, Hungary, Italy, the Netherlands, Switzerland and Austria emphasised the international character of the scientific meeting. In four days, 42 presentations were given by a total of 48 speakers, there was a celebratory presentation, a book sale, two excursions to the archaeological open-air museums at Schwarzenbach and Asparn/Zaya which includes the Prehistoric Museum. Both the municipality Schwarzenbach and Asparn/Zaya just as the friends of the Prehistoric Museum at Asparn/Zaya supported the excursions with pleasure.

The moment supreme was the evening reception by the State Captain and Mayor of Vienna Dr. Michael Häupl together with the general director of the Vienna Museum for Natural History, Univ.-Prof. Dr. Christian Köberl – in the oldest area of Vienna. 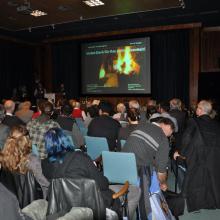 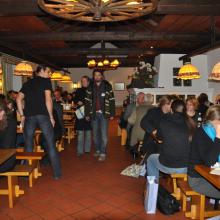 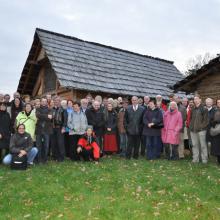 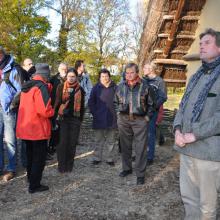 Conference Review: The Metalworker and his Tools: QUB Belfast Conference
Conference Review: Archaeological Open-Air Museums: Reconstruction and Reenactment – Reality or Fiction?
The Iron Age Iberian Experimental Pottery Kiln of Verdú, Catalonia, Spain
How to make Yours one of the Good presentations
The Scientific Basis for the Reconstruction of Prehistoric and Protohistoric Houses