75 Years of History on Concrete Floors

Museum pedagogy is very important in Oerlinghausen: hardly any other German archaeological museum has developed a group program this early and so consistently that goes beyond the ‘frontal guided tour’.

In 1936, the Reichsbund für deutsche Vorgeschichte (Imperial Union for German Prehistory) constructed two complete decorated Germanic houses. For the opening ceremonies of this new kind of museum, a large number of National Socialistic (NS) VIPs visited, including among others Reichserziehungsminister (Imperial Minister of Education) Alfred Rust and, a little later, Reichsleiter (Imperial Leader) Alfred Rosenberg (See Figure 3). This exemplifies the high importance this site received in this period. The only comparable monument of the National Socialist historical propaganda in Germany is at Unteruhldingen at Lake Constance.

What was presented was a radically new Germanic image, more strictly oriented to archaeological knowledge than it had been previously in the Weimar Republic, the presentation of the Germanic past was subject to scientific control. For example, one use of the newly built houses was as a set for the ethnic theatre piece Oerl Bark, for which Germanic costumes had been produced following archaeological examples (See Figure 2). The Blut und Boden play seems today to be clichéd, but it fitted into the trend of National Socialistic theatre politics of 1936. The idea back then was to step away from the middle class Proscenium theatre and make scenes, preferably in the open air, and interact with the public. In the same summer of 1936 a forest theatre in Berlin, applying these new strategies, had opened in grand style. However, such theatres dropped out of the cultural political fashion by the winter of 1936.

The qualitative increase in presentation was opposed by the complete ideologising of the contents. Cleanly sawed beams and concrete floors evoked the image of a noble chasteness. Promoting the Iron Age was more than anywhere else, radically subordinated to propagandist goals. After 1945, the site at Oerlinghausen was rebuilt twice in the same style (See Figure 4).

This past of the museum is now a chance for to encourage a critical approach to ethnic images of the past, and also a chance for a dialectic self-questioning of our own constructions of history. Now at Oerlinghausen, nothing is presented as a universal truth, everything is questioned. At every corner, things are re-constructed, changed, newly interpreted. And the many different images of the past in these 75 years are confronted with each other within a very small space.

At present, visitors experience the daily life and environment of prehistoric people from the reindeer hunting period up to the Early Middle Ages. In every settlement part, the vegetation of the same period is presented at an equal level.

The most famous building at the site is the Middle Neolithic longhouse form the final period of the Rössener Culture (4350-4300 BC). Its archaeological example is House 9 of the settlement Inden I from the brown coal area between Cologne and Jülich. This was a large, average-sized house, which stood at the edge of a group of trapezoid houses, surrounded by a fence. This was the first reconstruction of Neolithic architecture in the German post war period which was officially taken seriously, and that was in the 1980s! This pioneer work was a landmark accomplishment, showing prehistoric archaeological open-air museums were useful again. As the municipal Building Control was overwhelmed by the Neolithic statics, the wooden constructions turned out to be a bit rustic. The Oerlinghausen longhouse, however, has not lost its charm: for many visitors it embodies the Neolithic atmosphere of living. The sober interior decoration may be quite close to the reality of back then. The latest addition to the Oerlinghausen museum is an Early Medieval longhouse of the Warendorf type, which was completed two years ago.

Museum pedagogy is very important in Oerlinghausen: hardly any other German archaeological museum has developed a group program this early and so consistently that goes beyond the ‘frontal guided tour’. This is not just about children but also about adults. Almost any group of visitors gets a museum pedagogic program where the classic guided tour through the museum is only a small part of the total. Using a kind of modular system with over 20 singular programs, one can compose the ideal mix for a stay in the museum at individual level. As the percentage of group visits at Oerlinghausen is very high, this system leads to an enormously intensive organisation. But the high costs for organisation and well trained staff is made up for by the experience that prehistory is better explained by people and not monitors.
At present, the museum is working on a large, interdisciplinary project in which drama pedagogic programs and action-oriented programs will be combined in a completely new way. The tried and tested offer, which spans from father-child-experience days to roasting hazelnuts, will of course be kept intact.

Directly behind the museum is the largest protected nature area in the country, Nordrhein-Westfalen, which will be expanded heavily in the coming years. This chance for tourism will result in the idea that the archaeological open-air museum Oerlinghausen will be able to escort history in a critical fashion for another 75 years. 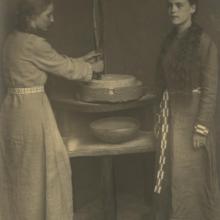 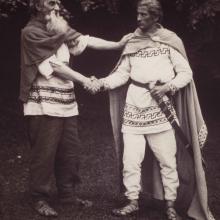 Fig 2. Scene from the theatre play… 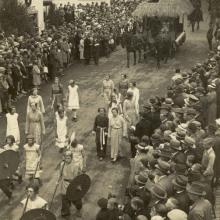 Fig 3. Celebrations at the opening of… 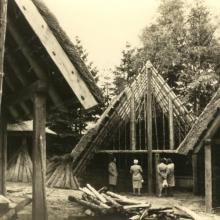 Fig 4. The construction of the second… 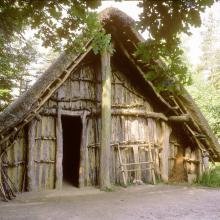 Fig 5. The Neolithic house of the… 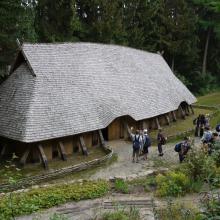 Ways of Structuring and Organizing an Archaeological Open-Air Museum
Kierikki Stone Age Centre – The Advantages of Being an OpenArch Funded Project
Interview: JAPKE – The Female Viking Power-house of Lejre
Putting on a Show - The How and Why of Historical Shows and Theatre in a Historical Setting or Theme-park
Learning to Recreate, Recreating to Learn. Experimental Archaeology