Drying Meat Today as During the Late Glacial Period

Western Europe during the Upper Palaeolithic, between 42,000 years ago and 12,000 years ago, was sparsely wooded, but later there was an increase in the percentage of specimens of birch, abies, fagus and tilia hosting wildlife similar to that already present during the Middle Palaeolithic. With the recent phase, starting from 24,000 years ago, humans in this territory become specialized in hunting reindeer. Later, with the interstage Wűrm III-IV and then with the late glacial Wűrm from 15,000 years ago, the most common tree species were oak, hazel, elm, and ash. These species are still typical of the location of the current experiment. In this area, between the regions of Tuscany and Liguria, humans during this time hunted bovines, swine and cervids.

The analysis conducted on the samples demonstrated a good edibility of dried meat that meets the current European Regulations for healthy food. The product was consumed by the author.

Several studies of dental remains of human skulls have made it possible to study the diet from this time based on tooth wear. During the Palaeolithic tooth wear was greater in the front because the teeth are often used to snatch the food and as a third hand in daily activities. Tooth enamel is not replaced with time as the calcium in bones is. Analysis of calcium production does not show any unusual food shortages. The food shortages recorded in the Palaeolithic  are much smaller than in the Neolithic. While by this period fire had been in use for hundreds of thousands of years, among the palaeontologists it is widely argued that the cooking of meat was limited to making it more digestible and chewy rather than creating real dishes.

At the end of the Palaeolithic, about 12,000 years ago, modern humans had a healthy diet, rich in fresh vegetables and proteins. People at this point performed many physical activities, and by not living with animals or staying in unhealthy places, they were much healthier than their Neolithic successors.

160,000 years ago in the current French Maritime Alps, in a climate and geographical situation similar to that of the experiment, Homo erectus used the Lazaret Cave near Nice as a base organized during the winter. The group of about 30 individuals had smoked almost 4 tons of meat from large and small mammals using algae (De Lumley 2005).

This experiment tests the effectiveness of air-drying to preserve freshly butchered meat so that it can be stored for a long time. Many foods can be naturally preserved, thanks to favourable climatic conditions. People simply observing nature, even now a teacher of life, may have copied how to preserve perishable foods. The idea of ​​doing this experiment came after observing the remains of dried meat curtains hanging out to dry to make glue. Today, although the reasons are not related to conservation, hunting in this area is open during the winter as in the past (Food and agriculture organization of the United Nations 1990; Casley-Smith 1975).

The place of experiment

The area for experimentation is Fosdinovo (Italy), entrance to the Apuan Alps Regional Park, located at 550 m above sea level, which is only 9 km as the crow flies. The mountain range is a barrier against the northern winds.

The micro-climate is Mediterranean, with windy summers and mild winters. The Apuan Alps, almost 2,000 m above sea level, represent one of the most important karst areas of Italy. There are almost 1000 caves, some of them used during the late Pleistocene. The precipitation values ​​are high due to proximity to the sea and exposure to humid winds that blow from the southwest quadrant. From the coast you also receive sirocco winds due to topography (Bradley and Medda 1992). These winds are nearly constant in the afternoon in the area where we performed the experiment, a place that is protected from northern winds. The entry of one of the many caves in the area has been used as a porch with an opening of 6 m2, facing west-southwest. To decide where to conduct the experiment I have identified changes in microclimate around the place of experiment thanks to the presence of small wild plants.

The experiment was divided into three periods closer to the end of winter. The bacteria levels remained low due to the lack of insects depositing eggs on the meat. After hanging the meat we avoided any contact. Instead, we deliberately ran the risk that some animals could touch it. We used fresh beef because wild boar and deer, as indicated in the typical wildlife now, as ever, was found only in small pieces, without the possibility of making strips to hang. The beef strips were 12-20 cm long, 2-3 cm wide and 1.5 cm thick. The meat was perfectly dry after 5-6 days for all three cases. By controlling the behaviour of the meat, it was noted that there was a rapid loss of moisture, with the decrease in volume and weight at the beginning of the tests. Towards the end of the process these transformations slowed to a stop, reaching an equilibrium condition of internal moisture. Drying the meat creates an environment that limits the proliferation of bacteria.

Despite the different climatic conditions, apparently not optimal for the process, all three experiments produced acceptable results. The results were very similar and the final conditions of the survey were therefore simplified. Samples were taken of fresh meat, at two successive moments of the drying, at the time of removal from exposure to air and when the meat had been stowed for storage. For logistical reasons it was not possible to test the process more then three times.

The three meat matrices were analysed considering five microbiological parameters such as: pH, water activity, presence of bacteria such as Pseudomonas spp. bacterium, enterobacteria, and finally the mesophilic aerobic microorganisms at 30°C (Food Safety and Inspection Service 2005a, 2005b and 2011; Harper et al 2010; Yang et al 2009).

A few grams of each sample were taken, to which peptone water was added. The appropriate dilutions were prepared and subsequently seeded into the plates for growth of microorganisms. The inoculated plates were incubated at the temperatures and times required by standard operating procedures. This means that initial suspension was prepared in such a way as to obtain as uniform a distribution as possible of the microorganisms contained in the test portion. If necessary, decimal dilutions are prepared in order to reduce the number of microorganisms per unit volume to allow, after incubation, observation of their growth in colony (in the case of plates), as stated in each specific standard. In order to improve the reproducibility of the results, it is recommended that, for the preparation of the diluent, a dehydrated complete preparation should be used. Into a sterile plastic bag, weigh a mass representative of the test sample, add a quantity of diluent equal to 9 × m g or 9 × V ml. Incubate the Petri dishes in general for 24-48 hours and count the developed colonies.

Although some agents were destroyed during the drying, this process is not in itself lethal. Bacteria require relatively high levels of moisture for their growth, while yeast and mould are less demanding. When the value of water activity Aw is equal to 0.65, it becomes very unlikely that an alteration occurs, even for prolonged periods (up to two years). According to Annex 1, Chapter 1, footnote 8 of the law European EC REG 2073/05, food with pH ≤ 4.4 or ≤ 0.92 Aw is considered to not favour the growth of the pathogen products.

Dried meat, and in general all dried food, is in accordance when the total counts of enterobacteria become zero or close to zero. This goal has been reached by sample No. 3 (meat after 16 days) in which that value is <10UFC / g.

The first domestic refrigerator was sold in 1913. Since then, man has always been less considerate of the seasons and microclimates around the house to store food. Like a child who has just learned to eat alone, we instinctively consume more food than just a store. A child with three small cookies will eat them all together to make sure nobody steals them, exactly as would a wild animal.

We must not forget that, until a few years ago, people in the countryside survived with no refrigeration. It is not so hard to think you could dry the meat still employing only wind and sun. The variable element of the experiments was the weather. The spring progressed and the weather became increasingly difficult to dry the meat.

The analysis conducted on the samples demonstrated a good edibility of dried meat that meets the current European Regulations for healthy food. The product was consumed by the author. It was odourless, stringy, greasy and almost tasteless. The colour was reddish brown, with a texture similar to leather. The thickness was very small compared to fresh meat, making it easy to cut with a knife of flint. The meat broke almost like a biscuit. Chewing was difficult and the author needed to soften it in his mouth, which required a lot of work the jaw muscles. It 's likely that in the past the meat was rehydrated before being consumed.

Experiments on the process of drying meat were conducted in environmental and climatic conditions similar to the Late Glacial Age (about 15,000 years ago) in the hills facing the sea in north-western Italy. Using only the exposure in both open and covered conditions, three experiments were carried out in different climatic conditions. The dried meat produced was analysed based on national research and food controls. Food preservation by dehydration is based on the fact that the microorganisms and enzymes require water to be active. The objective of such methods is to reduce the moisture content enough to inhibit the activity of spoilage and pathogenic agents. Dried foods generally do not contain more than 25% humidity and have a value of Aw between 0 and 0.60. The result showed a significant reduction of more than half of the initial weight in all samples examined, the dehydrated meat had values of bacteria almost zero, very acidic pH and water activity of 0.498 (data for sample no. 3).
The author has consumed the edible result. The microbiological quality of the dried product at 16 days is great, although the stable product must be stored in the correct way in order to prevent contamination of some agents, such as moulds and yeasts, that survive even with values so unfavourable. The dried meat is a product that is not part of traditional food of the present European countries, but represents some African and Asian food customarily consumed.

Food and agriculture organization of the United Nations, 1990. Manual on simple methods of meat preservation. Rome: Food and Agriculture Org. 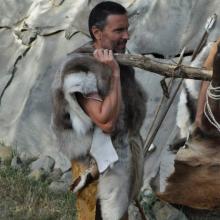 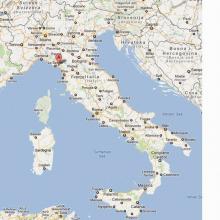 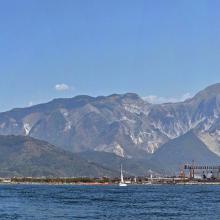 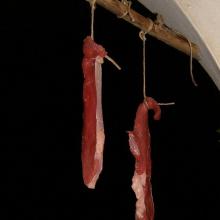 Fig 4. The meat at the time of first… 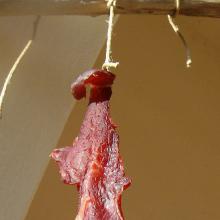 Fig 5. The meat during exposure on air. 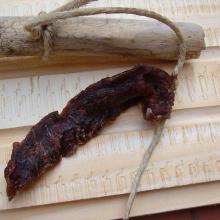 Fig 6. The meat at the end of exposure… 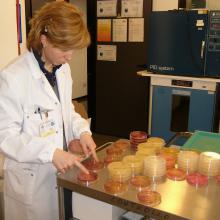 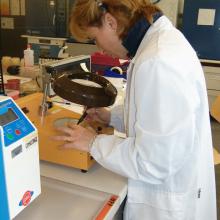 Fig 8. Valeria Cosma front of the… 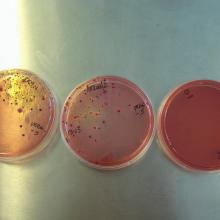 Fig 9. Plates sowing for the detection… 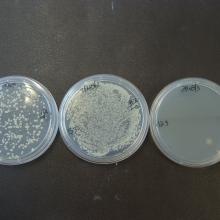 Fig 10. Plates sowing for the detection… 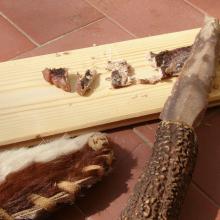 The Role of Saltmarsh Plants in Iron Age and Roman Salt Production in the Thames Estuary, UK
The Mother of All Bead Furnaces: Testing a Hypothesis about a Natural Draft Bead Furnace
Experimental Production of High and Late Medieval Pottery at the Scientific Research Centre in Panská Lhota
Stone Moulds from Terramare (Northern Italy): Analytical Approach and Experimental Reproduction
Remarks to the Publication of Archaeological Experiments