In the present paper an experiment made in north-western Iberia for producing bronze using local ores and similar techniques to those perhaps practiced by the ancient prehistoric metallurgists during Bronze Age is described. Preliminary results of SEM-EDS analysis made to the metallurgical products are also presented, showing that bronze could be produced in a simple smelting structure by smelting copper ores with tin ores (co-smelting), producing metallic prills of various Cu-Sn compositions and slags with heterogeneous microstrucutres.

One of the main aims was to gain knowledge, through experimental methods, about the chaîne opératoire of bronze production in north-west peninsular prehistory...

The chaîne opératoire of prehistoric tin bronzes is still the subject of much uncertainty. Four hypotheses for bronze production have been proposed in the literature on this topic: (1) alloying metallic copper and metallic tin in a melting operation; (2) adding one of the metals to the other while still ore, in a cementation operation; (3) smelting naturally occurring copper ores containing tin (4) or smelting tin ores with copper ores, in a co-smelting operation. It has generally been assumed that the production of bronze was commonly done in a fusion operation (co-melting) (Rovira 2007, 21-22).

The reconstruction of the chaîne opératoire of prehistoric tin bronzes from the north-western Iberian Peninsula has been discussed mainly based on theoretical terms. In recent times some relevant information based on the analytical study of the archaeological contexts of production has given some new insights on the subject.

Recent archaeo-metallurgical investigations from Bronze Age sites in the Iberian Peninsula have identified metal production debris. The analytical study of some nodules from the Portuguese territory showed that these contained similar tin contents as associated bronze artifacts, and both copper and tin components were present in the slag (Figueiredo et al. 2010, 2011). Other analytical studies from sites in Spanish territory have shown the presence of bronze prills (small metallic droplets or particles) of various compositions in the slag. A hypothesis has been proposed that bronze could have been produced through the co-smelting of copper ores with tin ores in a relatively simple operation producing little metallurgical debris (Rovira 2007).

In the present work we have made an initial experimental approach of one of the proposed models for obtaining bronze: the co-reduction of copper and tin ores, using local ores and simple smelting infrastructures. One of the main aims was to gain knowledge, through experimental methods, about the chaîne opératoire of bronze production in north-west peninsular prehistory - an area where signs of early metallurgical production have long been well-known.

The development of this initial experiment had a series of aims, namely:

In this paper we present a brief description of the experiment and an initial approximation of the results of the co-reduction that will serve as a foundation for new proposals and projects.

The Experimental Prehistoric Metallurgy Conference held in Taramundi (Asturias, Spain) (See Figures 1, 2) in May 2012, was organised by the Ceder-Oscos-Eo Association, with the collaboration of a diverse group of organisations and the Grupo de Estudios de Arqueología, Antigüedad y Territorio (GEAAT) of the University of Vigo (Comendador 2012a, 2012b). Our experiment mimicked one of the proposed models for obtaining bronze, the co-smelting of copper and tin ores, using ores originating in northwestern Iberia to test this technology as a viable and possible 'common' bronze production method, using similar techniques to those perhaps practiced by the ancient prehistoric metallurgists (See Figure 3). We used locally sourced minerals: cassiterite from the Penouta Mines (Viana do Bolo, Ourense), and malachite from the O Seixo Mines (Petín, Ourense) (See Figure 2) (GEAAT 2012a).

The experiment was carried out in a simple smelting structure consisting of a shallow hole surrounded by stones and fed by bellows through two separate nozzles. The ores used were ground beforehand (1-3 mm Ø) and selected by hand to remove all gangue (unwanted minerals) as far as possible and optimise the smelting process (See Table 1) (GEAAT 2012b, 2012c).

Labour was unspecialised and done by supervised volunteers. There were no significant hitches during the development of the experiment, only some occasional difficulties when the wind impeded the bellows.

The co-smelting experiment took place in public with the participation of a diverse group of volunteers. Chemists, geologists, artisans, dental technicians, restorers, archaeology enthusiasts, and the general public attended the event. A very productive 'alchemy' was generated: the synthesis of knowledge from different fields from within the perspective of the anthropology of the technique. Perhaps this was the 'philosopher's stone’: full development of educational and outreach potential within the process of knowledge transfer by the conversion of the experiment into a public experience (See Figures 4, 5) (GEAAT 2012d).

Five prills and some slag fragments were subjected to Scanning Electron Microscopy (SEM) analyses. These were conducted in a Zeiss model DSM 962 equipment, which has backscattered electrons (BSE) and secondary electrons (SE) imaging modes and an energy dispersive spectrometer (EDS) from Oxford Instruments model INCAx-sight with an ultra-thin window able to detect low atomic number elements as oxygen and carbon. Semi-quantifications were made using a ZAF correction procedure.

The results showed that from the five selected prills three had a very similar bronze composition, with 8-9wt.%Sn, one had a low tin content (~4wt.%Sn) and another a high tin content (~69wt.%). Some inclusions (impurities) were found among the prills, which included Cu-S in most prills, and Cu-S-Fe and very small Pb inclusions in a few.

Also, a concentration of impurities was observed at the surface of some prills due to particular segregations. This was shown to influence their superficial colours.

Analysis of some fragments of slags showed that these had very heterogeneous microstructures, composed mainly by a vitreous matrix (spot analysis in one observed area showed the following semi-quantification value (wt.%): 2% MgO, 7% Al2O3, 71% SiO2, <1% K2O , 1% CaO, 6% FeO and 12% CuO) with the presence of entrapped metallic prills of various sizes and compositions (from unalloyed copper to high tin bronzes). At large magnifications, small structures among the vitreous matrix could be observed, being common the presence of idiomorphic oxidized tin (cassiterite) crystals (See Figure 7).

The elemental and microstructural study of the metallic prills and slag fragments from the co-smelting experiment shows that very heterogeneous materials can be produced. Metallic prills with different compositions and inclusions and slags with complex microstructures can result from a single smelt.

Some similarities were found among the co-smelting products and Bronze Age slags and prills studied from the Iberian Peninsula, namely metallic prills of various Cu-Sn compositions and the presence of cassiterite crystals among the vitreous matrix. Also, the Cu-S inclusions found in most of the metallic prills from the experiment are commonly present among Iberian Late Bronze Age bronze artefacts.

The present experiment did also show that it is relatively easy to produce metal (bronze) through a fairly simple and direct process: the co-smelting in an open fire.

Additional analysis will provide further information for comparison between the experimental work and archaeological evidences. Also, further smelting experiments taking into consideration the present results will be considered in a near future. 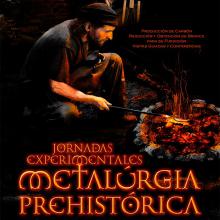 Fig 1. Poster for the Experimental… 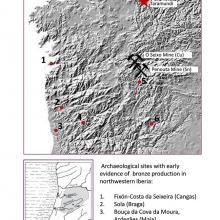 Fig 2. Site of the experiment and other… 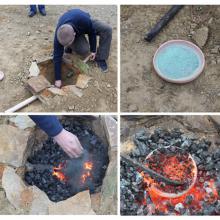 Fig 3. Parts of the experiment, from… 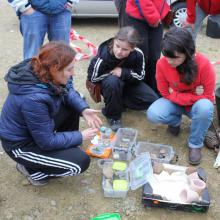 Fig 4. Interacting with the… 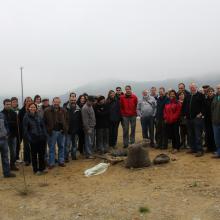 Fig 5. Group photo of the Experimental… 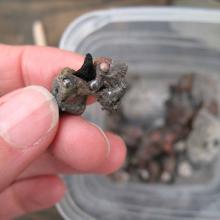 Fig 6. Image of a resulting slag… 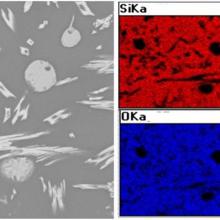