The Bloomery Seminar, held on the 5 - 6 October 2013 at the Museum of Nature and Technology in Starachowice, was organised to celebrate the 100th anniversary of the birth of Professor Wacław Różański. The Seminar opened to the public at 11:00am on Saturday 5 October. During the event two experiments were conducted, one of which was fully traced and discussed with the smelters who carried out the process. The programme of works was prepared by Adrian Wrona and the lecture about Professor Różański was delivered by Dr. Eng. Ireneusz Suliga from AGH University of Science and Technology in Kraków.

The Seminar program included performing two smelts in furnaces of different shaft heights using different types of air supply for each one: artificial and natural draught.

Experiments performed in Starachowice, like many others ŚSDP1 activities,are a continuation of research on ancient metallurgy in the Holy Cross Mountains which was initiated nearly 60 years ago by Kazimierz Bielenin (Bielenin 2006) and Mieczysław Radwan (Radwan 1962). From the beginning, experimental studies were conducted simultaneously with archaeological surveys. Through the years several generations of researchers were involved with this issue (Suliga, 2006a). One of them was Professor Wacław Różański who was a supervisor of AGH Students Scientific Society - "Officina Ferraria", and a long-term active participant and co-organizer of the "Dymarki Świętokrzyskie" event. Professor Różanski, a teacher and mentor to many present day metallurgists and (a fact known by only a few people) a reconstructor of the so-called “Polish Method” of lead extraction, presented annually during the "Wytopki Ołowiu"2 event in the Ethnographic Park in Tokarnia near Kielce. He has a connection to the Holy Cross Mountains region from the WWII period; during the occupation he was a commander of the local corps of The Armia Krajowa (See Figure 1)

The Seminar program included performing two smelts in furnaces of different shaft heights using   different types of air supply for each one: artificial and natural draught. For this purpose on Friday 4 October one of the furnaces was prepared,and part of the second furnace shaft was built as well. Also, the ore had been roasted and other materials and equipment necessary for further actions have been collected and stored.

The main purpose of the experiment was to lead the process in two alternating phases: the reduction of iron oxide contained in the ore, and purification of a bloom by draining slag to the slag-pit. The idea was to maintain a created iron bloom on the level of tuyère, but simultaneously insulate it from excessive levels of oxygen supplied through the air hole. These conditions   were created by the compacted filling of the slag-pit with charcoal, and the setting fire above it. Another necessary element to this experiment was the production of a proper amount of liquid slag, of which a large mass is supposed to be drained into the slag-pit in the final phase of the process. The original hypotheses were the consequence of former successful experiments performed in both types of furnace; both slag-pit and free-standing shaft furnaces.

The importance of liquid slag for the process is undisputed at the present time (Sauder, Williams 2002, p. 129; Wrona 2012, p. 616). Strong liquefaction of slag is also confirmed in ancient slag blocks, which have a dense upper crystallized area usually formed from one mass (Suliga 2006b, p. 68; Bielenin, Suliga 2008, pp. 70-75).The biggest problem so far was keeping the charge on the level of blast and draining the whole slag into slag-pit (Bielenin, Suliga 2008, p. 62). The main aim of these smelts, besides getting iron of course, was to obtain a solid slag block similar to ancient residues. Unfortunately only one smelt (with bellows) was completed as intended.

To begin with the air flow was applied only through the one hole. Subsequently during the second phase the other hole was also used. 40,6 kg (89 lbs) of ore and approx. 50kg (110 lbs) of charcoal was used during over the 6 hours of furnace working. After that time, at 7:30 pm, the shaft was disassembled and the iron bloom extracted. Next, a still hot bloom was processed and compacted. The total yield amounted to 3,65 kg (8 lbs) of iron, 3kg (6,6 lbs) of which in form of pure and slag-free metal. The slag block documented and extracted from the slag-pit had a weight of approx. 40 kg (88 lbs). Observations made during and after the process indicate that  could have been conducted for much longer in order to complete filling the slag-pit and joining whole slag in one solid block. This would also have resulted in a greater yield of iron bloom. The most important fact observed here was the complete separation of iron from the slag block, which seems to correspond with the effects achieved by the ancient smelters.

After completing of the first smelt at about 8:00 pm the proper charge started to be loaded into the natural draught furnace. Two batches of ore weighing approximately 15kg were loaded into the furnace with alternating layers of charcoal, and a significant decrease of temperature was observed in the level of tuyère. Although the level of charge declined, it was not possible to increase the temperature - even despite the temporary use of bellows. In that circumstance it was decided not to continue feeding the furnace and to terminate the process at approx. 2.00 am on 6 October (Sunday).  However, after returning to the experiment later that morning it was found that there were clear traces of furnace bricks firing at the level of blast. After the shaft demolition it turned out that all of the charge which passed through the shaft to the upper part of the slag-pit had begun to create a slag block. After more observation it was evident that the beginnings of iron formation was evident on its surface therefore it was concluded that the experiment should be repeated during the next seminar scheduled for the spring of 2014. The cessation of furnace work can be explained presumably by the natural changes in atmospheric pressure conditions, a conclusion which became more favorable shortly after the abandonment of the experiment. The material from the natural draught furnace has been taken for further analysis, which hopefully will result in better conclusion/processes/experiments/hypotheses in the near future.

On 5 October, the seminar was attended by: Vice-prefect of the Starachowice District - Dariusz Dąbrowski and Director of the Museum of Nature and Technology in Starachowice - Paweł Kołodziejski. The guests included: the members of Professor Różański family and representatives of the local authority from Nowa Słupia - Chairman of the Municipal Council - Sylwester Kozlowski and one of the councilors - Robert Klefas. The seminar was conducted mainly by the members of the Świętokrzyskie Association of Industrial Heritage in Kielce (Szymon Orzechowski, Andrzej Przychodni, Adrian Wrona, Daniel Czernek) with the participation of employees the Museum of Nature and Technology in Starachowice and cooperating persons - President of the “Celtica” Association - Paweł Gławiński and Małgorzata Rakalska who represented “Legio XIIII GMV” and the “Terra Operta Foundation”. Once again our action was supported also by the Banasiewicz family - Mariola, Marek and their daughter Ada.

The public part of Seminar ended with the closure of the Museum on Saturday. On Sunday, in addition to the aforementioned demolition of the natural draught furnace, the plan and profile of slag block produced by the experiment conducted with the use of bellows was recorded . Effects of experiments (iron and slag) will be further investigated in cooperation with the AGH University of Science and Technology in Kraków.

The event was co-financed by the Świętokrzyskie Voivodeship with grant aid awarded in open competition in the field of education and science for the year 2013.

We wish to kindly thank all those who supported our action.

BIELENIN, K., SULIGA, I., 2008. The ancient slag-pit furnace and the reduction process in the light of a new archaeological concept and metallurgical research, Metallurgy And Foundry Engineering, vol. 34, No. 1, pp. 53-78.

b) An attempt to verify the archaeological concept of K. Bielenin on a "surface free      solidification" of ancient slag blocks exemplified by a slag from Kowalkowice, Waśniów  comm. [in polish], Materiały Archeologiczne, vol. 36, pp. 267-272.

WRONA, A., 2012.Carburizing by "re-melting". The new perspective on the problem of thermo-chemical treatment of iron in antiquity [in polish], In J. Gancarski, ed. Skanseny archeologiczne i archeologia eksperymentalna, Krosno, pp. 611-630. 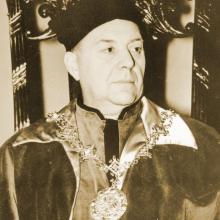 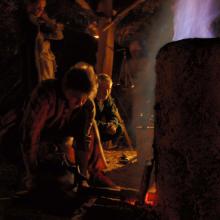 Fig 2. The work of the first furnace… 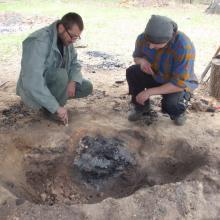 Fig 3. Exploration of the slag-pit of… 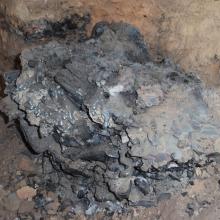 Fig 4. The cross-section of the slag-… 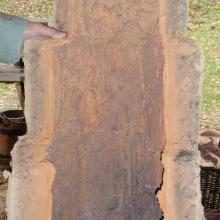 Fig 5. The shaft of the second furnace… 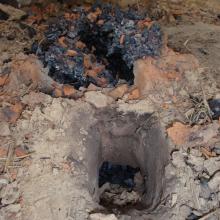 Fig 6. The remains of the second… 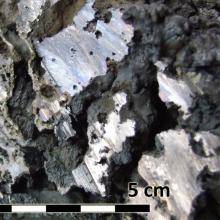 Fig 8. The structure of the iron bloom…