The Heritage Crafts Association is the UK advocacy body for traditional heritage crafts. Working in partnership with Government and key agencies, it provides a focus for craftspeople, groups, societies and guilds, as well as individuals who care about the loss of traditional crafts skills, and works towards a healthy and sustainable framework for the future.

The HCA’s charitable purpose is to work towards the safeguarding of traditional craft skills for the benefit of everyone. As such, much of its support is focused upon developing commercial viability to enable practitioners to be able to dedicate their time to honing and fostering a high level of skill.

The Heritage Crafts Association (HCA) was set up in 2009 as a result of a number of circumstances. Firstly, traditional craftspeople felt unrepresented at national level, as existing support and advocacy bodies were funded in accordance with the departmental structures of UK Government, which split culture into the broad funding streams of the arts, heritage and sport. Whilst crafts organisations in receipt of arts funding (notably the UK Crafts Council) focused more towards innovation and concept-led applied arts, those in receipt of heritage funding focused on building and preservation crafts necessary to conserve and maintain the country’s historic buildings, environments and museum collections. The majority of traditional craftspeople producing functional wares as part of an evolving lineage of practice, but whose knowledge, skills and practices nevertheless constitutes what they saw as an important aspect of the UK’s cultural inheritance, were not eligible for such funding. Therefore, and perhaps more importantly, they were not represented at policy-level discussions with regards to the issues affecting them, such as the regulation of working practices and apprenticeship frameworks.

At the same time, during the late 2000s, a new international discourse around Intangible Cultural Heritage (ICH) was gaining prominence, with countries around the world signing up to UNESCO’s 2003 Convention on the Safeguarding of ICH; a discourse with the potential to upturn the UK’s longstanding preoccupation with an authorised national heritage centred on tangible assets. As of 2018, the UK is one of only 17 countries yet to ratify the Convention.

The HCA’s charitable purpose is to work towards the safeguarding of traditional craft skills for the benefit of everyone. As such, much of its support is focused upon developing commercial viability to enable practitioners to be able to dedicate their time to honing and fostering a high level of skill. It recognises, however, that this is not the only way in which craft skills are manifest. Whilst a high level of skill often does correlate with commercial interest, in a significant minority of cases there is not a market to support skilled practice in this way. Lacemaking is an oft-cited example of a body of knowledge and practice that would not have survived had it been reliant on remaining commercially viable, and lacemaking skills today are a cultural asset that relies almost entirely on amateur involvement. Added to this mix, and much more prominent in the last decade, are experimental and experiential archaeology, which, each with their own motivations in practising traditional craft skills, both contribute to the safeguarding and promotion of these skills. The HCA is keen to foster more links with these areas.

In May 2017, the HCA published the Red List of Endangered Crafts, the first project of its kind to attempt to rank crafts by the probability of them surviving beyond the current generation, based on ICH safeguarding principles. It found four crafts that have become extinct in the UK in the past generation, and a further seventeen deemed critically endangered, i.e. at serious risk of no longer being practised in the next generation. They include crafts with a shrinking base of craftspeople, crafts with limited training opportunities, crafts with low commercial viability, or crafts where there is no mechanism to pass on the skills and knowledge: crafts such as clay pipe making, clog making, swill basket making and oak bark tanning.

It is the hope of the HCA that the Red List will act as a call to action to those who have it within their power to resolve or alleviate these issues, and that this project will mark the start of long-term monitoring of heritage craft viability and a shared will to avoid the cultural loss that is borne each time a craft dies. The most straightforward and symbol action the Government could take would be to ratify the 2003 UNESCO Convention, joining the 172 other countries of the world already signed up.

Due to the limited resources made available for The Red List project, it was always going to be difficult to provide a definitive overview of the state of the crafts at the first attempt. Therefore, the HCA is currently gathering information for a second iteration of the list due to be published on 4 March 2019. This will address gaps in the first iteration along with real-world changes that have occurred in the intervening two years. The best way for individuals to support this work is to sign up as a member via the HCA website at www.heritagecrafts.org.uk, and submit content for the next iteration of the Red List via redlist@heritagecrafts.org.uk.

More broadly, the HCA is keen to promote a greater degree of collaboration between professional practitioners, archaeologists and living historians, whose areas of interest often converge, but whose networks seldom do. 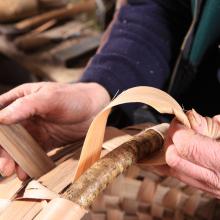 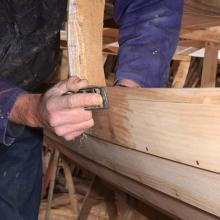 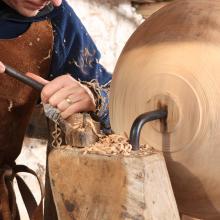