Stone & Metal: Experimental reproduction of a stone monument of the Metal Age, Located between Liguria and Tuscany (Italy)

The Italian region of Lunigiana, is located between Liguria and Tuscany, and is rich in stone statues which were worked from the third millennium B.C. until the beginning of the historical period, around the 6th century B.C. (Anati, 1981). Eighty statues have been collected and show stylized male and female characters with some characteristic elements such as weapons or necklaces. In this long period, more than 700 statues of this type are present in Europe as shown in Figure 1. All of the “Statue Stele of Lunigiana” are made of sandstone, a sedimentary rock of the upper Oligocene epoch.

I was inspired by statue number five, which represents a child with no apparent gender, which was positioned between two statues representing adults. In the group it is the only one with hands that are joined. My reproduction measures 68 cm in height, 44 cm in width and 9 cm in thickness for a final weight of 40 kg and has the same appearance, weight and size as the statue number five.

Sandstone is a very common sedimentary rock in this area. The inside sands are composed of 50% quartz crystals. It is grey-steel in colour, but we find them a little more yellow due to the alterations of natural agents (See Figure 2).

Red jasper is a sedimentary rock composed of siliceous skeletons of unicellular (radiolar) marine micro-organisms. It contains small amounts of iron and manganese oxides that provide the colour red. Jasper is also quite common here (Campana, Maggi and Negrino, 1998; Maggi 1998). The working of the statue was almost a battle between jasper and quartz because they have about the same hardness, around 7 on the Mohs scale (See Figure 3).

In the archaeological site of Pontevecchio (Northern Tuscany), in 1905, nine anthropomorphic statues were found lined up, both male and female. The place is a pleasant clearing at the intersection of small streams around a wooded area.

The places where these statues are found are often crossings of streams, near springs, or along halfway slopes. There are few access routes to the areas useful for agriculture or breeding. The semi-nomad / pastoral lifestyle probably also caused antagonism between neighbouring clans, generating a greater spread of weapons and their own representations on monuments (Spadea and De Marinis, 2004). It was probably important to mark important areas with monuments like these. The statues may have religious symbolic meanings or represent living or ancestral royal characters with an important social position in the community (Ratti, 1994). The new archaeological excavations of 2018/2019 show traces of Palaeolithic visitation. The excavations were directed by Angelo Ghiretti (director of the Museum of Stele Statues), and requested by the Archaeological Superintendence of Tuscany. The results are not yet published but several articles have now been published in newspapers, magazines and meetings have been held with the public. However the data collected shows as the site was also a place where animals passed, facilitating hunting. There is evidence of the use of red jasper tools from this era.

In Lunigiana, the monuments are classified into three chronological types. Over time they show an increasingly complex processing technique and an increasingly anthropomorphic representation (Ambrosi, 1972). The work is technically very simple for the type A of Pontevecchio, as shown in the figure below, and anyone could do it, even a child. In the Copper age we can think that people had used copper tools to make statues but the copper is too precious and this is why I think it also had sacred value, therefore not used to make these types of monuments (See Figure 4).

I was inspired by statue number five, which represents a child with no apparent gender, which was positioned between two statues representing adults. In the group (See Figure 5) it is the only one with hands that are joined. My reproduction measures 68 cm in height, 44 cm in width and 9 cm in thickness for a final weight of 40 kg and has the same appearance, weight and size as the statue number five. The bas-relief has a maximum depth of 7 mm. About 10 kg of material has been removed from the initial piece of stone. I have done the drawing several times using steatite, a rock of microcrystalline talc structure, present in the area and used in prehistory to make jewellery (See Figures 6 and 7).

The surface to be worked was not perfectly flat and some bas-reliefs, such as the circles representing the ears or perhaps the earrings did not become symmetrical. Using scrapers and jasper chisels I tried to make the statue as symmetrical as possible. I could not remove all millimetres thick with the risk that some new piece of stone would come off and I would try to smooth the surface again. The incision with a jasper burin was used to trace the lines of the areas where to remove material. It was difficult to make the first furrows, especially if curved. The jasper instrument slipped and was pressed hard with the weight of the shoulders. For straight lines I helped myself with a wooden board. Even the jasper required sanding during use, and it was necessary to chip it several times to make it sharp again (See Figure 8).

Once the bas-relief parts were put on display, I continued to remove the surface by alternating scraping with jasper and hammering with the pebble. Hammering the sandstone divided it into sand and quartz, and then the scraping became easier to make a new smooth surface. This was hammered again and then polished many times. Many times, I had to wash away the sand from the stone. I used a round stone weighing 1400 grams and 10 cm in diameter as a hammer. Without a handle I could control the work better. To smooth the sides, it was not possible to hammer because I hit the sedimentation planes perpendicularly without ever having a smooth surface.

This problem must have certainly influenced ancient people in their initial choice of stone. Instead, I hammered with a small, narrow sandstone (10 cm by 4.5 cm) and then polished for a long time using a piece of sandstone of 14 cm by 10 cm and 3 cm thick to hold it comfortably in my hand. The small stone was also very useful to hammer into the bas-reliefs and finish the statue. The work was boring and tiring, but it stimulated me to find technical solutions to make it more efficient. I worked for 30 rounds of 15 minutes at a time for a total of 7 hours and a half. To have a statue of an adult similar to those of the Pontevecchio site probably requires at least 15 hours of work. 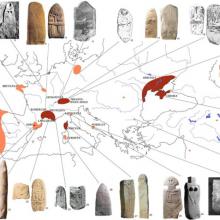 Fig 1. Map of the statue finds in Europe 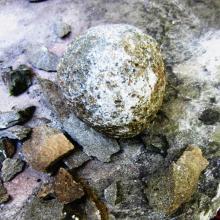 Fig 2. Hammering sandstone with a large… 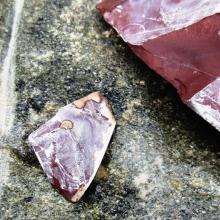 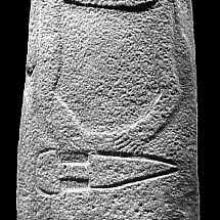 Fig 4. Reproduction of a statue from…

Fig 5. Drawing of the Pontevecchio… 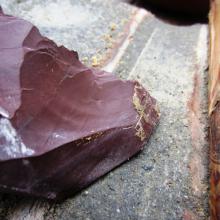 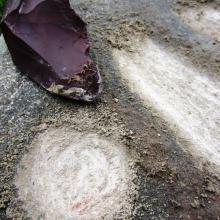 Fig 7. Leveling the surface. Photo by… 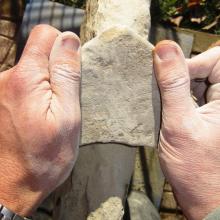 Fig 8. Smoothing of the hips with… 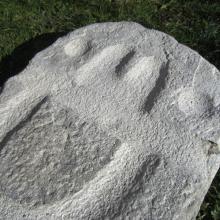 Fig 9. The completed statue. Photo by…

Kernave Archaeological Site – the Place for Experimental and Living Archaeology
The Gislinge Boat Open Source Project: An Old Boat and a New Idea
Reaching Out to the Communities We are Here to Serve: Developments at the Scottish Crannog Centre
A Gaulish Throwing Stick Discovery in Normandy: Study and Throwing Experimentations
(De)constructing the Mesolithic. A History of Hut Reconstructions in the Netherlands