The German city Xanten stands for Romans: annually, the LVR-Archaeological Park Xanten and the LVR-Roman Museum together attract over 600,000 visitors annually. Our colleagues in Xanten invited us for a conference on the use of digital media in museums. Eleven speakers from Germany, Italy, Spain, Switzerland and Austria captivated an audience of about 75 participants. Many of the presented ideas were delivered by larger museums, some of them in the phase of execution. Although these larger institutions have the chance to try out new techniques when they are fresh, the smaller museums can overcome the delay by being smart and early adapters. For example, in the Neanderthal museum, Ms Riethus is developing an inclusive game aimed at blind people. This does not have to be expensive, but with iterative game design, i.e. having several test & evaluation phases followed by implementing improvements, the game can become really successful. Also, can you imagine a digital game only using sound, as a group experience in an archaeological open-air museum? This can truly be an inclusive experience.

The conference was a very welcoming occasion to see where many archaeological museums stand in the process of digitisation; a subject which will become more important to many colleagues in the near future.

The Xanten conference focussed on the use of digital media for knowledge transfer in museums. It was clear enough that once you have your content digital, a whole new world of possibilities enfolds itself. However, what was less emphasised is that implementing the digital approach in your museum leads to a radically different way of working for all departments, not only for those involved with the public, but also those doing research, communication, and conservation. Doreen Mölders of the LWL-Museum für Archäologie in Herne (DE) was very clear about how going digital can lead to a very progressive approach to the museum as a whole.

As Martin Müller, director of the LVR-Archaeological Park Xanten, said, we often pick up the visitors at the entrance at a Level Zero: we don’t know what they can digest or what they know about our museum and its collection. On the other hand, the public gets more demanding about presentation techniques and professionalism.
The realism shown in many presentations at the conference makes one wonder if visitors will be encouraged enough to question what they see? Often there is no clear colour coding for the users, and of course there are no value-free presentations.

Several EXARC members presented at the Xanten conference, like Carnuntum (AT). Marion Grossmann informed the public about digital documentation techniques for the landscape around her Roman museum, leading to digital reconstructions of ruins as one can see at: https://www.youtube.com/watch?v=BjeBFN2VtF4

Maike Sieler from Cambodunum (DE), also an EXARC member, had a digital reconstruction made of the Roman city. This will be used to counter some local issues, like the partly overbuilt Roman remains and how these can be visualized for visitors.

Carolin Freitag, of the Badisches Landesmuseum in Karlsruhe (DE) gave a presentation on the redevelopment of the archaeology presentations in her museum. This led to many physical and organizational changes, and much more expected public interaction than before. Their visitors are turned into users of the collections. The users can collect the information on objects they are interested in, see these in their context, and undertake their own research leading to an experience, tailored to each individual user. Virtual Reality, Augmented Reality and all these new techniques are no solutions on their own, but parts of a larger strategy with a crucial role for museum staff, like for example the specialist explicators.

Lyn Wilson, Historic Environment Scotland, presented the project of Virtual Roman Frontiers, their digital journey to go Roman as part of an EU supported project. Where they originally set of on a digitization process for research purposes, they soon found out how useful digitization can be for dissemination and education purposes.

On the second day, the conference public had several guided tours: through the indoor museum, over the wharf where Roman ships are being reconstructed and through the archaeological park. Each of these presentations were very interesting. The tour past the reconstructed buildings in the park, led by Peter Kienzle, was particularly informative as he discussed the changed attitude to full size reconstruction, and how digital techniques open a new set of options. Most important is to always remain honest about choices made, sometimes in a distant past. What works in one museum at a given time, might fail elsewhere in another time.

The conference was a very welcoming occasion to see where many archaeological museums stand in the process of digitisation; a subject which will become more important to many colleagues in the near future. There was ample discussion about returning to the subjects of this conference at a later stage, in a forthcoming conference. Possible issues to discuss in the future are how to make the step towards user generated content and more interaction with the museum’s information. Can the experiences become more immersive? A very different question is to who owns the digital data produced in all these wonderful projects: can the museums reuse the content years later, even when the digital company which originally developed the game or Augmented Reality experience does not exist anymore? Would it be a great idea to have digital windows in museums, showing other, linked museums?

There is much to discuss and participants were excited about the speed of developments; Microsoft’s HoloLens 1 is already obsolete before we have a chance to start working with its successor. It is clear that using our fantasy right, and developing a well thought strategy is the best way forward; today’s high-tech options can be mainstream tomorrow. 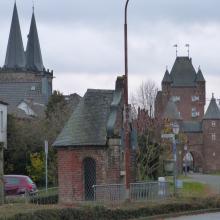 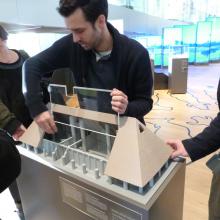 Fig 2. House model at the LVR-Roman… 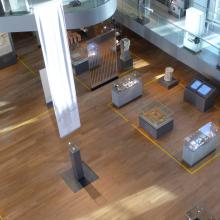 Fig 3. Bird's view into the museum… 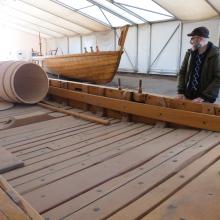 Fig 4. One of the reconstructed Roman… 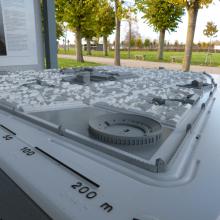 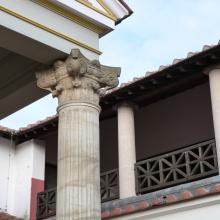 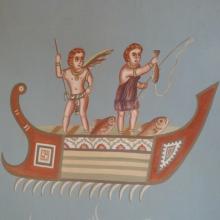 Fig 7. In the Roman bathhouse… 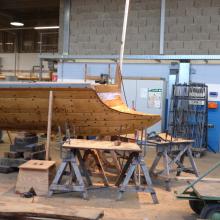 Fig 8. One of the reconstructed Roman… 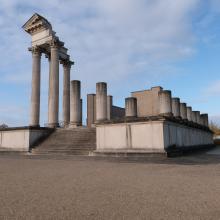