Just how practical is it to Move a Warp-weighted Loom from between the Interior and Exterior of a Roundhouse?

An experimental programme at Butser Ancient Farm run between 2015 and 2017 was to investigate weaving within a roundhouse on a warp-weighted loom. Part of these investigations was an examination into the feasibility of moving the loom in and out of the house, to take advantage of the longer daylight available in summer. The programme also reviewed the potential of two-post structure features for weaving, especially after reviewing the Glastonbury Meare Lake excavations weights found near these structures (Earwood, 1988). The results provided some surprising observations.

While it is probably unlikely that warp-weighted looms were taken out of the house to weave against the wall, the outer porch proved to be an excellent location if the weather stayed dry, but this depends on the style of the porch.

The article, Weaving Production in Butser Ancient Farm Roundhouses in the South of England examined in some depth the advantages and disadvantage of weaving with a warp-weighted loom in a roundhouse. This investigation wanted to investigate the feasibility of working outside on sunny days by moving the warp-weighted loom out of the house. But is it practical or feasible? As part of the experiment, the warp-weighted loom was moved five times during the summer of 2016. The cloth on the loom was approximately a third done during these moves, so it was not empty. As more than one house was used, the doors negotiated were of different heights.

The weights were removed and placed in a basket and the excess yarn wrapped around the bar at the bottom of the loom while moving the loom. The heddles were moved and secured and the heddle brackets also removed and placed in a basket to ensure no one was injured. It also prevented them from being lost or damaged during transportation. This process took around 30 minutes (See Table 1).

Table 1: The time taken to remove a loom outside and the number of people required. An additional hour is required for the removal and replacement of the looms to the correct tension.

The weight and size of the loom required three strong individuals to move it through the door (1.6 m), the loom had to be placed at an angle as it was wider than the door frame and only moved with some jockeying (Avery, 1968). The house walls' relative external height was lower than the internal, due to vegetation build-up against them. The land around the house was not flat, it was on an incline of less than 15 degrees, which makes placing the loom against the outside wall a challenge.

Larger door openings make the task easier, but the weight and the cloth billowed in the breeze and made the process challenging. The next test was to align the loom against the outside wall, ensuring that the loom was straight and balanced, ready for resetting the tension. The only houses with external walls high enough to hold the loom were Danebury CS1 and Little Woodbury's porch. Both sides of the Little Woodbury Porch could accommodate the loom. However, the loom partially blocks the house entrance, and the traffic flow ultimately disturbs the weaver!

Once the loom was placed into position, the weaver needs to reset the tension by unwinding the warp yarn and placing the weights on to the thread evenly. The heddle brackets replaced; the heddle put back in its position before transportation. Replacing the brackets and heddle only took a few minutes. However, replacing the loom weights took far longer, usually between 30 and 45 minutes. Moving the loom, therefore, turned out to be a slow and fraught process.  The climate in Britain means the weather could well have changed before the loom was ready to be worked, which potentially could result in precious weaving time lost, along with damage to the yarn caused by wind and rain.

Once set up and ready to go, it became apparent that the curvature of the house walls was an issue. Initially, the curvature into the warp causes the threads to become distorted and challenging to see (See Figure 1). Secondly, the movement of the loom against the roof and walls caused damage over time, due to the weights swinging and pulling the heddles. Finally, the forces on the loom joints can weaken and break, which in time forces the legs of the loom to fall away from the wall, or at best twist the loom, causing it to fall. Weaving the yarn straight becomes a challenge, and with constantly changing weather, the woollen yarn shrinks and felts, with lines appearing in the weaving, as the tension changes.

Leaving the loom outside allows rodents to run up it into the thatch, creating health and safety issues. The cloth on the loom acts like bellows, or a sail, leading to breakages and twisting of the yarn and fabric. Felting has already been mentioned, but only applies to woollen yarns, not plant fibre (See Figure 2). No plant fibres were used on the occasions.

Two post structures found on many sites, especially at the Glastonbury Meare lake site, where several of these two posts also had weights associated with them (Coles & Minnitt, 2000).  A loom created from two posts mounted in post holes was built to test this theory (Ellison & Drewent, 1971). The roll and suspension bar becomes one with a roll bar of no more than five centimetres in diameter, to allow for portability. Heddles were placed on both sides in this experiment to help with engagement with the public.

The result of this test was discovering the maximum weaving time by taking advantage of longer daylight hours. Weaving could occur from 6:30 am to 8:30 pm in May, increasing in June and fall in July and August. The back heddle was an impressive tool for getting visitors to have a go at learning to weave and explain what they needed to be aware of, to avoid mistakes (See Figures 3 and 4). In turn, this helped the weaver to reduce minor errors made, hence decreasing the finish time. Most importantly weaving became a more social activity, with stories, laughter and even songs, which increased the speed at which weaving occurred and enhanced the experience. Of course, the mixture of intermittent drizzle and hot sun caused issues such as felting and bleaching of the wool (See Figure 5). It takes about seven days for the yarn to change colour, this bleaching also occurs with nettle yarn.

In the open, the weaver has to be more aware of the breeze. If the weights swings too much, they can hurt the weaver's ankles and break the yarn. When the day ended the loom was taken down, weights moved into a basket with the wool and beater. The roll bar taken off and the cloth rolled up on to the roll bar with heddle still attached along with the yarn rolled up securely. The cloth and basket were taken back into the house and placed by the door. The rolled-up material and basket were placed on the door's left-hand side as you go in mainly because the door swung inwards from left to right. The time taken to remove the weaving from the two-post structure took no longer than 30 minutes, including walking down to the house. Setting up took a similar average time of 30 minutes approximately.

On one occasion the basket with the weights and yarn was tipped out by the entrance and on returning ten days later the author found that the weights had formed a line along the wall. It transpires that visitors to Butser Ancient Farm naturally kicked the stones towards the wall out of the way. The formation is very similar to that seen in excavation which provides an indirect correlation with weighted yarn on a loom. Therefore, it is possible that weaving was conducted outside, and the loom weights and cloth brought in at the end of the day.

The main disadvantage of the wet weather was the movement of the loom. The loom's swinging motion whilst working rocked the foundation, creating a more extensive and unstable hole and eventually the loom would fall over. The loom is also susceptible to the elements, which will destroy it over time. However, this structure's advantage is its multiple purposes versatility, including stretching leather and drying. There are no clear-cut conclusions, but it is probably unlikely that warp-weighted looms would be transferred outside in the summer and placed on the outside wall of a roundhouse. It is too time-consuming and takes up manpower with little benefit. The two-post structure has potential, but in very wet winter, spring or summer, the loom would rock itself out of the hole and become useless. However, the productivity, teaching opportunity, plus keeping an eye on the site, alongside social interaction gives it great potential for being multifunctional.

If a six-post structure has a square layout with two post holes in the centre indented, then it may be these structures represent where weaving took place (Jones, 1995) by providing a roof over the head to prevent overexposure to the sun. There need not be any walls, but the ability to make temporary walls to reduce the wind element would enhance productivity and maximise light. The upright legs would allow the loom to be worked on both sides to teach and spot significant mistakes and give a social element to the weaver.

While it is probably unlikely that warp-weighted looms were taken out of the house to weave against the wall, the outer porch proved to be an excellent location if the weather stayed dry, but this depends on the style of the porch and like many reconstructed sites there are a number of possible interpretations of the porch and Butser has demonstrated but a few. If weaving outside, then the two-post structure would work over the short term, as proposed by Ellison & Drewent (1971). The Glastonbury Meare Lake due to flooding the low reclaimed island, were regularly rebuilt (Tratman, 1970), therefore, the two post structures (with the addition of weights), could be where a loom was mounted and taken down daily during the occupied months (Poulter, 2017:64-66). 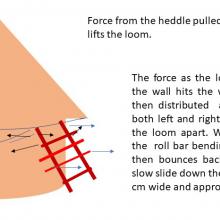 Fig 1. The forces of the loom agaist… 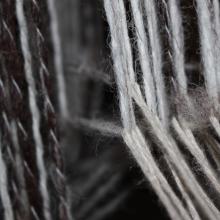 Fig 2. Shows felting occurs due to the… 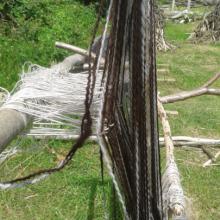 Fig 4. Weaving with a visitor using the… 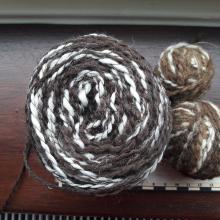 Fig 6. Weaving conducted outside from…