Approaches to the Documentation of Houses in Open-Air Museums

Enrico Lehnhardt and
Stefan Solleder (DE)
EXARC Journal Issue 2021/1
Archaeological Open-Air Museum
The seminar was divided into two parts. One group professionally documented the long-term experiment “House 1” in the Museums Village Düppel for the first time. The house was built in the 1970s and left to decay in 1990. The area was freed from vegetation and photographed at regular intervals. The second group reflected on the continuous documentation of reconstructed houses in archaeological...

The ASTRA Open-Air Museum situated in the natural reservation of Dumbrava Sibiului, 4 kilometers away from the Sibiu city centre, spreads across 96 ha, of which more than 40 ha are covered by the permanent exhibition. It was opened in 1963 when the assumed mission was to present the traditional technical patrimony in rural Romania, mills for grinding, oil, grapes and fruit presses, sawmills and watermills, and some peasant industries.

After the 90's, the museum goes through an obvious transformation, the aspect of traditional culture being more present through the houses rebuilt in the museum, but also with emphasis on the immaterial patrimony. ASTRA Open-Air Museum currently holds over 400 monuments of folk architecture and technique, as well as an impressive collection of ethnographic heritage objects. Conceived as a living museum, it hosts many traditional events such as: traditional fairs, workshops, folk festivals and performances.

The open-air museum “de Locht” is an agricultural open-air museum, focusing on the life of farmers on the North-Limburg sandy soils. This includes the growing of asparagus and mushrooms. They collect, archive and present, also in person, about older ways of life, traditions, crafts and folk culture, looking back at the past, but also with a view on the future of North Limburg.

Archaeological research in 2009 led to the discovery of a farm on the grounds of the open-air museum, dating to about 1320 AD. It was decided to reconstruct this farm on site by placing new posts in the exact old postholes. Volunteers then constructed a fully furnished farm.

A settlement of 1.500 square meters, consisting of four wattle and daub houses and one half pit-house, is built and furnished in accordance with lifestyle of Neolithic man. Exhibitions dedicated to the clothes producing, leather processing, tools crafting, processing the ceramics and weapons and preparing food of a Neolithic man are the museum’s permanent exhibition.

Questions from the Ancient Technology Centre 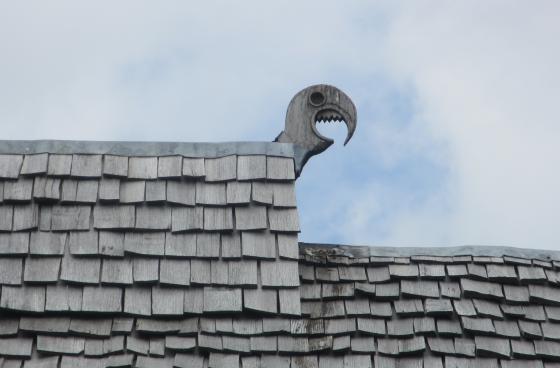 Dorset Council is developing a grant application for improvements at the Ancient Technology Centre to enhance the experience, increase our activities and make it accessible to more visitors. The ATC envisages having more parking, a new visitor centre and improved facilities, including updating our reconstructed 'ancient' buildings.

Roeland Paardekooper (NL)
EXARC Journal Issue 2020/4
Archaeological Open-Air Museum
Archaeological site museums may not be that well defined worldwide, yet, they are found almost everywhere. Archaeological sites with reconstructed buildings based on archaeology however seem to be a younger phenomenon and are mainly concentrated in Europe, Japan and North America. Both types of museums however have old roots. Important is not so much the site per se, but the message...

With a name that’s derived from the Old Norse of the Vikings – haugr meaning a mound and byr - that’s bound up with a medieval legend of a dragon and a knight, it’s no surprise that La Hougue Bie is a magical and surprising place creating a truly memorable experience, home to one of the ten oldest buildings in the world.

According to a folk tale, the mound of La Hougue Bie takes its name from the Lordship of Hambye in nearby Normandy. While the legend tells the story of a dragon and the knight who killed it, others interpret it as a tale of the Christianisation of the old pagan site, with the dragon representing the old beliefs and the knight the new religion of Christianity. 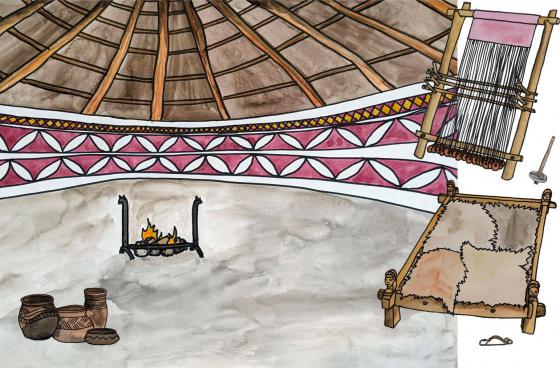 Anyone looking for something to do while we are all at home?? Look no further...

Kate, a student from the University of Exeter, looking for volunteers to participate in her online archaeology activity for her dissertation! It involves two online surveys and a PowerPoint roundhouse activity, all of which should take about an hour. Your answers are anonymous.

Please message roundhouse@exarc.net if you are interested. Kate would love as many volunteers as possible to try to get some good data! And please feel free to share with others who may be willing to be involved!

This museum was created by the Douaisis Community in order to promote the archaeological discoveries of the area, due to excavations that lasted almost 40 years. With its two axes, the museum and the park, Arkéos aims at offering an interpretation of the history of a territory and of those who shaped it.

The archaeological park, spread in 75.000 m2, is accessible to the public through a passage connecting it to the museum. The Park is devoted to the Medieval times (11th century), and consists of a number of reconstructions of medieval buildings and natural spaces relevant to the historical context. The buildings are reconstructed based on the traces and the remains found during the excavations. A special attention is drawn to the year 1000, which is unique for the region.