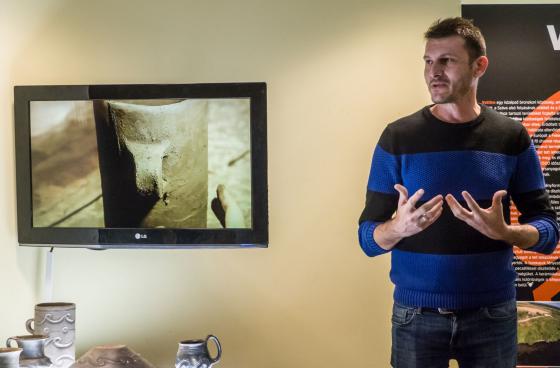 The CRAFTER project has arrived at the final stage in Debrecen (HU). The exhibition "CRAFTER - European Crafts in the Bronze Age and Today" opened in Debrecen on Tuesday 15th October 2019 and will be open until 31st December 2019.

At the opening of the new temporary exhibition of the Déri Museum Tamás Szentei, the head of the Cultural Department of Debrecen, and then János Angi Museum Director spoke to the visitors. Later, the head of archaeological department Vajk Szeverényi and the potter László Gucsi opened and presented the exhibition.

With the support of the Creative Europe Program, the Spanish, German, Hungarian and Serbian artists participating in the program re-created the most beautiful ceramic vessels of the outstanding archaeological cultures of Bronze Age Europe (El Argar, Southeastern Spain; Únětice / Aunjetitz, Central Europe; Füzesabony, Eastern Hungary; Vatin / Vattina, Southern Serbia). The process of making copies will be introduced by a cozy documentary, which will give you a deeper insight into the technical tricks of prehistoric pottery. The film will be available for viewing at the exhibition and will be available for purchase on DVD.

The Hungarian parts of the film “In their Hands” were made by the staff of the Déri Museum and the Institute if Archaeology RCH, Budapest. The work of ceramic-restorer László Gucsi was recorded by cinematographer-director Csaba Balogh. The final form of the film was won by the Friends of the Circle of Friends of La Bastida Archeological Site (ASBA) in Spain. 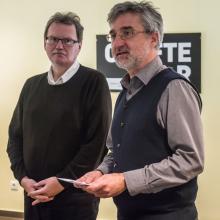 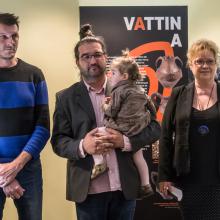 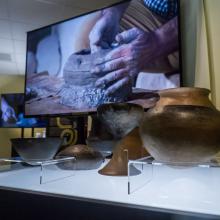 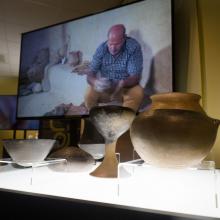 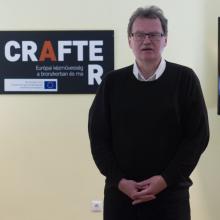 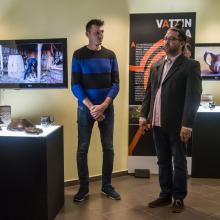 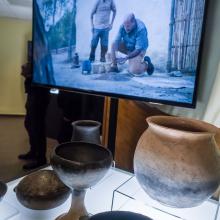 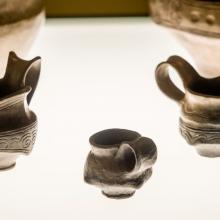 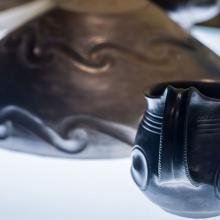