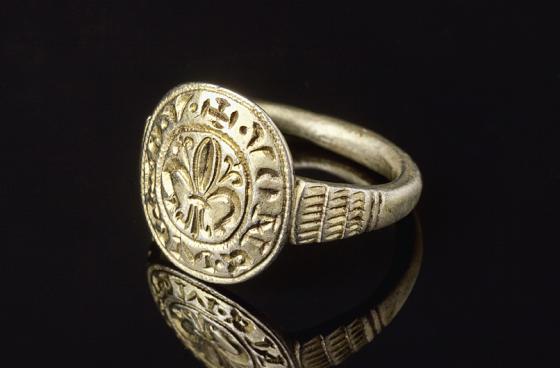 Course objective: Modeling and finalizing a ring or a costume clasp from the treasure of Wiener Neustadt.
Course content: Modeling in wax with the appropriate gravers, preparing for the casting and then fettling the castings.
Historical background: The treasure trove of Wiener Neustadt, which was discovered by accident on a private property several years ago, serves as a model for the costume clasp and the ring. The late medieval treasure trove consists of jewelry, clothing accessories and tableware and comprises 149 completely preserved or reconstructed objects. All objects are made of silver and with few exceptions gilded on the surface. The largest object group are the rings. The oldest examples date back to the 13th century, but there are also pieces from the 14th century among the objects. In addition to rings with set stones, the group also contains rings with engraved ring plates. These engravings are partially cut so deeply that the assumption of a use as a signet ring is obvious.
The star-shaped robe clasps served as a mantle clasp and were worn on the chest. As a decoration serve different motives: Lilies, berries or balls are found at the ends of the rays again. As a simple execution, the star-shaped garment hangers were already known in Central and Eastern Europe, but the pieces of the treasure trove are designed much more magnificent.
Instructor: Robert Hittinger
Course duration: 9-17 o'clock
Course costs: 200 euros
Material contribution: 1 Euro / per g of fine silver (charged according to consumption approx. 20 Euro) 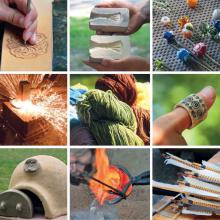