Nike – the Game and the Victory 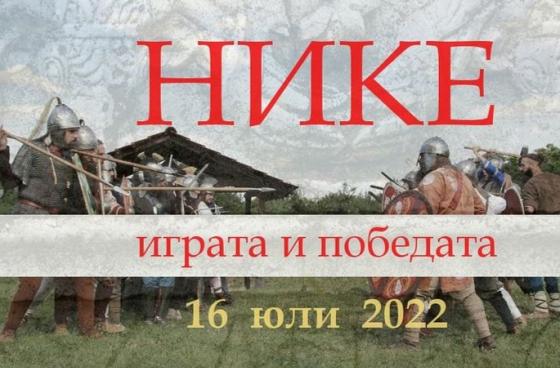 The fifth edition of Antique festival “Nike – the game and the victory” will take place in the archaeological reserve Nicopolis ad Istrum near Veliko Tarnovo. The one of a kind historical festival dedicated to the early and late Antiquity, which takes place on the territory of Veliko Tarnovo Municipality, will be on July 16, Saturday at 10.30h.

Festival fans will once again be able to taste the Roman cuisine, witness a Roman judicial trial, see demonstrations of Gothic and Roman equipment, antique fashion, religious discourses, Gothic chief funeral and more. The concert under the stars will include duo "KsANa" with vocals Claudia Kitanova and Anton Yanachkov, guitar.

The main purpose of the organizers of the festival is to promote the unique Archaeological Reserve Nicopolis ad Istrum and to demonstrate to the guests a little-known period of history in an attractive and educational way. The festival is part of the cultural calendar of the Municipality of Veliko Tarnovo for 2022 and since its first edition has been very popular. The Roman city near Veliko Tarnovo Nicopolis ad Istrum joined the national movement "The 100 National Sights".