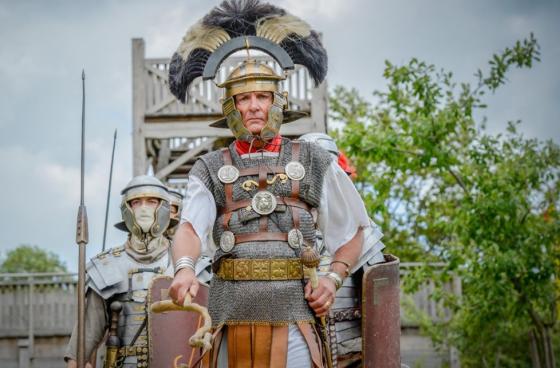 Roman legionaries set up camp, accompanied by craftsmen, ladies and children. Visit the Roman encampment, watch the demonstrations and many other activities.

The Dutch living history group Legiio Secunda Augusta depicts Roman and indigenous life from about AD 50 to 150 through reenactment. Legiio Secunda Augusta has not only soldiers who show the Roman soldier life, but also civilians with their activities such as working leather, making clothes, cooking, laying mosaics and massaging. In addition to the recognizable Roman legionaries, the military department also consists of auxilia, or the auxiliary troops that can come from our region, but also from the many other corners of the Roman Empire.

Become a Roman!
Experience for yourself what it is like to be a Roman. Get trained in the Roman army!

Traces of Usewear on Prehistoric Tools
2 Feb
the Netherlands

Viking Festival
26 May - 29 May
the Netherlands