Conference Review: International Workshop, An Integration of Use-Wear and Residue Analysis for the Identification of the Function of Archaeological Stone Tools

The international workshop, titled An integration of use-wear and residues analysis for the identification of the function of archaeological stone tools, took place in Rome between 5-7 March, 2012 at the Sapienza University and at the National Council of Research (CNR). The event, sponsored by the Wenner Gren Foundation (New York) and by the Ministry of the Cultural Heritage, has been organized and directed by C. Lemorini (Sapienza University) and S. Nunziante Cesaro (ISMN- CNR, SMATCH-ITALIA).

The Workshop was open to scholars from humanities and scientific fields aiming to combine different ways of developing knowledge for the common purpose of interpreting the function of prehistoric tools through use-wear and residues analyses.

The event focused on the integration of use-wear and residues analyses, and has been carried out due to a need of a standardized methodological framework in the discipline, which is currently lacking. In this regard, scholars coming from several countries composed the group of participants invited to join the workshop. The papers presented during the conference covered different themes related to the application of use-wear and residues analysis, and were not only restricted to prehistoric tools but, for instance, also included the production of ornamental implements.

In regard to this latter topic, the paper by E. Cristiani (University of Cambridge) and D. Boric (University of Cardiff) presented the results of the technological traces, use-wear and residues analyses related to the symbolic choices carried out by the late Mesolithic groups of Vlasac (Serbia). Furthermore, several talks treated the residues and use-wear analyses on macrolithic artefacts related to different types of activities. As an example, C. Hamon (CNRS , Universite’ de Nanterre) discussed the advantages and limits of different methods of analysis related to use-wear and residues.

Contributions to the understanding of the function of macrolithic tools were presented in the talks of B. Stephenson and G. Robertson (University of Queensland); M. Haslam (University of Oxford), et all; M. Ache (Universitàt Autonoma de Barcelona), et al.; and L. Longo ( Museo Civico Storia Naturale, Verona). In particular, Stephenson and Robertson discussed the unresolved issue of millstone function within Australian archaeological contexts. Haslam et al. defined the potential of a new discipline as Primate Archaeology presenting the preliminary results coming from the study of pounding activities carried out by non- East African chimpanzees. M. Ache et al. proposed an integrated approach to the interpretation on stone tool-kits related to metalworking. Finally, L. Longo detailed the use of plants for nutritional purposes in Palaeolithic also through the study of macrolithic artefacts.

The combination of use-wear and residues analyses was treated in a behavioural perspective by R. Fullagar (University of Wollongong) discussing reliability, potential and limits of residue study in evaluating and interpreting models of human dispersal and technological shifts related to climate changes and resource availability. M. Lombard (University of Johannesburg), on the grounds of her experience with use-wear and residues analysis, looked at the interpretation of hunting technologies carried out in Middle and Late Stone Age at Sibudu Cave (South Africa). She highlighted the importance of a detailed residues detection on tools as a starting point for developing ways of learning about the cognitive background of ancient hominins.

The introduction of new equipment, as high-power 3D laser scanning microscopes, was presented by A.A. Evans (University of Bradford) who stressed the necessity to routinely introduce quantification methods and blind testing in the use-wear and residues analyses.

In conclusion, C. Matheson and M.A. Veall (Lakehead University) critically reviewed all techniques adopted at present for the residues analysis. E. Hayes and Fullagar (Wollogong University) and K. Connell (Cambridge University) dealt with the connection between tools’ morphology and their function.Finally, the ritual role of stone objects was taken into account in the talk presented by A. van Gijn from Leiden University.

The Workshop was open to scholars from humanities and scientific fields aiming to combine different ways of developing knowledge for the common purpose of interpreting the function of prehistoric tools through use-wear and residues analyses. In this view, the workshop represents the starting point of a new discipline that will permit researchers to gather more detailed evidence on the use of tools, thus further widening significantly our knowledge related to the behaviours of prehistoric human groups. 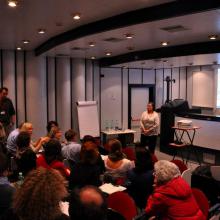 Fig. 1. During one of the lectures. 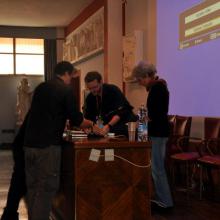 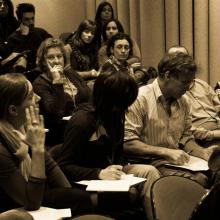 Fig. 3. Discussion during the… 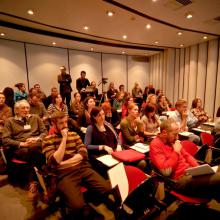 Fig. 4. The Audience of the conference. 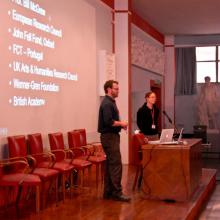 Fig. 5. Presentation by the University…