Event Review: the Stone Age in a Space Cruiser

The Jeongok Prehistory Museum in South Korea.
Like a stranded UFO the building is settled between the hills at a river (See Figure 1), the sun reflects off the metal outer skin. Standing in the entrance area, you feel as though you are in a film by Stanley Kubrick, but as you pass through into the structure it is a surprise to find yourself outside in the middle of the African savannah, surrounded by prehistoric people and all kinds of animals. The new Prehistory Museum in the north of South Korea unites futuristic architecture with the archaeology of humankind in an elegant way and attracts a million visitors yearly with its charm.

In 2011 the new museum was opened, a hyper modern building designed and realised by the French architect company X-TU. The exhibition of 7,000 square metres shows the entire development of our species form the early beginnings.

The Palaeolithic at the other end of the world

In 1978 the American soldier Greg Bowen discovered several hand axes near Jeongok in the Yeoncheon Province. They belong to Homo erectus and date to the Acheulean and are about 450,000 years old (See Figure 2). At the time they were found, these finds were the oldest tools of the East Asian Lower Palaeolithic. A surface of 800,000 square metres of the archaeological site was protected and repeatedly investigated by Korean and international archaeologists. In 17 excavation campaigns so far over 6,000 stone artefacts have been found, most of which are made of a coarse bright quartzite, which can be found in the Hantan river and its fluvial terraces, and which were easily accessible to Stone Age people. With just a few targeted blows of a hammer stone, this material was shaped into simple but efficient tools like hand axes, choppers, cleavers and picks.

Notwithstanding its scientifi c value, Jeongok-Ri received little public attention. If visitors did chance upon the site, they would be disappointed with the lack of anything to see. It was not long until the protected area came to be regarded as an obstacle for regional economic development. In order to turn the tide, in 1993 at the ninth field campaign, under coordination of professor Bae, a container which had served as excavation house since the start of the digs here was turned into a small exhibition space. This way, the importance of the archaeological site was explained to the public, especially to children and teenagers. Simultaneously the first Palaeolithic Festival and a performance were organised, titled The Animal Man on the Way to the Modern Era. This attracted several hundred people.

A parade of primeval people

Started 20 years ago at small scale, the museum has developed nicely so far. In 2011 the new museum was opened, a hyper modern building designed and realised by the French architect company X-TU. The exhibition of 7,000 square metres shows the entire development of our species form the early beginnings. It is impressively demonstrated by the ‘march of human evolution’. Over 20 dermoplastic models made by the well-known French specialist E. Daynes take part in the ‘Culture Catwalk’, and walk up towards the visitor (See Figure 3). Combined with high quality imitations of the animals which lived during the period they make up a concise group, enabling an almost hands on experience of our predecessors. Dozens of media stations, a (re) constructed Ice Age cave with cave paintings and a presentation about Ötzi give exciting insights into archaeology and its many facets. Temporary exhibitions deal with both local and international themes. In the open-air area you will find gardens, play grounds and play stations; in the (re)constructed Stone Age huts there are workshops and free time activities (See Figure 4). Children and teenagers are specially catered for; and they get plenty out of the museum.

The Jeongok-Ri Palaeolithic Festival has also developed from its modest beginnings into a large event with regional or even national importance. In Spring 2012 the 20th anniversarywas celebrated. For over a week, the huge festival area attracted hundreds of thousands of visitors, with many activities they could actively play a part in or witness. The spectrum ranged from public shooting with a bow and arrows to pulling megaliths, costumed dancing, prehistoric slapstick (See Figure 5 and 6) and karaoke shows, to evening concerts with Korean music stars and huge fireworks. All of it was very loud, multi-coloured and seemed quite unconventional. An archaeological spectacle like this would – at least in Germany – be hard to imagine, as it would be seen as conflicting heavily with our ambition to be perceived as authentic. However, thanks to the eff ect that this form of display has on the public, it is possible that every South Korean child knows about the site Jeongok and that early humans inhabited the site for a long time.

With Ötzi to East Asia

In order to ensure that serious archaeology got its share, the large party was complemented with the Heritage Education Expo. In this framework I was allowed to participate in the festival on behalf of the Tirol Archaeology Museum. Here, specialists from all over the world showed the public how they work with public in their own museums: on off er were, among others, stone knapping, metal casting, stone working a la Ötzi (See Figure 7), determination of bones, making fire, playing with excavation, or to put it short: the whole bandwidth of actions one knows from one’s own museum, but also a lot of new things, exciting and stimulating the further development of one’s own activities. The enormous interest and friendliness of the numerous visitors, and an excursion to archaeological sites and to the border with the neighbours in the north, which reminded me in a painful way of our own German past, these many interactions with a different culture have made this trip to a real experience. 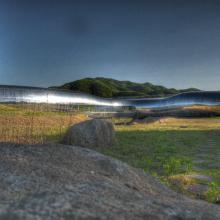 Fig 1. Futuristic architecture for an… 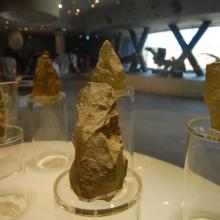 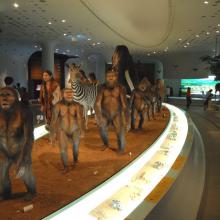 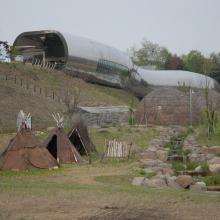 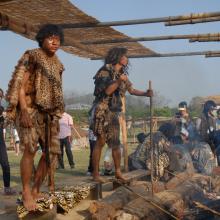 Book Review: Iron Age Experience, Iron Age Kids and Kaptol - Hallstatt Food Workshop & Cookbook
Conference Review: International Workshop, An Integration of Use-Wear and Residue Analysis for the Identification of the Function of Archaeological Stone Tools
Conference Review: A Trip to the Birthplace of Experimental Archaeology
Book Review: Experimentelle Archäologie in Europa, Bilanz 2013
"But if you don't get any IRON..." Towards an Effective Method for Small Iron Smelting Furnaces