Event Review: Food Workshop in Archeon at the OpenArch conference 2013

Food, Drink and Culinary Practices in Ancient Times - Food and drink are basic needs for every human being. From the perspective of our modern culinary practices, with all its specialities and customs, the traditional cuisines, and especially the pre- and protohistoric dishes, seem not only very far away, but also very primitive and have a negative connotation. The mental picture of the constantly meat-eating Stone Age hunter is very vivid in all of our heads...

The programme at Archeon consisted of workshops and lectures. The workshops included cooking with hot stones, baking bread in a clay oven, reconstructing recipes from ancient authors, beer making and use of herbs and spices.

There are a lot of different sources for the reconstruction of prehistoric diet: harvesting tools, hunting weapons, traps, remains of oven constructions, tools for eating, cooking stones, pots, grinding-stones, bones, mussel shells, carbonized plant and food remains, traces of fat, et cetera. In some ancient periods we also have pictures or other figurative depictions. We may also have original recipes, but this is very seldom.

Without a doubt we can observe that the prehistoric people in the different parts of Europe have developed food strategies in combination with acquisition, conservation and preparation techniques. Today we can still benefit from these techniques, keeping in mind the countless ‘food disasters’ since Neolithic times such as crop failures, cattle epidemics, wars and environmental catastrophes like heavy rainfalls.

We think that the theoretical knowledge and practical use of ancient food-preparation techniques acquired through experiments on ancient food, drink and culinary practices gives a great opportunity to reflect about our own recent consumer behaviours with all its consequences for health, animal breeding conditions and social and ecological costs.

In presenting food and drink to the public all archaeological open-air museums in Europe have to face more or less the same organisational, financial, safety and hygienic problems. In addition to this, there is the chance and challenge of focusing on sustainability questions, which are of great meaning and daily importance for the general public.

The programme at Archeon consisted of workshops and lectures. The workshops included cooking with hot stones, baking bread in a clay oven, reconstructing recipes from ancient authors, beer making and use of herbs and spices. Professor Bill Schindler gave a practical demonstration on fermentation processes of vegetables.

The lectures included a presentation by Professor Alan Outram on the exploitation of fat resources in prehistory. The presentation explained importance of fat in the diet of hunter-gatherers and early farmers and the different ways in which we can archaeologically investigate fat exploitation and consumption. It presented an experimentally based method for identifying bone marrow extraction and bone grease production, before providing an example of its application to the archaeological record. This example compared prehistoric Palaeo-Eskimo fat exploitation to that of the Norse in medieval Greenland and Iceland.

The value of experiments in bone fat exploitation was discussed in relation to the presentation of past skills, alongside its use in educating visitors in relation to past diets and the formation of the archaeological record. This particular activity demonstrates aspects of past diet that are lesser known today, whilst producing a very visible and resilient physical signature that can be seen in the archaeological record. It requires some knowledge and skills that are largely lost in modern society.

Schindler’s presentation discussed the numerous benefits of palaeo-dietary subsistence practices and reported on the author’s experiences where interpretation of prehistoric food ways to the public was successful. In recent decades our relationship with food has deteriorated to the point where most of us do not even know the people that are raising, harvesting, butchering, packaging, shipping or preparing our food. While these transformations have been couched as progress, they have profound consequences that have, amongst many other consequences, resulted in making humans and our environment sick. It is within this dietary landscape that we attempt to interpret prehistoric and historic food ways to the public. An accurate portrayal of ancient subsistence practices may be the most important role that we can play in attempting to interpret the past. Modern society has much to learn from a true understanding of how we met our dietary needs in the past.

There was also a presentation of the film Concept of the Future of Food by Mr Adjiedj Barkas, a motivational speaker and trend-watcher. Barkas has written several books on the present-day challenges concerning food production and consumption. The film shows that the pressure on food is increasing because of population growth and environmental protection needs.

All presentations and demonstrations were documented through photographs and film and are available at openarch.eu! 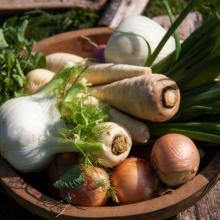 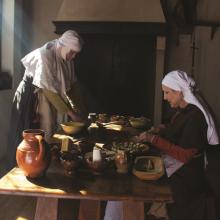 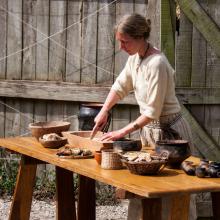 Fig 3. Preparing and presenting food at… 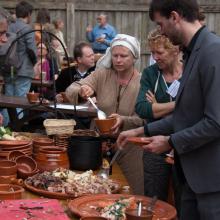 Fig 4. The participants of the… 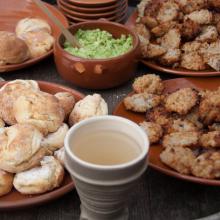 Fig 5. Samples of the Roman dishes… 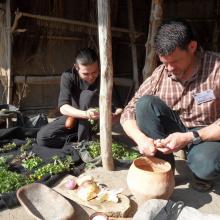 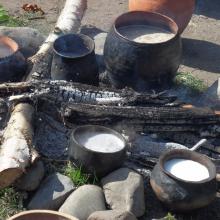 Fig 7. Cooking on fire at the workshop…