Event Review: Daily Life and Feasting in the Neolithic: Celebrating the Tenth Anniversary of Experience in Experimental Archaeology at the Steinzeitdorf Albersdorf

During summer 2014, just over 30 students from Archaeological Studies at the University of Hamburg, as well as four children, participated in a practical week of experimental archaeology at the Steinzeitdorf Albersdorf.
In preparation for this week, the students attended a seminar at the University of Hamburg, held by lecturers T. Friedrich and B. Meller. The participants were introduced to the basic theories and skills involved in experimental archaeology as well as museum didactics. They were also given an overview of the archaeological context of the project, encompassing chronological frameworks, archaeological cultures and archaeological finds.

It can be concluded that the entire group of students, project attendants and supervisors and of course the museum staff had a great experiences and an immense sense of achievement during the practical week.

At the beginning of the seminar the students chose one of a variety of different task groups, mostly divided by different usable materials, in accordance of their own interest and—in some cases—former knowledge. The aim of the various groups was to formulate either a museum and heritage related didactic program or a practical experiment on the given topic. The archaeological contexts, approaches and goals of each group were presented to the other students. Meanwhile, the lecturers involved strived to provide a framework for the students to gain experience in archeo-techniques and to develop a greater understanding of the prehistoric life and materials.

The performances and experiments were presented during the designated week in Albersdorf, as the students were working during the day at the Steinzeitdorf, or at the nearby village or school. All the reconstructed houses, including the Mesolithic huts, were used as sleeping resources. Students stayed some of the evenings at the Steinzeitdorf to continue their projects, even after work time was over and the public audience had left. To be visible to the visitors, all members of the practical week—students and teachers—were dressed in linen, woollen or leather wear. The patterns were taken from Neolithic and Bronze Age figures and illustrations, as well as from burial finds from Central European contexts. Using the outcome of experimental work of before, more leather and colour textiles could be seen.

As in previous years, there were many visitors from the surrounding area, but a considerable amount of visitors came from further away, specifically to visit the Steinzeitdorf during the practical ‘student week’. Because of the higher frequency of visitors on Saturday and Sunday, the stay included a complete weekend. During the week, participants offered information to the public about the OpenArch Project as well as they could communicate their experiences in their respective groups. This was achieved either by answering the questions of bypassing people or through guided tours, which were held by alternating students.

Every year the week has a special theme. In 2014 the topic was “Daily Life and Feasts”, but not every group was able to transfer this into their projects. For example, some of the students mainly repaired broken objects (the clay oven, for the third time) or conserved things (raw hides, bark) for future use. Utilising archaeological evidence was essential for all groups and topics, which is sometimes a limitation to realising of ideas. By combining findings from different geographical and cultural regions, good results were achieved nonetheless. The idea of ‘feasting’ was transformed in experiments to include musical objects, and the ongoing experimental brewing. The joint project of the construction of a sweat lodge was finished by the last day. The finishing touches and first experimental use of this building were carried out by the museums staff, but it is planned to return with some of the students in November 2014 to have also a first go.

It can be concluded that the entire group of students, project attendants and supervisors and of course the museum staff had a great experiences and an immense sense of achievement during the practical week. The continual sunny, hot weather added to that sentiment. As was the case in the earlier years, some projects will be continued in concurrence with chance and necessity.

Number of Participants: >30 students, 4 children, 3 teachers and many visitors 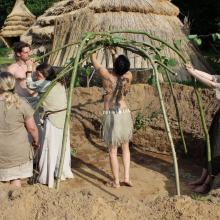 Fig 1. Working all together building… 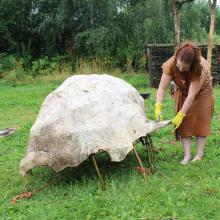 Fig 2. Getting the cow skin attached to… 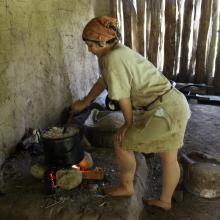 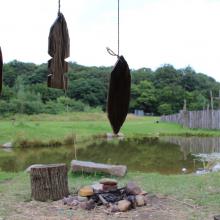 Fig 4. Evening dawn at the lake with… 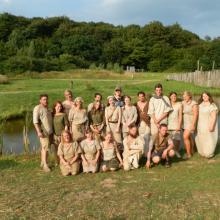 Fig 5. Archaeology students from the…