At the age of thirty Edoardo started to study Archaeology for pleasure at the University of Genoa (Italy) while working as a computer programmer. Since then has taken part in archaeological excavations of prehistoric sites. Here he met many enthusiastic students, who dreamed of a future as prehistoric archaeologists in Italy, a country much more structured for classical archaeology. Before the end of his studies at university, Edoardo started to meet some archaeo-technicians who spread word of prehistory. They communicated him the desire to explain prehistory in a simple and interactive way to people with no archaeological expertise. So from 2001, still a student, Edoardo started his mission in some local schools. In 2005, after graduating with a thesis on the dissemination of prehistory through interactive lessons, he had the idea of creating a public Archaeology event and discussed it with the curator of the archaeological Museum in La Spezia; Donatella Alessi. Given her great input into didactics and disclosure, her guidance led to the completion of an event design. Both Edoardo and Donatella contacted archaeo-technician and archaeologist friends and, with monetary assistance from the Museum, the adventure began.

For subsequent years more archaeo-technicians were involved along with exhibitors from various museums or archaeological parks all over Italy. The didactic operators of the museum were also involved offering increasing numbers of activities. In 2015 there were about 40 different activities and about 56 exhibitors.

The evolution of an event

Since 2000 the museum collections were moved to the recently restored castle of San Giorgio which gave the advantage of open-air space for activities.The fortress was built in the second half of the fourteenth century and has repeatedly changed over time. The restoration of this monument allowed the relocation of the archaeological museum founded in 1873 from its previous location. The exhibit consists of several rooms on two floors with house prehistoric materials such as the monolithic ’Statue Stele’ from the territory, and Roman artifacts from the nearby Roman colony Luna; the castle also offers outdoor terraces and a park on several levels. The historic centre of the town is situated lower, at sea level. This pedestrian shopping area is connected to the castle by two elevators and many stairways between numerous historic palaces. The old town is also very close to the central train station of the city.

The first edition of Paleofestival hosted about ten single operators specialising in Palaeolithic and Neolithic didactics. The aim was to teach hands-on skills providing children with the best way to learn about the past. The organisers believe in this approach: learning through doing is the best way to remember.

The activities provided were painting on stone, the making of Neolithic beakers, Neolithic archery, launch with atlatl, lighting a fire with flint, the grinding of grain on quern stones and weaving on a vertical frame.

The area used for the event was the park of the museum and the two terraces overlooking the gulf of La Spezia. This was the first attempt to create an open-air museum, if only for two days a year.

For subsequent years more archaeo-technicians were involved along with exhibitors from various museums or archaeological parks all over Italy. The didactic operators of the museum were also involved offering increasing numbers of activities. In 2015 there were about 40 different activities and about 56 exhibitors. They added new topics of different prehistoric and historic times, such as bronze casting and production of swords, making goat cheese, extraction and conservation of perfumes, various music workshops in relation to prehistory and the great civilisations of Mesopotamia and the Nile, creating pintaderas (a type of clay stamp) and games from Ancient Egypt.

The last editions of the festival offered a range of activities from experimental demonstrations to individual workshops to living prehistory.

Over the years, different types of activities were presented within the event:

Another important aspect is that several operators are individual or institutional members of EXARC and some of them have learned about the EXARC organisation thanks to this event.

Thanks to the Paleofestival the didactic operators of the museum of La Spezia have become aware of this new form of teaching and the museum has expanded offerings during the school year with new workshops. Some of these are the simulation of archaeological excavation, the evolution of prehistoric dwellings, Palaeolithic paintings, Neolithic pottery, ornaments and necklaces with shells, grain processing and weaving in the Neolithic, metal casting, Etruscan rites and myths, activities on the life of ancient Egyptians, Greek and Roman mosaic, food at the time of the Romans, and Greek and Roman fashion.

The operators of the museum of La Spezia in turn take part in open-air archaeological events organised by other Italian institutional EXARC members, such as the Neolithic Village of Travo (Piacenza), the museum of lake dwellings of Lake Ledro (Trento) and the Archaeological and Educational Park of Livelet (Treviso). The “Museo del Castello” museum where the event takes place, encouraged by the experience of the Paleofestival, created another event: for several years the festival of Halloween has been celebrated at the museum with an archaeologicalworkshops theme.

Another activity of the museum on weekends during the school year is Museoland, with different workshops for children every weekend. In summer, there are summer camps entitled Archaeologists for a week which engage the children of the city.

For the first time in 2015 the usable space at the museum was expanded to encompass the fields in front of the castle. This area is still expandable into the fields around the old city walls that are connected to the castle. So even though visitors could enjoy a wonderful view on the gulf from the castle situated in obvious elevated strategic location, it remains difficult for the operators to carry their activity materials to the site by hand.

Another problem to solve is parking for visitors. A possible solution could be a shuttle from large car parks on the outskirts of the city at the highway exit.

To increase the visibility of the event in the town centre in 2015, the staff called a theatre company that represented a family of Neanderthals. This activity has been successful and appreciated. Another idea to be exploited in the future is to apply adhesive giant prehistoric footprints in the streets of the historical centre leading to the event. At the conclusion of the latest Paleofestival, a large vertical canvas poster was left on the main wall of the castle to promote the event continuously. The Paleofestival has a logo, registered with the authorities, which represents two Palaeolithic flint hand axes that overlap, as well as the inclusion of a deer. A few years ago free logo t-shirts and logo bags were distributed for an activity that had different teams involved in the event Olympics of the stilts. Then these items were sold in the museum bookshop to visitors. It was amazing to see many photos of the activities with the participants wearing t-shirts designed for the event.

In the first 2005 edition there were 300 visitors in attendance entering with a free ticket. In the tenth year there were 1500 paying visitors. The initial idea was for a free public event however there were high costs to pay for the technicians who came from far away. The recent economic crisis has forced the staff of Paleofestival to ask for an entrance fee for children who attend the workshops. This choice did not produce a negative effect.

Unfortunately there is still little awareness of the event among the general public of the city. The situation is improving thanks to the information sent to all the schools in the city and the surrounding area who received an invitation with the attached program.

The event period has been changed over the years and we have developed a successful formula incorporating both Saturday and Sunday afternoons. On Sunday morning there is a small meeting between operators which is also open to the public during which news is presented and promotion of future calendar tasks of each operator are discussed. At this time there is always useful contact between operators and parks who invite each other for visits during events. After this, a trade session begins during which adults and children exchange objects to enrich private collections.

Participants who come from a distance - more than 50 km - are still few, but those who attended the event in previous years plan to come again to explore the new activities.

Over the last two years the city government has become more aware of the now mature event and has allowed the curators to advertise more, albeit in an economical manner. The mayor of La Spezia has attended the event for three years.

It is our intention to include new organisations and single operators in every event and ask the technicians of the archaeological parks to create new activities.

At the end of the day there is a very special activity, one that is perhaps unique: a puppet show that tells funny and very engaging stories on the daily activities of prehistoric times such as hunting, stone polishing and wool spinning. The room is filled with spellbound children listening to stories told by a special archaeo-technician who is also the puppeteer for the entire show.

Every year Paleofestival proposes a different experience involving all the public, for example a prehistoric fashion show, a Celtic wedding, the prehistoric Olympics or a theatrical representation of the Copper Age. In 2016 there will be the news of prehistoric bingo.

The goal is to continue reducing the fixed costs of the event in favour of the quality of the operators who often ask us for special materials, specific media or come from far away. Operators must perform their activities philologically in method and in the materials used and make their stations aesthetically pleasing.

During the Paleofestival, operators visit the other stands where they ask for details, take cues, exchange ideas and make suggestions. It was a specific request made by some operators that we create an opportunity for the exchange of ideas without the public and a study day with the publication of the acts.

Hopefully the Paleofestival will increasingly become an event where Italian specialists can make contacts and create a real network of operators and museums. The intent of the Paleofestival is to make people fall in love with archaeology and ancient culture. By using plain language and evoking emotions and involvement, science stakeholders of different backgrounds are united by a single passion. During the XI edition (21 and 22 May 2016) we will perform a workshop with scientific interventions for adults who want to view some experiments during the event. Ten years of experience has enabled us to learn how to communicate with specialists in a very different manner by creating a network of useful contacts and improving the way people work. 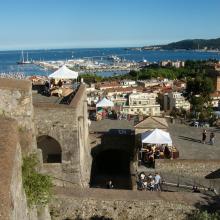 Fig 1. View of the gulf from the castle 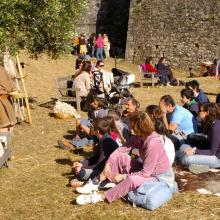 Fig 2. Explanation of the ancient games 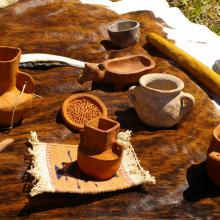 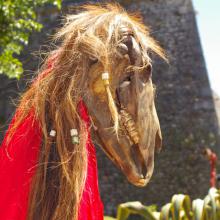 Fig 5. View of the Celtic camp 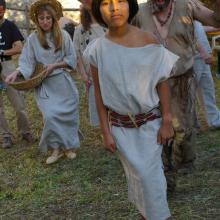 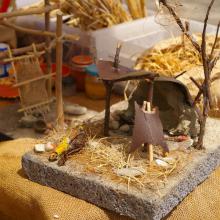 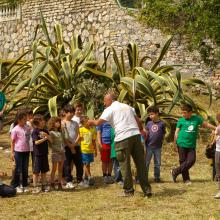 Fig 9. Children waiting to use atlatl 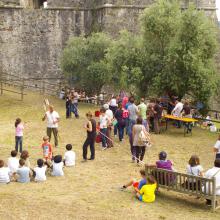 Fig 10. Visitors in the park 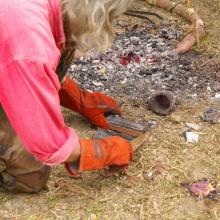 Fig 11. Extracting a bronze axe from… 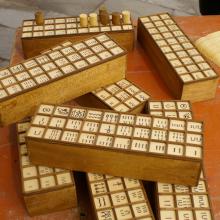 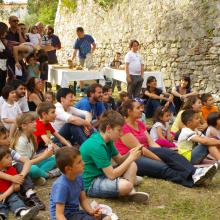 Fig 13. Children listening to a talk 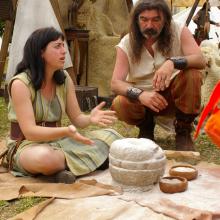 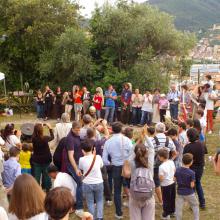 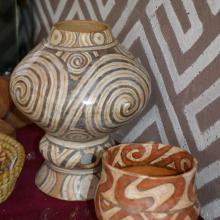 Fig 17. The group of operators

Fig 20. Fomes fomentarius from the… 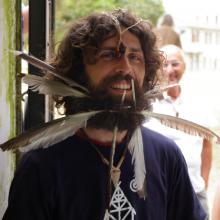 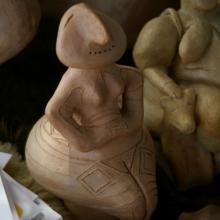