There are several ways to promote history, one of them being historical re-enactment, aphenomenon that appeared in Romania in the past decade. The Omnis Barbaria Cultural Association began its activity in the summer of 2013, in response to the need to highlight the importance of the historical and cultural heritage of the north-western region of Romania. Most of the members of the association have previous experience in historical reconstruction, some of them taking part in numerous such-like events, along with educational and cultural projects as members or collaborators of some museums or re-enactment groups. Since it was founded, the association's activities have been focused both on the scientific and popularization aspects of history and archaeology.

The archaeological site of Bozânta Mică Grind point (Maramureş County, Romania) was discovered in 1992 as a result of a field surface research conducted by Dr. Ioan Stanciu (Matei, Stanciu 2000, 37). On this occasion, numerous pottery fragments dating from the Bronze Age, Roman Age – Barbaricum, and Early Medieval Period were found. The archaeological research project in Bozânta Mică was initiated in 2008 by the Maramureş County Museum of History and Archaeology, in collaboration with the Institute of Archaeology and Art History from Cluj-Napoca. The main objectives are a full research of the site, including salvage, protection, preservation, restoration and the publication of the material which results from the archaeological research. All of these will contribute to a better understanding of the history of the lower basin of the Lăpuş River (Maramureș County, Romania). The first systematic excavations were carried out in 2009, followed, year after year, by other research campaigns (2010-2015). In recent years, several members of the Omnis Barbaria Cultural Association were present on the archaeological site participating in the systematic excavations conducted here, but also in some archaeological experiments (Ardeleanu 2015, 59-96).

In order to promote the archaeological site and research activities held at Bozânta Mică, the Omnis Barbaria Cultural Association, in collaboration with Raio Press and the Maramureş County Museum of History and Archaeology, conducted the first edition of the "Omnis Barbaria experimental archaeology Camp for Children", between the 19th to 25th July 2015, as part of the International Educational Project "Discovery-Discover the World!". This was held at the archaeological site of Bozânta Mică (Maramureș County, Romania) and at the headquarters of Maramureş County Museum of History and Archaeology (Baia Mare, Maramureş County). Within this project, 40 pupils hailing from Secondary School no. 149 from Bucharest were thought the basics of the profession of an archaeologist, including how to manufacture hand-built and wheel-thrown pottery, the art of vertical loom weaving, and also experienced how to manufacture historical iron chain mail shirts.

The camp program was divided by days, in order to be as varied and well organized as possible. The first day was dedicated to the activities of the "Little Archaeologist" workshop. Children, accompanied by four teachers (Dorin Motohon, Ionca Vasile, Diana Moţ, and Iuliana Mitrache) and five archaeologists (Sorana Ardeleanu, Ancuţa Bobînă, Dan Pop, Bogdan Bobînă, and Marius Ardeleanu), went for a day trip to the Bozânta Mică-Grind archaeological site and learnt activities related to the archaeologist profession. The children were first presented with, and then experienced for themselves, methods of identifying, investigating and documenting an archaeological site: the children took part in a field surface survey on the archaeological site, conducted an archaeological systematic research and then documented, through photography and drawing, archaeological ceramics discovered by them (See Figure 1). They were also thought about the later stages of archaeological research of the pieces discovered: pottery conservation and storage.

The vertical loom workshop, after antique models (See Figure 4), was held at the Museum on the third day of activities and included an overview of the history of wool yarn from sheep's wool to the finished shirt. An explanation of all the methods of production, preparation, and processing of the wool thread was presented, then, students had the opportunity to test the work at four vertical looms (antique type). Also, fragments of fabric made on the vertical looms were sewn and bound with woollen girdles made by them. In parallel with this, the chain-mail knitting workshop, where they made fragments of chain-mail out of iron wire, and the workshop where replicas of ancient military and civilian equipment were tested, were held (See Figure 5).

In promoting the activities of the camp, a temporary exhibition was opened at the Museum from the 24th of July to the 15th of December 2015. The exhibition contained pieces made by the students during the workshops, including hand-built and wheel-thrown pottery, sewing, weaving and stitching materials. The four vertical looms used by the students, the chain mail shirt workshop, and the armours and weapons presented and tested during the camp were also exhibited (See Figure 6). Different aspects of the archaeological camp were also presented through photographs taken by Zamfir Şomcutean.

The purpose of this camp was to help the participants (secondary school pupils and teachers) to discover and experience snippets of civilization that existed in Antiquity on the current territory of the Maramureş county Archaeologists from the Maramureş County Museum of History and Archaeology, along with members and volunteers from the Omnis Barbaria Cultural Association, helped the participants to be actively involved in the organised workshops related to an actual archaeological site, by being introduced to different techniques and crafts, through experimental archaeology and other activities. 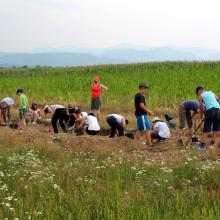 Fig 1. View on the activities of the… 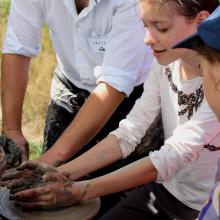 Fig 2. Aspects from the wheel-thrown… 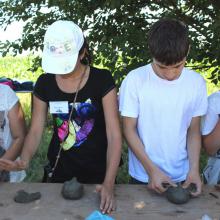 Fig 3. Detail from the hand-built… 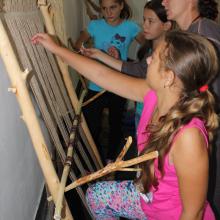 Fig 4. Image from the vertical loom… 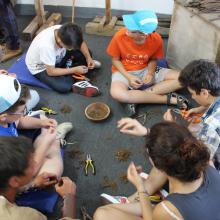 Fig 5. Aspect from the chain-mail… 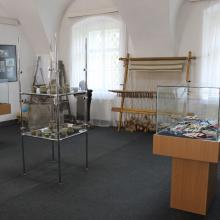 Fig 6. Image from the temporary…

Experimental Approaches to Student Success
Experimental Archaeology in the Museum of Archaeology of Catalonia
What Does Your Visitor Experience? Making the Most of Live Interpretation in a Unique Setting
A Course in Experiential Archaeology at an Archeopark as a Part of Active University Education
Research, Experimentation and Outreach in the Early Neolithic Site of La Draga (Banyoles-Spain)