Black powder hand grenades are ubiquitous for several European archaeological sites between 1600 AD and 1900 AD. Unfortunately, many archaeological reports only note the presence of hand grenades in artifact inventories, perhaps denoting some minor measurements. Only one report contains a full assessment of grenades, but this was performed by treasure hunters who excavated the pirate ship Whydah. No known primary historical sources describe grenade production, size regulation, storage, or shipping practices. For this study, a system of measurement was developed to compare three collections. Measurements from those collections were used to replicate hand grenade shells, the focus of this paper. Two types were made, one glass and the other cast iron. These replicas will later be used in controlled detonations on a federal blast range to record the blast in full spectrum. That analysis will be used for a comprehensive medical evaluation to determine the lethality of these types of hand grenades.

Despite six attempts, a complete cast iron replica has yet to be successfully cast. The common problem stems from movement of the core during the pour.

Hand grenades of the eighteenth century are an enigma, in the archaeological sense, having been uncovered at several sites and appearing in numerous historical sources, while also being denigrated by researchers, or dismissed. Grenades are a misunderstood explosive, with many researchers asserting that they simply explode and inflict harm via shrapnel. This is partially true, but constitutes an incomplete analysis of the factors that explicate grenades’ lethality and importance in the archaeological record. This study focuses on the replication of cast iron and glass hand grenades, since no known historical records detail these techniques.
Military manuals, reports, and historical imagery document grenades and their use well before the 1700s. Almost every available material was used to form the shell of a grenade. The documentary record mentions grenade shells made from clay, copper, brass, tin, wood, and glass prior to 1700, with the transition towards cast iron taking place between the War of Spanish Succession from 1701–1714 and the War of Austrian Succession from 1740–1748 (Norton 1643:87–88; Sturmy 1669:8; Seller 1691:196–197; Love 1703:188–189; Park 1704:63–64; Mountaine 1744:181–182; Faulkner 1747:19). This replacement with cast iron coincides with improved casting techniques in cannon production and raises several questions: What prompted the transition from glass to cast iron grenades? What advantages do cast iron grenades have over glass? Is there an economic reason for adopting cast iron? Does cast iron increase the weapon’s lethality?

The answers to these questions are most likely found in production requests and foundry records. Unfortunately, no records on grenade production were identified during this course of this study. As a result, all data gathered for this study has been based upon the artifact record and experimentation with casting techniques. The purpose of this study was to make a small, replicable experiment of reproducing grenades as they are found in the artifact record. Several parameters were imposed to limit the scope of this study. As such, the sites and artifacts considered date to the first half of the eighteenth century, and involve grenades found on shipwrecks off the North American Atlantic coast.

Three artifact collections were utilized for this study; The Queen Anne’s Revenge, the 1715 plate fleet wreck, and the 1733 plate fleet wreck, which together offer a sample size of 60 grenades. A similar shipwreck, the Whydah, established a typology system for grenades, but is too limited in its range of measurements and flexibility to include other collections (Hamilton 1992:277–296). In consultation with Eric Farrell, a conservator at Queen Anne’s Revenge Laboratory, a new archaeometry system of measurements was developed to resolve previous shortcomings. The measurements of the corpus were subjected to a statistical analysis of mean variance to determine average measurements of each feature. Overall, the exteriors of the shells measure 76 mm, with an interior cavity of 50 mm and a fuse hole of 12 mm. These measurements were used as the basis for replicas of both material types.

Glass grenades were ubiquitous at the onset of the eighteenth century, according to the historical record. For the replicas, clear glass was used because of its availability at GlasStation, a glassblowing facility in Farmville, NC. Six grenade shells were hand blown and shaped using a wooden block (See Figure 1). This resulted in minor variances of size in the glass shells, but with only 20 mm between the largest and the smallest shells (See Figure 2). The only way to ensure uniformity is to use molds, and while some documents record molded glass grenades with improvised secondary shrapnel additions (Norton 1643:87–88; Sturmy 1669:8; Seller 1691:196–197; Love 1703:188–189; Park 1704:63–64), none were available at the time of replication. Without an available mold or the means to acquire one, and given the minimal appreciable variance in the existing glass grenades, this study currently has no justification to pursue replication using a mold.

Cast iron grenades rapidly replaced glass in the first half of the eighteenth century, and the greensand casting method was used to create these replicas. To reproduce the grenades’ shape in the sand mold, a model was 3D printed and used as a blank for the shell and the core (See Figure 3). A greensand core was used to form the cavity within the shell and fixed in place by a nail (See Figure 4). A solid cast iron cylinder was then liquified and poured into the mold. Despite six attempts, a complete cast iron replica has yet to be successfully cast. The common problem stems from movement of the core during the pour. In effort to resolve this, three small rectangles of cast iron will be placed around the greensand core to better retain its position by preventing any core movement whatsoever.

In the upcoming spring, one grenade of each type will be detonated on a federal explosive range. Ballistic gelatin torsos, decibel meters, pressure pads and high-speed cameras will all be used to record the blast. The aim will be to not only compare the lethality between the two material types, but to also measure other factors, such as concussive force and decibel levels, as these can factor into lethality. Afterwards, a full medical evaluation can be performed to ascertain the extent of each factor. Results can then be computer simulated in other environments like enclosed spaces, on ship decks, and wooded areas for an adjusted potential lethality. Ultimately, all these data can be compared against historical records to evaluate their validity.

FAULKNER, George. 1747. A Dictionary Explaining the Most Difficult Terms Made Use of in Fortifications, Gunnery, and the Whole Compass of the Military Art. George Faulkner, Dublin, IE.

NORTON, Robert. 1643. The Gunners Dialogue with the Art of Great Artillery. London, England.

SELLER, John. 1691. The Sea-Gunner: Shewing the Practical Part of Gunnery, as it is Used at Sea. H. Clark, London, England. 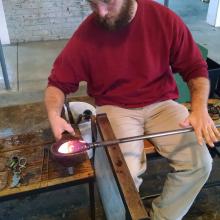 Fig 1. Using a wooden block to form a… 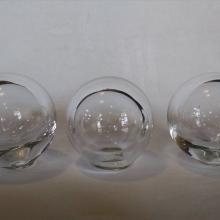 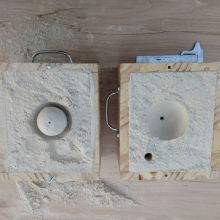 Fig 4. Overview of the greensand mold…

The Theory of the Archaeological Raft: Motivation, Method, and Madness in Experimental Archaeology
The Iron Age Shepherd Sling
Book Review: Sailing into the Past: Learning from Replica Ships by Jenny Bennett (ed)
X-Ray Tomography and Infrared Spectrometry for the Analysis of Throwing Sticks & Boomerangs
Book Review: Viking and Iron Age expanded Boats by Ole Crumlin-Pedersen and Hanus Jensen