An Insight into the Baltic Experimental Archaeology Summer School 2017

The Baltic Experimental Archaeology Summer School (BEASS) took place from July 17th to 23rd 2017 in Lucavsala, Riga, Latvia. For the first time it was organised outside Āraiši Archaeological museum park, because of the change of its status from a branch of the National History Museum back to the department of Amata local municipality near Cēsis.

The Baltic Experimental Archaeology Summer School was organised in an abandoned garden area rented from Riga City municipality in the middle of the Lucavsala island.

The Baltic Experimental Archaeology Summer School was organised in an abandoned garden area rented from Riga City municipality in the middle of the Lucavsala island, where several abandoned gardens are being rented by the author of this article since 2015 and by Latvijas Arheoklubs NGO since 2016.

Several lectures and workshops took place during the summer. The tradition of inviting specialists from related disciplines whose experience are of value to experimental archaeologists was continued. The idea appeared during 2013 – a primitive skills revival project held in Āraiši archaeological park and was successfully developed during 2016 and 2017. The lecture and workshop by biologist Ivo Dinsbergs about usable, edible and poisonous plants was given, as well as lecture about animals and birds as sources of food and materials for the craft.

A lecture with practical demonstration about the geology of Latvia and available rocks and minerals useful for prehistoric stone working was given by the geologist Māris Rudzītis (Museum of Geology at the faculty of Geography and Earth Sciences of University of Latvia).

A craftsman and bowyer Māris Zvērs (owner of Zvers Archery) was invited and gave a workshop on primitive prehistoric bow making and a basic introduction to historical bow shooting techniques.

School activities included flint knapping and bronze casting in sand and clay molds, as well as pottery making and burning, which were all organised by the author of this article.

A practical workshop focussing on primitive and ancient music instruments was run during the last part of the summer school by ethnomusician Liene Kņaze (leader of the folklore group “Savieši”).
Archaeologist and historian Aivars Siliņš organised a theoretical introduction to, and practical workshop on, iron working.

Additionally, a small cremation experiment was organised which set out to understand some aspects of the burial rites of western Balts during the 11-13th Centuries  in order to improve the methodologies of future planned experiments by the participants.

The Baltic Experimental Archaeology Summer School was attended by 12 participants and drew attention from local media and press (Nagle 2017).

During the European Association of Archaeologists conference, the author presented a paper in the session "Illuminating the past, enlightening the future: experimental archaeology pioneering for societal development” about how experimental archaeology and primitive technology activities as part of educational projects can help breathe life back into abandoned areas.

Registration for the 2018 Summer School is now open

Applications for participation are accepted by email to latvijas.arheoklubs@gmail.com until May 31 2018. 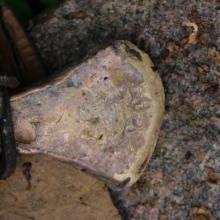 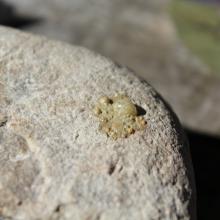 Fig 2. Demonstration of how geologists… 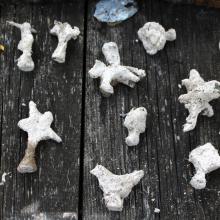 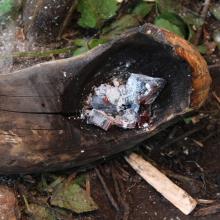 Fig 4. Hollowing out wood by means of… 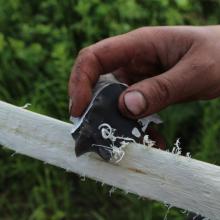 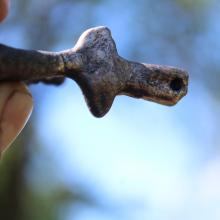 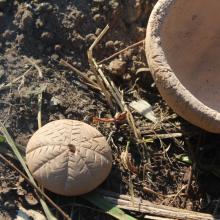 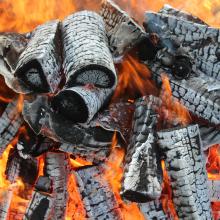