A Seventh Century BC Picenian Cloack Clasp Made of Iron, Bone, Bronze and Amber: Reconstruction of a Masterpiece

This article is dedicated to the reconstruction I’ve done in 2017 of a Picenian cloack clasp which is a pretty unique find. It has been found in a prince’s grave dating back to the early 7th Century b.C. and is considered a rare find because only a few similar items have been found in Central Italy, and because of the rare use of amber decorations and bronze plates, that makes this find a true masterpiece. A masterpiece that has been challenging to replicate, but a real pleasure for any Iron Age enthusiast: it is really difficult to remain indifferent in front of this example of craftsmanship and aesthetic taste that captures our gaze even today.

The clasp itself is basically a hinge composed of two halves rotating around a vertical iron pin. Each of the halves is composed of a bronze plate on which an ivory one is nailed. Two tiny amber figurines cut into the shape of decorative ducks are also fixed on each ivory plate. They are held in position by microscopic nails also made of amber and inserted through small holes drilled on each duck’s head.

The Iron Age in Central Italy is a period that approximately goes from the ninth to the third centuries BC, generically beginning with the late Villanovan culture and ending with the Romanization of entire regions and cultures. Among those cultures there was one that populated the modern-day regions of Marche and Abruzzo: the so-called Picenians, of which I already wrote both on EXARC and on Edizioni Chillemi (Fiorentini, 2011; 2013; 2018).

The Picenian culture lasted for almost seven centuries and continuously evolved during its life, soon being influenced by the Greek and Etruscan cultures, an influence that gave name to a whole period of this Italic culture (Torelli, 2000). This is called the “Orientalizing era” or, more scientifically, the “Piceno III”, a period of time that spans from 700 to 580 BC according to Delia G. Lollini’s analysis and other author’s contributions (Lollini, 1972; Maroni, 1992; Collona, et al., 1999).

The most striking change between Piceno III and the earlier Piceno II, is the adoption of luxurious items some of which have been clearly imported from Greece while others were locally created having Eastern originals as models (Baldelli, de Marinis and Silvestrini, 2001). Among those items we can find the classic black figures pottery, particularly decorated weapons and entire new sets of jewels, such as inlaid or silver fibulae (Silvestrini and Sabbatini, 2008). One such piece is the astonishing multi-material cloak clasp found in a prince’s tomb in Matelica (MC), roughly 75 kilometers from the modern region Marche’s capital, Ancona. It was found in Villa Clara’s tomb number 1, which has been dated between 720 and 680 B.C. (Collona, et al., 1999; de Marinis and Silvestrini, 2001; Silvestrini and Sabbatini, 2008).

The clasp itself is basically a hinge composed of two halves rotating around a vertical iron pin. Each of the halves is composed of a bronze plate on which an ivory one is nailed. Two tiny amber figurines cut into the shape of decorative ducks are also fixed on each ivory plate. They are held in position by microscopic nails also made of amber and inserted through small holes drilled on each duck’s head.

Those tiny nails have then the double function of both holding the ducks in position on the ivory plates and reproducing the animal’s eyes. Once all of those pieces were firmly secured in position by their nails (and possibly glue), the whole hinge was sewn on a textile or leather support, most probably a cloak or a belt of which it constituted the clasp. Sewing of the hinge on its support was made possible by the presence of two lines of holes drilled through the external long sides of the bronze plates.

The Matelica clasp is quite rare as one of the few clasps in which amber has been used as a decorative material, and also because it is composed of two bronze plates where most of the clasps that can be compared to it have their metal parts consisting of multiple twists of wires, often in shapes that are reminiscent of combs (Fiorentini, 2011; 2013).

That is why it was unavoidable for me to try to reconstruct the clasp from Matelica: the uniqueness of this find and the use of so many materials constituted a challenge that I was happy to pick up and more than willing to overcome.

My reconstruction began by taking all of the appropriate measurements and then cutting a plate of bronze in two halves. The next step was to drill two vertical lines of ten holes on one of the longer sides of both halves, and then shaping and bending the opposite ones in order to obtain a total of five small cylinders, three on a plate and two on the other, that were to host the iron pin. Next, I drilled two holes in the center of each bronze plate, holes that were going to receive the bronze nails fixing the upper bone plates.

Following this I retrieved the long bone from a cow’s leg, I cut it obtaining a rectangle and furthermore split this rectangle into two smaller ones. These were going to substitute for the ivory plates, ivory trading or working is illegal in Italy. Once I had the bone plates refined to match the lower bronze ones, I drilled a total of four holes on each of them, of which two holes were going to host the amber nails keeping the ducks in position, and the other two were needed for the bronze nails fixing each couple of plates to their lower bronze ones. For the cutting and drilling I used a hacksaw, a hand drill and some files. According to Dr. Giuliano De Marinis's analysis (de Marinis, 2001, pp. 46-47) on some horn handles found in Moscosi di Cingoli, a site situated 30 kilometers far from Matelica, by the beginning of the Iron Age both hand drills and hacksaws were used. The use of files is conceivable by the traces these tools may have left on some blades, such as the bronze knife dating to the 9th century found in Sirolo. Moreover, the use of whetstones for polishing or grinding is attested by one of these tools, also found in Sirolo (Landolfi, 2001).

The next step was to make the four bronze nails, which I did by hammering and stretching four pieces of metal wire. The same process was used to produce the central iron pin, which is different from the original because its section is rounded instead of squared and because it has of an ovoid head, instead of the spherical one on the original. The original is highly oxidized and not easily readable.

At this point I was in possession of the majority of the pieces, all of them refined and ready to be assembled together: only the four amber ducks and four nails were missing.

Producing the ducks proved to be quite an easy task for none of them cracked during the operation, which is somehow surprising considering that none of them is thicker than one millimeter, or longer than one and a half centimeter. Even drilling the holes that were to host the nails was a success at first try. That is partially because of the extra excellent quality of the Polish amber I have used. While the specimen's amber has not yet been analyzed, the chance that Picenians imported amber from today's Poland is supported by some Authors (Von Eles, 1995; Lewanski-Kanceff, 1995; Massimi, 2012). It was also a success because I have been working very slowly, only using hand tools such as a hacksaw, a tiny drill, and files. Making these ducks took me some time but the result is worth every minute.

Some authors (Von Eles, 1995) suggested that amber could have been worked using heated up tools, such as blades or knifes, but while I have successfully tested this method on some spare amber fragments, there is currently no clear archaeological evidence of its adoption.

A whole different situation was making the amber nails: the picture will show better than any word their dimensions, which are really microscopic. Each nail is shorter than five millimeters and bearing a maximum circumference of a couple, at most. Compare one of them with the pencil I photographed on its side (see Figure 5) and you will understand how it was I had to waste at least eight nails before managing to successfully carve four out of another piece of superb Estonian amber.

This leads us to the final steps of the reconstruction that is assembling the plates together and then fixing the ducks on the bone plates. I chose to depart from the original, which has only 3 out of 4 ducks, the lower one on the left plate facing towards left as is the upper one on the right plate and contrary to the upper one on the same left plate. Furthermore, this lower left duck is offset compared to the upper one, having been placed close to the right extremity of the plaque while the other is more central.
Keeping in mind that the loss of the fourth duck makes the original clasp not entirely readable, I decided for symmetry and voluntarily fixed the lower couple of ducks exactly under the other, all facing toward the same direction, that is towards the inside of the plate.

This way I managed to fill the entire surface of the bone plates, without leaving any empty space that would have been unpleasant to see and not justifiable, things that, on the contrary, may easily happen to an archaeological find for it could have lost one or more pieces or have not been properly restored.

The last steps were to assemble all the pieces, using both nails and glue. I used the Garavella adhesive, which is used in restoring antique furniture. While commercial, it is made by boiling animal bones and skins, without adding artificial or chemical additives. The clasp was then temporarily sewn onto a couple of leather straps in order to better show its functionality to the public, during shows where the jewel arouse appreciations for its uniqueness and rarity.

Reconstructing this clasp took me two days for a total of more than fifteen hours. It is composed of seventeen pieces, of which one of iron (the central pin), two of bone (the upper plates), six of bronze (the lower plates and the nails) and eight of amber (the ducks and their nails). The reconstruction has a total length of 7.8 cm and is 9.5 cm high.

Fiorentini, M., 2013. A Picenian Warrior Who Lived in the Eight Century BC: A Hypothethical Reconstruction. EXARC Journal, Issue 2013/2. 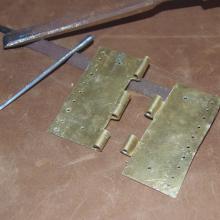 Fig 1. The bronze plates and the iron… 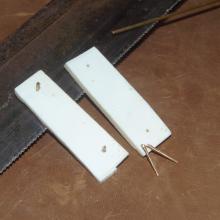 Fig 2. The bone plates and the bronze… 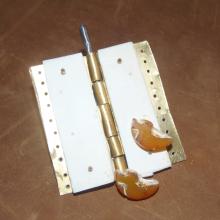 Fig 3. Unrefined pieces and a couple of… 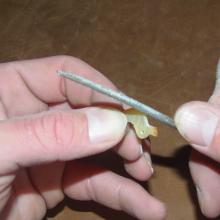 Fig 4. Refining one of the ducks 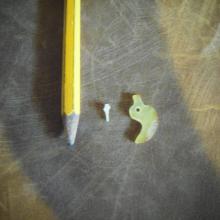 Fig 5. Comparison between one of the… 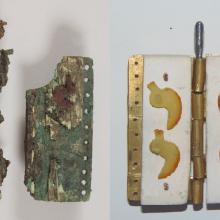 Fig 6. Comparison between the original… 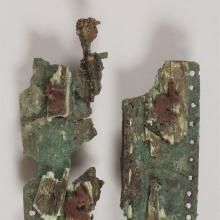 Fig 7. The original cloack clasp from… 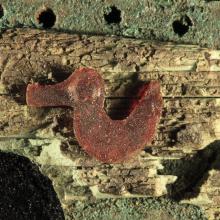 Fig 8. Closing on one of the original… 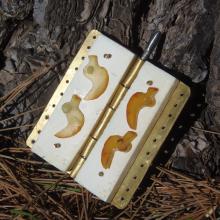 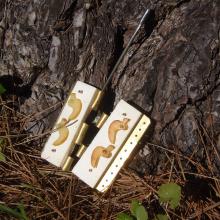 Fig 10. Showing how the clasp opens

Twenty Years with Flint. The Society for Experimental Prehistoric Archaeology – Where are We Now?
Aspects on Realizing House Reconstructions: a Scandinavian Perspective
Spinning in Circles: the Production and Function of Upper Palaeolithic Rondelles
Early Medieval Bone Pipes: Understanding the Sounds of These Instruments through Reconstruction
The Story of your Site: Archaeological Site Museums and Archaeological Open-Air Museums