The Paleofestival took place on 26-27th of May 2018 in the Castle of San Giorgio in La Spezia (Italy), which today serves as a Museum of Archaeology. Reconstructors from different parts of the world introduced visitors to issues related to everyday life in ancient times. There were attractions for adults and children. There were reenactors mainly from Italy, but also from other countries (Poland, North America, Azerbaijan, and UK).

The festival was an excellent opportunity to reach out with experimental archaeology to visitors and bring them to the prehistoric past. Various innovative ideas for popularising history and archaeology had been presented.

The first day started with a trip to a small but picturesque town Portovenere, followed by the EXARC meeting, and then began the presentations and workshops.

The second day launched with a conference attended by archaeologists and museologists involved in experimental archaeology and its popularisation. The conference was opened by Donatella Alessi and Edoardo Ratti, followed by a few words of introduction about EXARC from Roeland Paardekooper. Federico Bonfanti and Pedron Simone (IT) presented popularising and experimental activities at the open-air museum The Prehistoric Village Of The Valle Del Menago Park In Bovolone (Vr). Especially interesting was experimental reconstruction of prehistoric huts. Katarzyna Badowska, Wojciech Rutkowski and Marcel Bartczak (PL) shared results of their ethnographic survey, which concerned the contemporary craftsmen's attitudes to historical reconstruction. The next paper again brought on the topic of open-air museums. This time it was Parco Archeologico del Livelet delivered by Maura Stefani, Marta Modolo and Fabio Sartori (IT). The lecturers explained the didactic value of events and activities organized at the park. Some of the lecturers, apart from their theoretical papers, also presented the results of their experimental archaeology at the Paleofestival. An interesting example of this was the presentation of Theresa Kamper (UK) on the historical methods of skin processing technologies and macroscopic observations. As a part of the festival's show, the speaker presented the results of her research in practice. Archaeology and didactics for the P. Graziosi Museum in Florence was the next topic, brought up by Valter Fattorini and Alessandro Filippi, (IT). They talked about the activities they run for primary school students and how it can bring them closer to ancient history. An innovative approach to popularising knowledge and presenting artefacts was presented by Linda Hurcombe (UK), who demonstrated 3D prints of artefacts. Thanks to this, everyone could touch an object with exactly the same shape as the original artefact. Anachiara Penzo from the Museo Civico Archeologico "L. Fantini" (IT) introduced a new exhibition in the Fantini Museum, which focuses on the reconstruction of two houses of the Etruscan-Celtic settlement of Monte Bibele (from the 4th to the 2nd centuries BC). Lara Comis (IE) presented her PhD research topic. Her work concentrates on mutual benefits that museums, researchers and visitors can achieve in the field of experimental archaeology. Antonio Brusa from the Museo delle Palafitte di Ledro (IT) told us about his search for a good educational game and what requirements such a game should meet. The session was closed by Romana Scandolari, also from the Museo delle Palafitte di Ledro (IT), with an instruction on how to teach history with objects.

When the conference was over everyone could enjoy the attractions of the Paleofestival, which were so numerous that it is impossible to name them all. We will only recollect a few most appealing to us. There were workshops with reconstructions of archaeological artefacts. There were flint tools based on findings from Italy and also the reconstructions of tools from today's Poland presented by Marcel Bartczak, as well as Artūrs Tomsons' workshop, where visitors could see the process of creating flint tools from Latvia. Several workshops presented items from slightly younger periods. Among them were stalls with copies of Etruscan artefacts. Very high craftsmanship of artisans was visible especially in non-ferrous metals and beautiful Etruscan ceramics. One of the workshops presented everyday objects used by Barbarians from the Central European Barbaricum. Visitors could learn something about the Przeworsk culture, which occupied the area of today's Poland from the 3rd century BC to 5th CE. Casting workshops were an extremely exciting part of the Paleofestival. Craftsmen decided to cast, among other things, bronze daggers, using two-piece stone moulds. In the second workshop a different technique was adopted, based on making a clay mould (lost-wax method). When the bronze was melted in the melting pot and the moulds were heated in the furnaces, liquid bronze was poured into the mould. After a while the metal cooled down, forms were opened, and the visitors' eyes could see copies of the Bronze Age artefacts. An additional attraction was the opportunity to dress up in costumes from different periods. It was possible to try on various types of helmets, for instance of the Greek hoplite, the Roman legionary and the Longobard warrior. The Association Tramedistoria invited visitors to a unique journey through the sound of the Palaeolithic times. Tourists sat on the floor in the silence with their eyes covered and could only listen to the wind, drum, rattle and other primeval sounds. All this was supposed to let the imagination of the participants run free and move them in time to the Stone Age. Tourists could also see a special performance regarding the daily life of Palaeolithic hunters. The topic of the performance was hunger, prayers, and finally a large prize in the form of hunted game. The actors recreating this spectacle belonged to the reconstruction group called Teuta Lingones and were also very good performers. The show was very amusing, greatly enjoyed especially by young tourists and their parents, which made the atmosphere of the entire Paleofestival so unique. However, through the eyes of an experimental archaeologist who specializes in the Stone Age, it should be noted that the costumes and tools suited the entire Stone Age, not the specific timeframe in which the performance was set up. This lapse could be spotted only by experts in the field of Stone Age archaeology, but for the ordinary tourists it was not so important - they had not seen anything incorrect in the reconstruction and were happy to take part in this prehistoric show. There were also activities for the youngest visitors, who had a chance to look for a "fossil" in a designated area, or make a hippo figure modelled on an original artefact. For the slightly more patient young participants there was the chance to come home with self-made jewellery modelled on findings from the Stone Age. Kids could also try their skills at drawing Egyptian hieroglyphics under the watchful eye of specialists.

The festival was an excellent opportunity to reach out with experimental archaeology to visitors and bring them to the prehistoric past. Various innovative ideas for popularising history and archaeology had been presented. The festival was also the occasion to meet many people dealing with the same subject matter, establish new contacts and exchange experiences.

The Paleofestival attracted people interested mainly in the Stone Age, which is quite different from experimental archaeology events organized in Poland, where the main interest of visitors is focused on the Middle Ages. As it turns out, knowledge about and interest in the Palaeolithic among non-specialists in the field of archaeology is surprisingly wide in Italy. 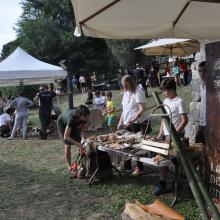 Fig 1. View of the Festival. Copyright… 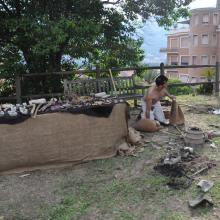 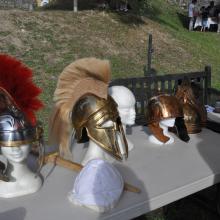 Fig 3. Different helmets to try out.… 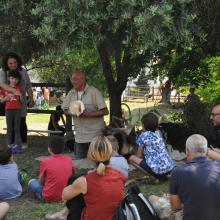 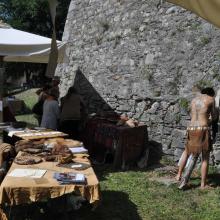 Fig 5. Table presentation by the… 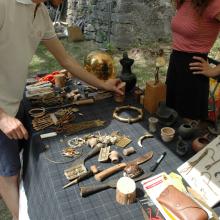 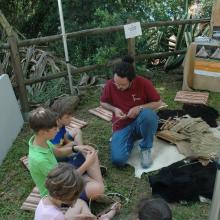 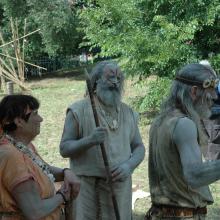 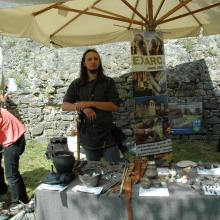 Fig 9. Table presentation by the… 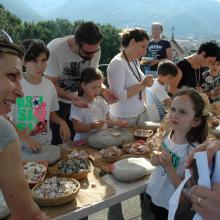 Fig 10. Workshop for children with… 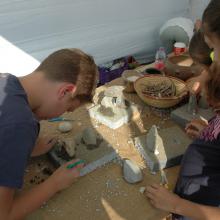 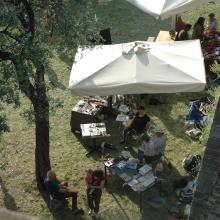 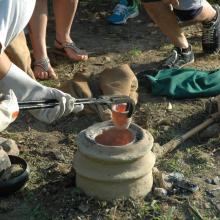 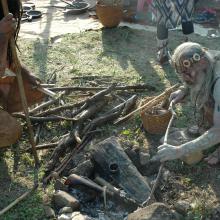