This year’s Association of European Open Air Museums (AEOM) Biannual Conference 2019 took place at multiple sites in Poland, over four days in late August. Its two key themes were ‘How Open Air Museums represent different cultural identities’, and ‘Representing the past - technical solutions for reconstruction and archaeological interpretation’. I was invited to participate in order to discuss how EXARC and AEOM can best partner up, and also how to share best practices from my workplace Colonial Williamsburg. The four-day conference was split into half days, consisting of discussions and site visits. This was the first time I had been to a conference like this and I was eager to see how it worked.

Visiting the museums was an excellent way of contextualizing the day’s presentations, provided an opportunity for networking, and a way to experience the pertinent museums in a coordinated way. Overall, I can highly recommend this conference to interested EXARC members in future.

Day one began with a visit to the Silesian Museum in Katowice, followed by a visit to the Upper Silesian Ethnographic Park in Chorzów. Arriving in Poland we travelled directly to Katowice to meet up and head to the first location of the conference in Chorzów. The former coal-mining site at Katowice has been transformed into an industrial museum and art gallery focusing on the Silesian region. Maximum use has been made of the space by installing the galleries underground with low impact on the surface. Unfortunately, the industrial part of the museum was closed when we arrived. However, we had access to the galleries, providing us with an impressive introduction to polish museums (See Figure 1). After an introduction and short tour of the Silesian Museum, we boarded the bus for our first visit to the Upper Silesian Ethnographic Park in Chorzów. The park is a welcoming green space, situated between the urban centers of Katowice and Chorzów. This ethnographic park is a traditional folk museum with sixty agricultural and rural buildings from all over Silesia. The buildings date from the 17th century to the 1940s, and include a granary from 1675, and Nieboczowy Church from 1791 (See Figure 2).

Day two opened the AEOM Conference, with a morning meeting in the Opole Exhibition and Conference Centre (See Figure 3). Keynote paper given by Claire Girauld-Labalte from ENCATC, discusses the Faro Convention, predominantly about citizen involvement in heritage. Henrik Zipsane, President of AEOM and Jamtli Museum, followed with a review of Jamtli Museum located in Sweden, focusing on how it had incorporated a housing development for refugees next door to the museum as a way of social engagement and as a way of securing funding. Jamtli define themselves as an active part of community – producing a “socio-cultural position” for the museum. The final two papers reviewed ethnic diversity in Poland (Krakow University) and The Molukker Barak, a Dutch Open Air Museum in Arnhem. The papers from this first day revolved around the conferences’ theme of how we represent different cultural identities in museums. Naturally, this theme was taken up in the lively Q&A where the question was raised about where we draw the evidence for cultural identities from, and especially who is included in the discussion during planning and presentation.

After the morning coffee break, day two continued with case studies, kicking off with Zsolt Sari from the Hungarian Open Air Museum, presenting on the museum’s attempts to integrate with the original community from which the buildings in the museum came. The Hungarian Open Air Museum is bringing occupants from the original locations to the museum, and digitized versions of the buildings are given back to the original community. The second case study was present by Martin Brandt Djupdraet and Anna Wowk Vestergaard from Den Gamble By, Open Air Museum in Aarhus, who described how socially marginalized people were being invited to be part of their museum. Martin shared their experience of working with a homeless individual to rebuild his shelter and to describe his story as part of the museum’s offerings. The hope is that by telling a wider range of stories, museums can change the way visitors see the world. This is based around the concept of the museum as a safe place to discuss unsafe ideas. Some guests felt this was more relevant to them than the older houses in the museum. The final case study was given by Hilde Schoefs who presented on the pig from Bokrijk. This paper looked at pigs as part of daily life, which is often seen as something strange to modern urban visitors unfamiliar with rural environments. The museum tries to narrate more than one perspective, although reactions were not necessarily multi perspective in turn. The museum is including art installations to create a more contemporary experience for visitors. These installations are enhanced by input from art historians, writers and curators who set up multiple stories and modes of engagement. Probably the biggest question of the day was how we maintain staff engagement when trying to develop challenging new ways of interpretation. It is easy for experienced and broad-minded staff to engage with novel ways of telling history with diversity, but other staff may be in opposition to or at least unconvinced about more forward-thinking attitudes.

The afternoon was taken up by a visit to Opole Village Museum, finally ending the day at the Milling Museum in Osieczna. Opole Village Museum is a traditional open air museum with over forty folk buildings from mainly the 19th century and reconstructed to the inter-war period, when this part of Poland was part of Germany. Here we were welcomed by Jaroslaw Gałęza, AEOM board member and head of the museum. Jaroslaw showed us the many rural farmsteads, working buildings, a smithy, a watermill, (See Figure 4) and a spectacular church dating to 1613. We were given a very warm welcome by the managers at the Milling Museum of Osieczna.

Day three took place at the conference center in the College of Europe, Gniezno. The morning session was introduced by Anke Hufschmidt on archaeological collections and the future of open air museums, followed by a keynote paper by Andrzej Wyrwa from the University of Poznan looking at the integration of archaeological evidence into open air museums. Next came two case studies, the first was an interesting overview of the impressive steps St Fagans National Museum, Wales made in recent years. This was all the more interesting for me because this was the museum in which I spent my childhood in Wales! The second case study was presented by myself, looking at EXARC’s four principle foundations and how these are represented at the Colonial Williamsburg Foundation USA. This was followed by poster presentations. The presentations were brought together and each presenter was provided with a short time to discuss their poster on the main conference stage. Lunch was followed by Henrik Zipsane’s review of the present and future of the AEOM, along with archaeological research, technical solutions of reconstruction and archaeological interpretation. Future planned conferences were announced, at Skansen in 2021, Hungary-Croatia in 2023, and Rumania’s Muzeul National al Satului in 2025, and an off-shoot conference in Lund in 2020 (See Figure 5). Finally, we broke out into a series of workshop discussion groups looking at lifelong learning, live collections, crafts, construction, and marketing. This was a useful way to share experiences and ideas with our colleagues in a variety of areas, get feedback, and open up to new philosophies.

The afternoon finished with a visit to the Wielkopolska Ethnographic Park in Dziekanowice. The Ethnopark is one of the biggest in Europe and consists of over sixty buildings from all over the western part of Poland. The open air museum consists of the usual range of rural buildings, as well as a village ‘pub’ where we were welcomed with very much appreciated beer and music! The park also includes a large rural estate and is located nearby the archaeological park of Ostrów Lednicki and the 10th century Polish Royal fortified settlement or gród (See Figures 6-8). This settlement was located on an island on the southern end of Lake Ledniki, consisting of a castle thought to be the administrative center of two of Poland’s first rulers - Mieszko I and Boleslaw the Brave.

Day four began with a visit to the Archaeological Museum in Biskupin; travelling by means of bus but also surprisingly via a train! (See Figure 9). Personally, this was the highlight of the trip, providing a broader range of reconstructions based on archaeological evidence. EXARC member and director of Biskupin, Henryk Dąbrowski (See Figure 10), welcomed us and introduced us to the museum with a short but very interesting presentation on the history of the excavations at the site. The museum is large and centers around the spectacular Bronze Age fortified lake settlement from the Lusatian culture (ca. 800 BCE). Excavated first in 1933, the reconstruction has focused on the main entrance to the settlement, parts of the palisade walls, and two of the main long houses; situated on either side of one of the original eleven log-mettled streets (See Figure 11). Also at the museum is Osada mezolityczna, a reconstructed Neolithic area with recreated huts and long house (See Figure 12), as well as Wioska wczesnopiastowska, a medieval village (See Figure 13) with rows of reconstructed houses and workshops. After we had spent the afternoon in the hot sun, we were back at the conference center in the College of Europe, Gniezno, where the General Assembly of AEOM convened, followed by a farewell dinner in “Balcerowo Palace” Gniezno.

At Biskupin we were welcomed by EXARC member and Director of the museum Henryk Dąbrowski (See Figure 10).

Overall, in line with the conference’s themes, there seemed to be a lot of focus on social inclusion, in museums. Questions were raised on the following:

These questions were echoed in off-line discussions about the concomitant ICOM proposed definition of the museum, and what impact it would have on existing museums. The body of the conference came to no clear conclusion in this regard, reflecting the diversity of opinion to the proposal in the wider field. Looking back at the conference as a whole, the format was slightly trying with a lot of travelling to and fro, but even so, it was very successful. Visiting the museums was an excellent way of contextualizing the day’s presentations, provided an opportunity for networking, and a way to experience the pertinent museums in a coordinated way. Overall, I can highly recommend this conference to interested EXARC members in future. 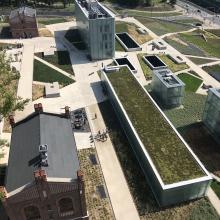 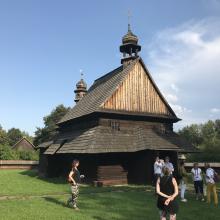 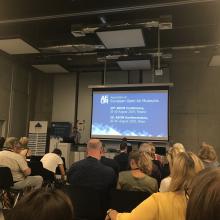 Fig 3. Opening of the conference at… 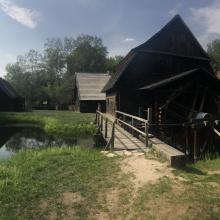 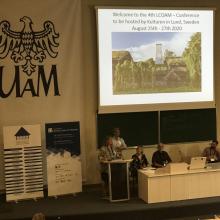 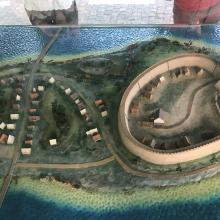 Fig 6. Model of Ostrów Lednicki, the… 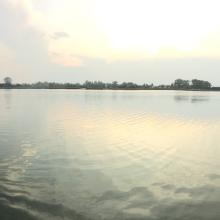 Fig 7. Location of the remains of one… 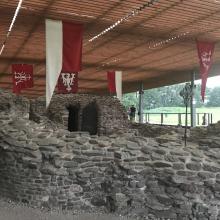 Fig 8. Church remains in the main… 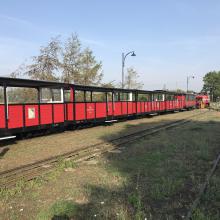 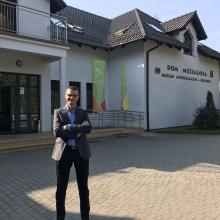 Fig 10. EXARC member and director of… 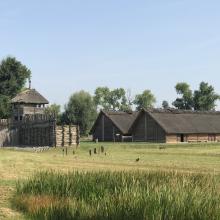 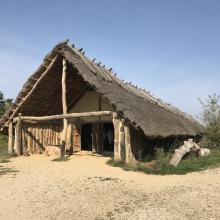 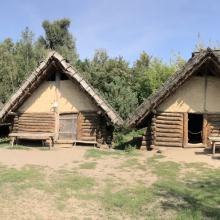 Fig 13. Part of the Medieval settlement…