From 17 - 19 October 2011 in Banyoles, Spain, the third international congress of experimental archeology took place, organized by the Asociacion Experimenta. After a general presentation of the conference, I will make a review of some very interesting talks: the one of V. Moitinho and J. A. Barceló, Universitat Autonoma de Barcelona; I.Clemente Conte et all, Departemento de Arqueologia en Antropologia IMF-CSIC; I. Ollich, M. de Rocafiguera and M. Ocana, Fundacio´ Privada l’Esquerda; V.Garcia Diaz, Universiteit van Leiden. In conclusion, I will offer a brief comment regarding the role of the conference on the general landscape of experimental projects in Europe.

Experimental Archaeology is often – and more or less positively – associated with a strong participation and involvement of the public. Banyoles 2011 confirms this trend, but also testifies to the enormous heritage of young researchers who are bringing, in the last few years, a level of scientific rigor to this discipline.

Banyoles 2011 was a very intense conference. The speakers were more than 50 in three days, the quality of presentations was particularly high, as well as the presence of young, skilled and passionate researchers. The organization and logistics of Asociacion Experimenta was absolutely flawless. The participation of the young public was large, lively and alert. During the first day following sections were discussed: teaching and learning, predictive modeling, inference and replication, production and use of polished stone artifacts, bone and wood, organic materials and agricultural production. During the second day presenations looked at the production and use of flaked stone artifacts. The third day was dedicated to architecture, domestic structures, the production of ceramics and metals.

The conference opens with an introduction on the value of ‘popular science’ bringing a reflection on the meaning of knowledge and its transmission. This was followed by a section dedicated to pedagogy and teaching, focusing on the concept of empathy and experiential learning. The location of these presentations at the beginning of the conference, in my opinion, had a significant programmatic intention, especially in light of recent political events in the Mediterranean. It proposed a link between learning strategies, divulgation of knowledge, economy, tourism and politics that now, more than ever, regards the notion of visibility of the ‘experts of the past’.. Making archaeology means to propose an interpretation of the past, and then the job of the archaeologist is connected with an urgency of identity that has clear political overtones.

Another element that I think is important is the concept of empathy, sometimes called motivation, which is presented as crucial in the transmission of knowledge. Knowledge, according to these premises, is seen as a system of communication between different subjects - the archaeologist and the tourist or the children - and it is always the result of a relationship.

The following presentations were of a technical nature. A very interesting, small section was dedicated to the prediction, inferential and replication models in experimental archeology. Vera Moitinho presented a project aimed at understanding the archaeological artifacts by reverse engineering. The researcher proposes the use of archeology virtual, using 3D data for the interpretation of the relationship between form and use, in order to propose a new method of analysis complementary to experimental archeology. The archaeometric data and archaeological object are correlated with artificial intelligence through a process of computational simulation of the kinematics of the action taken by the object. In the specific case, has been presented a virtual simulation relative to an arc of wood.

The conference follows with a section on polished stone, bone and wood. One of the most interesting speeches was the one on the site Zamostje 2, by I.Clemente Conte, Y. Maigrot, E.Y. Gyria, O. Lozovskaya. The site presents the Mesolithic and Neolithic levels numerous ictofaunal remains that show the importance of fishing as a livelihood strategy in the lake areas of Russia.

The presentation showed the experiments on bone tools related to fishing and fish processing. The researchers started from the observation of fishing hooks found in the archaeological record. Experiments were carried out with four different types of fish, which demonstrated that the teeth of each species leave different traces. Awls were also studied for fishing nets, as such as harpoons and knives made of the ribs of moose to clean and scale the fish. From a methodological point of view, the experiments were organized into two sections. The first section is intended to recognize and document technological wear and use patterns. The second section of experiments has the purpose of comparing the different use wear produced by different fish species. The hypothesis of the authors, by studying this site, is related to the anthropological classification of the late Mesolithic subsistence system: in fact, they propose definition of fisher-hunter-gather societies. This presentation was an example of experimental archeology in academic research at the international level, and shows how this methodology should be integrated alongside all the others in the understanding of the archaeological record.

The presentation of I.Ollich, M. De Rocafiguera, M. Ocana, C. Cubero (Cubero et all 2007) tells the story of a long term experimental project. The story of the Esquerda, a medieval Iberian site located in Osona (50 km north of Barcelona), begins with the discovery and excavation of a granary. The excavation of the structure was supported by a long term experimental agricultural project. The fields surrounding the excavations have been cultivated for 20 years according to the simulation of medieval farming techniques. Cereals and pulses were cultivated in a system of 2-year and 3-year cycle of crop rotation (Cubero et all 2007, 87). The research collects all the data related to the crops taking into account the meteorological variables. In addition, the research was extended on crop storage systems, and the experimental reconstruction of the granary itself.

The last presentation was by V. Garcia Diaz, called Borers for the production of amber and jet beads in the Single Grave Culture of the provinces of Noord-Holland. The researcher, in this speech, explains from a methodological point of view how to study the archaeological record through the use of functional analysis and experiments. She states that the ultimate aims of the development of the experimental program are two. The first aim is to record the technological process of the creation of the amber and jet beads. Second, the use wear visible on the borers used to drill the perforations will be recorded to see whether amber and jet produce different wear traces. This experiment was conducted within the research project Unlocking Noord-Holland's Late Neolithic Treasure Chest: Single Grave Culture behavioral variability in a tidal environment of Leiden University: once again we can see how experimental archeology is now an integral part of academic study methods.

One last note about the speakers: given the high quality and number of speech, I might very well choose four more of equal interest. Since that is not possible, I just want to mention some names of young researchers that deserve attention: Mozota Millan (study of bone retouchers), Cecilia Buonsanto (recognition of knapping mistakes), Niccolo' Mazzucco (traces of transport on flint), Edgar Camaros and colleagues (modification of fireplace by carnivores in the Pleistocene).

Experimental Archaeology is often – and more or less positively – associated with a strong participation and involvement of the public. Banyoles 2011 confirms this trend, but also testifies to the enormous heritage of young researchers who are bringing, in the last few years, a level of scientific rigor to this discipline. At the same time they maintains a strong contact with the public, thus ensuring all the interest necessary to a proper preservation of archaeological heritage. In this conference experimental archeology is presented as a solid and growing discipline at the same time, in all possible spheres of application - research, education, tourism (Comis 2010). The problem of the conflict between experimental versus experiential is not anymore, in my opinion, at the center of the definition of this discipline. Research using experimental archeology has acquired a structured methodology. There is no need to take distance anymore from the sphere of experiential archaeology and didactics in education. In my opinion this statement is supported by the fact that the professions related to research, tourism and education are being defined with increasing clarity, and are ready for a profitable dialogue that should be an example in other fields of archaeology. I hope that in the future the model of Banyoles will be taken as an example in giving space to young professionals, and that the question of employment in research, didactics and divulgation through experimental archeology will be taken seriously in account.

CUBERO, C., I. OLLICH i CASTANYER, M de. ROCAFIGUERA i ESPONA, and M. OCAÑA i SUBIRANA, "From the granary to the field; archaeobotany and experimental archaeology at l’Esquyerda (Catalonia, Spain) (A present from the past for Corrie C. Bakels to honour her impact in Archaeobotany)", Vegetation History and Archaeobotany, vol. 17, issue 1: Springer Verlag, pp. 85-92, 2008. 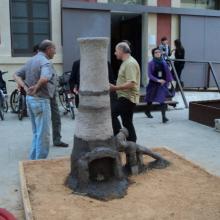 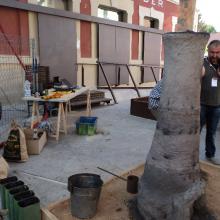 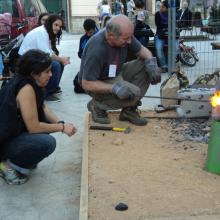 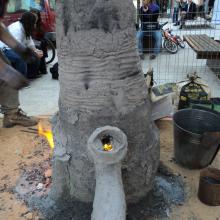 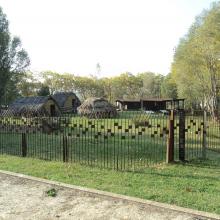 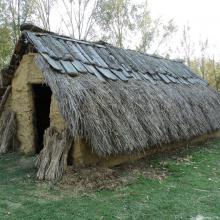 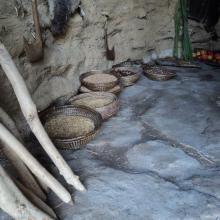