The Roman Limes was a system of borders around the Roman Empire. In several countries, these Roman sites are given much attention, take for example the UK (Hadrian’s Wall) and Germany. Also in Hungary and Slovakia, attention is rising for this cultural heritage with the European Union supporting a program to prepare the nomination of the Roman Limes sites in Hungary and Slovakia as UNESCO World Heritage Sites.

All in all, this was a good start of public activities at the archaeological park, and much attention was given to the organisational side of running a park and public events with an archaeological background.

One of the three Hungarian partners is Paks, a city in South Transdanubia, Hungary. The Roman fort Lussonium is situated here. This is an archaeological site of the ripa Pannonica, which has been excavated over the past two decades. The long-term goal is to continue with the restoration of the Roman ruins to form an archaeological park and become a UNESCO World Heritage Site.

As part of this project, the Town Municipality of Paks organised an international conference on 9-11 June, 2011. The aim of the conference was to present archaeological parks located along the former Roman limes in Central Europe, and to report of the results of our activities and attained goals. The themes of the conference were the founding of archaeological parks and their utilisation, operation, organisational structure, best practices and the cooperation of such parks.

The three day conference was attended by several presenters from the UK, the Netherlands, Germany and Austria. In the first part, the founding, utilisation, management and organisational structure of such archaeological parks were discussed, using foreign examples. The second part of the conference introduced the general state of archaeological sites in Hungary, including a detailed review of Lussonium. Speakers were, among others, Sonja Jilek, Dr Zsolt Visy, Maarten Dolmans and Dr Magdolna Vicze.

Aside from the presentations, participants visited the Town Museum of Paks, where they saw the permanent exhibition and the temporary exhibition, which displayed the most recent archaeological finds from Lussonium. The last day’s events took place at Lussonium, where conference participants took part in Lussonium Day, which attracted 1300 visitors. The event at the archaeological park started with a presentation, A bird’s eye view of Lussonium, followed by a Roman style cuisine tasting.

The public then got to see a Roman military display by Savaria Legio, a traditional fighting society from Szombathely, followed by a gladiator fight and slave-market. A traditional celebration of the Matralia to honour Mater Matuta, the goddess of dawn, was the last bit of the day program. Besides the day program with staged activities at specific times, several Roman activities were presented throughout the day, like:

All in all, this was a good start of public activities at the archaeological park, and much attention was given to the organisational side of running a park and public events with an archaeological background. 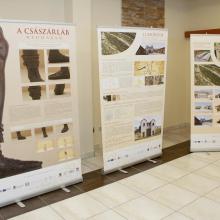 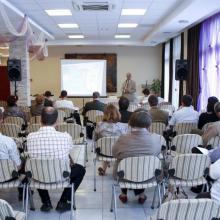 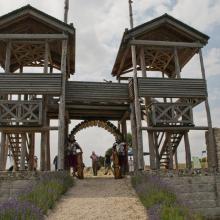 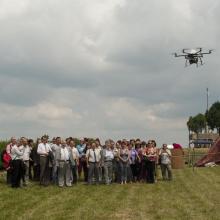 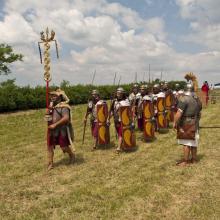 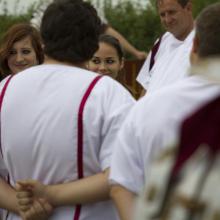 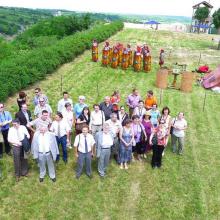