ICOM is the international council of museums with over 40,000 members. Every three years, ICOM organises a large convention for museum professional; this year the 25th ICOM general conference was held in Kyoto, Japan. It was the largest conference ICOM ever organised, with 4,500 delegates.

We later understood, that in Japan, based on archaeology, there are 115 reconstructed houses, 90 other reconstructed buildings and 585 archaeological sites with reconstructive improvements. It is safe to say that a whole new world opened up for us.

The joint session went by the name “large impact by joining forces.” Starting from the long-time relation between Japan and the Netherlands, we explored the idea of museums as cultural hubs. Dr Schiermeier from the JapanMuseum Sieboldhuis (NL) and Dr Jamaguchi from the Dejima Museum (JP) presented a solid base for these ideas. EXARC was especially happy to involve the Dejima Museum (https://exarc.net/venues/dejima-jp), as a fine example of a Japanese archaeological open-air museum. Prof. Em. Hendry, Oxford Brookes University (UK), then explained how Dutch culture was presented in Japan in theme park style, for example at Huis ten Bosch near Nagasaki. If you like to know what a museum is, you should look on both sides of the border, and that is exactly what professor Hendry helped us doing. The keynote presentation was given by Gail Lord (CA), a well-known museum planner, museum theorist and author of many books on the subject. She argued that a museum in itself is no hub, but can be part of a large network of organisations and people who together form a hub. Museums should join forces with others to ensure a larger impact. In-between presentations there was ample time for discussion, under coordination of Ms Meijer van Mensch, member of the ICOM Executive Council and director of the State Ethnographical Collections of Saxony (DE).

There were dozens of simultaneous sessions in the large conference centre. Many International ICOM Committees generally do not just have a single session, but have a program which takes several days. One of these committees is the International Committee for Museums and Collections of Archaeology and History (ICMAH). Their program was titled “reconsidering museums versus contemporary archaeology”. Over 35 museum professionals from all corners of the world reflected on this, including EXARC director, Roeland Paardekooper, who presented a lecture called “the use of archaeological open-air museums – an international perspective”. We immediately established that EXARC were not the only ones working with archaeological open-air museums here. Colleagues were pleased to notice that there are museums in Europe and North America dealing with similar activities, themes and issues as elsewhere in the world. This is a fundamental thought behind EXARC.

EXARC managed to organise two excursions while in Japan, partly with the help of local colleagues and thanks to the efficient and well organised country. Our first excursion was to Nara, where we visited Heijō Palace (平城宮 Heijō-kyū) (https://exarc.net/venues/heijo-palace-jp). During most of the Nara Period (710-794 AD), Nara served as the capital of Japan. The palace we visited served as the site of the emperor's residence and government offices. For its great historical and cultural importance, the palace site of Nara is included as a UNESCO World Heritage Site. It has been under reconstruction since opening to the public in 1998, but already looking very impressive. The museum is closely linked to the Nara National Research Institute for Cultural Properties, an organisation committed to comprehensive research on ancient cultural heritage in Japan.

During the ICMAH sessions, we were very impressed by a lecture delivered by Dr Nitta of the Hyogo Prefectural Museum of Archaeology that we decided to visit the museum. They have a large indoor museum and also an archaeological depot as an outdoor area with reconstructed pit dwellings. More fascinating are their activities; they have several workshops including fire making, working with pottery and textiles, but also an almost hands-on exhibition with a good mix of original artefacts and reconstructions. They work closely together with the local archaeological museum which is next-door to their large area. The local schoolchildren planted an older type of rice known from archaeological discoveries in fields nearby. They manage the filed throughout the season and in autumn they harvest the rice with stone tools. The combination of activities and presentations in this museum was amazing, but also amazingly comparable to what many archaeological open-air museums do throughout the world.

We later understood, that in Japan, based on archaeology, there are 115 reconstructed houses, 90 other reconstructed buildings and 585 archaeological sites with reconstructive improvements. It is safe to say that a whole new world opened up for us.

The ICOM General Conference is not just a large celebration of museum professionals; it is also a place for serious debate. The Advisory Council is an important part of ICOM. EXARC has a vote here, as we are affiliated to ICOM. A debate took place all week about the draft of a new definition of what a museum is or should be. The draft definition was developed over almost three years and presented to the museum community prior to the General Conference. Both the 2007 definition and the new proposal are in the grey box below. The discussion about the definition opened rifts between different parts of the ICOM community: several European National Committees as well as some International Committees urged for a delay of the decision on this, others mentioned that it is high time museums change and see their responsibility in society. It was clear that not many people had seen this far reaching new definition suggestion coming. Larger museums were worried that the new definition would be hard for them to adhere to, and therefore they could lose grounds (and funding).

The EXARC point of view in Kyoto was that the new definition will not cause problems to archaeological open-air museums so much, on the contrary, it offers many handles (keywords) any museum can use to become more professional, with or without support.
Following a week of heavy debate including many political moves, it was finally decided to postpone the vote and continue the discussion. Kyoto has been a wake-up call for many museums and EXARC too look forward to discussing this with our members. Nothing is cast in stone yet, and EXARCs opinion may still change.

Concluding on our visit to Japan we can safely say it was well worth it: we met many museum professionals from around the globe and started some good dialogues. This is only possible if one meets in person. Japan is full with archaeological open-air museums which we gladly explore further. The next triannual ICOM General Conference will be in Prague (CZ) in August 2022; we will definitely be present! 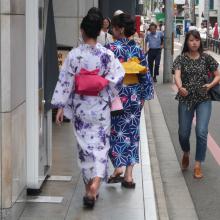 Fig 1. On the streets in Kyoto. Photo… 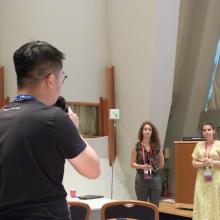 Fig 2. Discussion during a meeting… 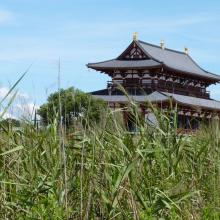 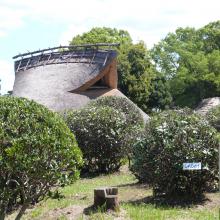 Fig 4. The Hyogo Prefectural Museum of… 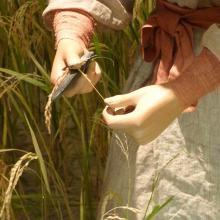 Fig 5. Rice harvesting scene at the…