If you live in the Netherlands and work with archaeological open-air museums, archaeological experimentation or education, there is a good chance you are a member of VAEE, the Dutch Association for Experimental Archaeology & Education. The group consists of about 200 members and was originally founded by the same people who were behind Archeon. That was 20 years ago, and much has changed.

It was great to have so many courses and to get our hands working! Of course we did plenty of talking as well..

Ten years ago, the celebrative weekend took place in an indoor museum and included quite a number of lectures. In the brakes, people could take a look at an archaeotechnique market and ‘even’ some demonstrations took place. Now, in 2012, things have turned around: we spent a long weekend in an outdoor education centre with numerous demonstrations and, in between, the odd lecture. Still, VAEE has members both in the crafts world and in academia. Equally important, publication of the Bulletin has not stopped since 1996.

The house where we resided (Wilhelminaoord) had all we needed, both indoors and outdoors. It is a school centre, far away on the countryside, for the city children of The Hague. We gathered with about 50 people, including the instructors, all of which are VAEE member as well.

In a short welcome, the VAEE Chair, Andreas Mensert commemorated the history of VAEE but also referred to the future: the Board needs ‘new blood’: volunteers who are willing to organise a weekend like this or otherwise keep VAEE running. Most people had never been at Wilhelminaoord, so we first got an introduction and, just as important, a guided tour through the outdoor area. The so called ‘School in the Forest’ has hosted over 80,000 pupils since 1975. The goal is to bring children for a into contact with nature and the landscape for a full week, let them do things themselves, experience and learn that it is fun out there….

Following on this, Annemieke Verbaas, from Leiden University, gave an introduction into how to plan and execute an experiment. She presented the working script by Lammers who designed a strategy, where ‘doing the actual experiment’ is step 7 of 13 steps. This was published in EuroREA (see link below). This is often easier said than done. Afterwards, the group was cut in small parts and each of those got a task: describe and plan your own experiment (for example cutting a rabbit with stone tools, drilling a hole in an amber pendant in different ways), actually do it and document it. This was great fun and set things in perspective. On day two, Roeland Paardekooper gave a presentation about archaeological open-air museums across Europe. There were a lot of pictures to explain the history of these places as well as a simple diagram showing their strengths and challenges for the future.

There were three rounds of simultaneous workshops over the two days. Some of the workshops took place during two or all three rounds, like medieval wool working (Toon Reurink) or ceramic pot making (Marije de Mol). Because there were five simultaneous workshops, it was impossible to witness all. Ernest Mols did some bronze casting with a large public, the way he used to do this with pupils. This, of course, requires a special approach. When later Jeroen Zuiderwijk also did a workshop on bronze casting, he showed a very different approach – great to see such a span of possibilities! Flint knapping was also a subject with several sessions, one by Tom Zoomer, the other by Ton van Grunsven. The flint knapping workgroup of the VAEE is quite active, and this weekend offered the oldies a chance to work together, while newbies could learn the very basics. Yvonne Ording offered a workshop in bone flute making as well as one on working bone & antler.

It was great to have so many courses and to get our hands working! Of course we did plenty of talking as well. On the Saturday evening, most participants gathered in the so called ‘fire house’ where Patrick Westendorp gave a percussion workshop.

VAEE has previously held such ‘workshop weekends,’ and this certainly will not be the last. As ex-VAEE Board member I look forward to another two decades! 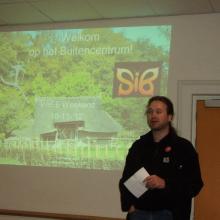 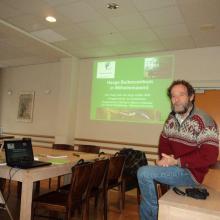 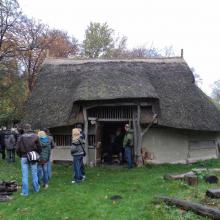 Fig 3. The guided tour through the… 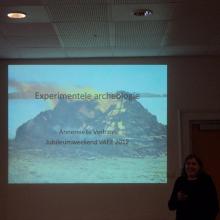 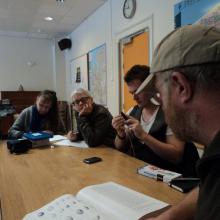 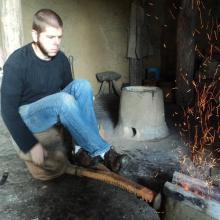 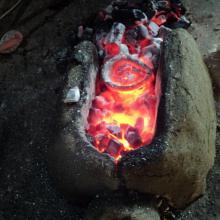 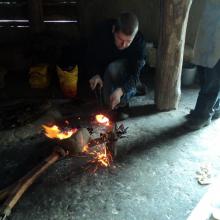 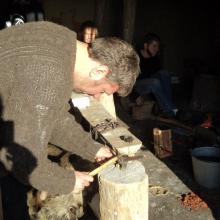 Fig 9. Working the bronze object made… 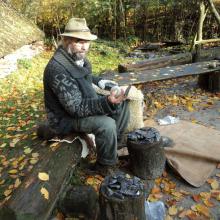 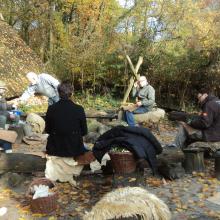 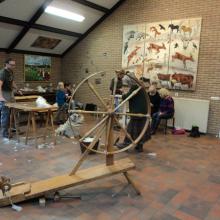 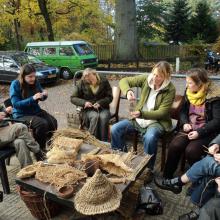 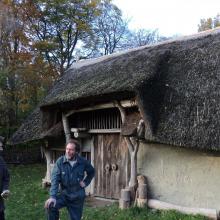