Between the 1st to the 12th of June 2017, a huge festival called "Times and Epochs" (Времена и эпохи - Cобрание) was organized in Moscow. This was the occassion to gather participants not only from Russia, but also from many other countries, and demonstrate the best of reenactment to festival visitors. Two EXARC members, Milica Tapavicki-Ilic (also the EXARC board member) and Arturs Tomsons attended the festival to present and promote EXARC, but also to experience such a significant festival.

The idea of the festival was to gather the best from the world of reenactment in the capital of Russia. Different epochs interwove into a common historical performance.

The seventh edition of "Times and Epochs" (Времена и эпохи - Cобрание)was held between the 1st and 12th of July in Moscow. This was the first time this festival was organised on such a large scale, by "Ratobortsi". During these twelve days, twelve epochs were shown to visitors at twenty-five different venues. Camps of reenactors were located in parks, squares, on central streets and boulevards. As estimated, there were around 6000 participants at the festival, among them almost 1000 were foreign participants.

The idea of the festival was to gather the best from the world of reenactment in the capital of Russia. Different epochs interwove into a common historical performance. Muscovites and tourists walked from one epoch to another – visiting the parks to watch Catherine the Great's cavalcade, or the battle of Roman legions against the barbarians, or to see the camp of the Russian Imperial army.

EXARC was also given the opportunity to present itself at this festival. Milica Tapavicki-Ilic and Arturs Tomsons were invited to Moscow to spread the word about the organization, its content, ideas, aims and tendencies. For almost a week, the two EXARC members were talking to numerous people from different Russian historical organizations, reenactors, craftsmpeople, enthusiasts and visitors, indicating the importance of joining our common place of interest and becoming part of a global network.

In the little cottage we had at our disposal, we delivered a presentation about EXARC, and distributed flyers and copies of our journal. People were eager to find out about the possibilities offered by our organization and were interested in learning more. Language barriers were easily overcome due to the fliers provided in different languages, along with journal and presentation, especially owing to Arturs’ ability to speak Russian.

As mentioned already, besides Russian participants, there were also participants from Greece, Bulgaria, France, Italy, Spain, Slovenia, Serbia, Poland, Montenegro and several others.

During our stay in Moscow, a "competition for the festival's best projects" was organized. The initially selection from among many candidates was narrowed down by "Ratobortsi" to only sixteen. During the second round, only nine had to be chosen for the award. Milica and Arturs were kindly invited by the organizers to be members of the jury. It was indeed a difficult task to choose nine out of sixteen projects, as every one of them had its own potential and lots of work behind it.

Among the presented projects, there was the Park of the Living History "Forpost" (Парк живой истории "Форпост") from Moscow. They organize various historical events in public and intend to re-build houses dating to the 9th to the 14th century, examples of which are known from all over Europe. More details about them are to be found at https://vk.com/forpostpark.

As of 2003, the project "Drevnii mir" Mobilis in mobili ("Древний мир") from Samara gathers experts and enthusiasts who offer excursions and master classes in various ancient crafts. Their website is http://www.drevnymir.ru.

"Proekt Ukek" (Проект "Укек") from Saratovdisplayed various crafts from the 13th and 14th century. Their main focus is producing very interesting pottery pieces from that period. Learn more about it at https://vk.com/proekt_ukek .

During our last day in Moscow an excursion to the Red Square and Kremlin was organized for us. The visit to these well-known places made a remarkable impression on us, but also on other participants of the excursion. 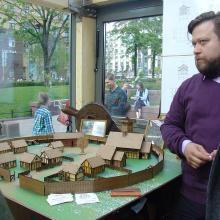 Fig 1. Presenting one of the projects… 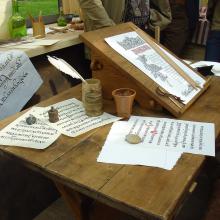 Fig 2. Presenting one of the projects… 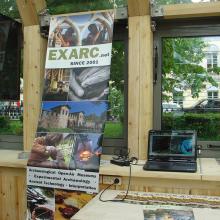 Fig 3. Presenting EXARC at the “Times… 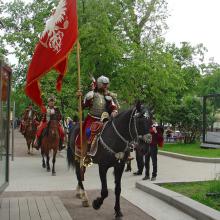 Fig 5. Some of the participants of the… 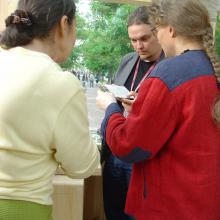 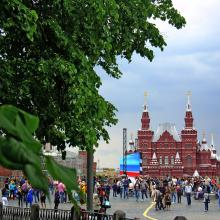 Fig 7. Visit to the Red Square. 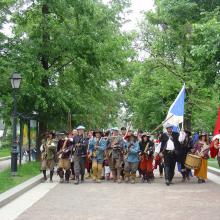 Fig 8. Some of the participants of the…