Memory is the cognitive process that codifies, stores and retrieves past actions that are perceived in the present, generating our remembrances and perceptions of the past and informing our knowledge of the world around us. Memory can also be contained within the inert, with some materials having the ability to return to their original form in reaction to certain stimuli, such as heat. Applied to archaeology, memory can be understood as the marks or changes produced within objects as a result of human activity or natural processes. Memory is the trace of time both in the actions of people and in things, recording in them their reaction to external activity.

The combination of knowledge, responsiveness and resources that each person employs constructs a web of questions and proposals that makes experimental archaeology a discipline that permits the generation of significant learning in its participants, while also facilitating engagement with and the participation of a broad audience from wide sectors of society.

How should memory be used in the archaeological record? How can memories be generated through educational praxis for the dissemination of knowledge? In order to address these questions a number of experiments carried out in 2011 and 2013 under the ambit of the Grupo deEstudos para a Prehistoria do NW Ibérico (Research Group for the Prehistory of NW Iberia) in the University of Santiago de Compostela, will be examined. These experiments involved the production of a replica Castromao oven, a baked clay structure, which was used to try to understand the function of these objects in the past. This experimental archaeological practice was designed to be both a scientific experiment, involving members of the research group and a traditional potter, whose knowledge and insight was invaluable, as well as a didactic experience. With regards to the latter, certain stages of the experiments formed part of the practical archaeology courses within the history undergraduate degree, while it also had an outreach aspect, with members of the general public able to visit and engage with the material. As such there was a sense of both separation and connection between the two aspects of the performance – between the archaeological experiment designed to evaluate a hypothesis and the practice of experimental archaeology that creates an educational experience and generates various types of memory.

The memories of the object

When an archaeological object appears it elicits an instinctive question – what is it and what was it used for? If it has been in contact with fire there are more concise questions – where and how did it come into contact with fire? How long was it fired for and at what temperature? Why was this material subjected to heat? Each question poses an array of alternative responses that need to be tested to prove or disprove them. Experimental archaeology does not obtain absolute truths, but through the design of the experiment’s parameters and the repetition of the experimentation process itself, hypotheses can be constructed and evaluated according to their probability (Morgado & Baena, 2011).

Since its discovery in 1967 (García, 1971) the Castromao oven is generally described in the archaeological literature as a pottery kiln that was in use during the Iron Age of NW Iberia. A subsequent review of the fragments of the Castromao oven led to the conclusion that the object was originally comprised of two pieces, a grate and a flue. It is suggested here that this hypothesis requires revision, particularly in light of often overlooked aspects of the oven, such as the burnished exterior, the herringbone decoration, the residues adhering to its interior and the increasing doubt as to whether these two pieces, the grate and flue, ever belonged to the same oven ? (See Figure 1 and 2)

Prior to the experiments, analyses were undertaken to characterise the “oven” archaeometrically, in order to determine its mineralogical composition, the contents derived from its use and the range of temperatures reached. However, it was the study and mapping of the fire related marks (cracks, colour changes) on its surface and the presence or absence of soot that informed the construction of a new interpretation. Soot forms as a consequence of the residues of combustion that adhere to areas close to, but not in direct contact with, the fire source. The concentration of soot in the lower part of the interior surfaces indicates that the fire barely penetrated the grate, which suggests that this oven was not used to fire pottery. The presence of soot in the same areas of the flue suggests that the Castromao oven actually represents two individual grates (Rey et al., in press).

Various experiments were carried out with one of the two replicas (Rey et al.,in press), some of which were designed to test its functionality as a pottery kiln, with two batches of pottery fired. Others were designed to explore its possible use in food production, with different food preparations and techniques employed, including using the heat of the outer surface of the oven as a griddle/hot plate, as well as placing food directly and indirectly (in pots) inside the oven. Temperatures similar to those estimated for the firing of Later Iron Age pottery, between 550-1000ºC, were achieved, showing that the oven was capable of being used as a pottery kiln. However, the memory of the fire, its trace in the grate, did not correspond with this activity, as indicated by the lack of residues on its surfaces and the colour changes caused by the combustion conditions. The effects on the oven as a result of the food preparation experiments corresponded most closely to that of the archaeological object, with carbonised concretions and soot forming in the interior of the grate. As such, the most probable functional use of the Castromao oven was for cooking. This does not preclude the possibility that other ovens could have been used as kilns, although the preserved marks and the contexts of occurrence would have to be evaluated before drawing such conclusions. (See Figure 3 and 4)

The experiment as memory

To remember is to re-activate each link between us and the object, raising questions that may or may not have answers. At the same time as recovering the memory of the “oven”, other memories, involving all of the experiment participants, are also generated. The lived experience models our reactions, while the successes and errors in the experiment inform our comprehension of the object. This understanding focuses on the functionality of the Castromao oven and on reproducing the causes of, and motives for, the effects of fire that the object bears. With each decision taken during the experiment, procedural knowledge is unconsciously generated, resulting in the acquisition of skill during the performance of the action. Memory thus functions to establish new criteria for subsequent experiments carried out on the object.

All of the activities were recorded on video for the production of a documentary. Although initially simply a project output, the video itself became an important research tool with its own inherent heuristic function. The final interpretation was informed by the dialogue between all of the actors in the context of a scientific, educational, and didactic activity. The video complemented the recording of data, allowing for the repeated accessing of the information as many times as necessary. Most importantly, it functioned as a store of memories, of steps not consciously registered that could now be recovered, such as the technical gestures of the manufacture of the oven, the timings of each activity and how they modified our reactions. By returning to the image and to the memory of moments experienced, the processes of memory operate once more, moving beyond a linear narrative and engaging with an accumulation of experiences, where each person could feel that they were a participant and extract their own idea about the raison d’être of the object. (See Figure 5)

The material and the immaterial form part of the same reality, of our way of being and living in the world. There are no passive memories. The interaction of people, both within and outside the framework of the experiment, and their individual and inter-related viewpoints direct the focus of the experiment and the experience. The combination of knowledge, responsiveness and resourcesthat each person employs, constructs a web of questions and proposals that makes experimental archaeology a discipline that permits the generation of significant learning in its participants, while also facilitating engagement with, and the participation of, a broad audience from wide sectors of society. However, we should remain cognisant of the difference between the experiment and the experience, as each aspect has its own discourse, scientific and didactic. While experimental archaeology has great potential for informing interpretations of the archaeological record, it also encourages the socialization of knowledge acquisition, generating insights into the past, which may be less comprehensible when conveyed by traditional methods. It is a highly efficient medium for the dissemination of archaeological knowledge, drawing particularly on the expressive charge of the method of investigation, the practice of experimental archaeology itself, while also generating memories, some of which are derived from its scientific aspect, the experiment, others from the application of knowledge through public-oriented activities, the experience. (See Figure 6)

About Authors:
Andrés Teira-Brión and Josefa Rey-Castiñeira
Research Group for the Prehistory of NW Iberia. University of Santiago de Compostela 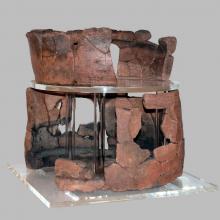 Fig 1. Reconstruction of the two pieces… 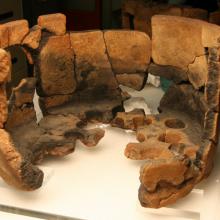 Fig 2. Detail of the interior of the… 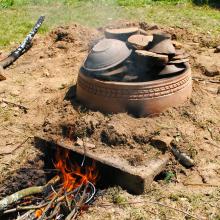 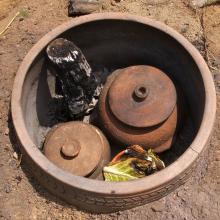 Fig 4. Experiments related to the food… 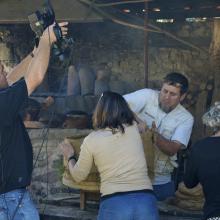 Fig 5. Recording of the making of the… 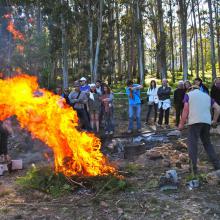