This article aims to show the kind of issues South- African archaeologists have, working with public archaeology. A past that was segregated earlier should now be shared, but sharing a common past includes alternative perspectives on history and archaeology, for the archaeologist as well as for the public.

Educational Centres are built on mutual respect, developed through a collaboration of archaeologists and indigenous communities. This results in a strong working relationship in which both sides have to listen to each other while working together.

Today, archaeology in South Africa is not only about prehistory, but it is also about the physical expression of the past. Therefore, it has become an important component of the cultural heritage discourse in the country. The issue is that heritage management and archaeology are seen as very different and separated subjects. As a result, integrating different forms of archaeology is very difficult. Archaeology as a subject is also seen as a “white “ discipline, in which the researcher tries to alienate those who are being investigated (Pikirayi 2015: 156). The Transformation Charter from December 2008 recommends the training and inclusion of indigenous archaeologists.

That is why there is now a search for engaged archaeologiesthat recast the roles of archaeologists towards the communities, and that recognise the voices of indigenous groups.

Two examples will show how archaeologists in South Africa try to preserve and give back history to communities, as well as engaging them in the archaeological process and providing them with work opportunities.

The two institutions that are taken as examples here, were established after the end of apartheid in South Africa, during a period of reconciliation. History and archaeology were seen as a kind of therapy (Meskell: 2008), for building up a proud nation characterised by its diversity.

The chosen examples are the Wildebeest Kuil Rock Art Centre in Northern Cape and the !Khwa ttu San Educational Centre in the Western Cape.

The first example is the Wildebeest Kuil Rock Art Centre. This centre is a community- based rock art project in which the San and Khoe people, as well as researchers and other stakeholders, work together to conserve the rock engravings.

The Wildebeest Kuil Rock Art Centre lies on the outskirts of Kimberley in the Nothern Cape, and is surrounded by land owned by the !Xun and Khwe San people. This place has a cultural dimension which tells the story about the !Xun and Khwe people. These communities were caught up in the political turmoil of the 1970s, and taken prisoner in Angola and subsequently in Namibia. In the 1990s, when Namibia became independent, those people were flown to a tent town at Schmidtsdrift, a town 80 km west of Kimberley. Schmidtsdrift was originally owned by the Tswana, also a San population, and given back to its former owners in 1994. This forced the !Xun and Khwe  people to move again. They purchased the farm of Wildebeest Kuil in 1996. Then, in 2003, the resettlement from tents into the Platfontein housing scheme began. Platfontein is a place were underprivileged people receive houses, sponsored by the state. As a result, those communities became owners of the land that surrounds the Wildebeest engraving site.

Wildebeest Kuil also has an archaeological dimension. Here, more than 200 stones with different engravings have been found on a small hillside. The Rock engravings have been examined since the 1880´s. Researchers often had very different research outcomes, depending on the understanding of scholars and the methods used (Morris: 2012).

Today the Wildebeest Kuil Rock Art Centre is open for the public, and the scholarly perspective on the site tries to link the results of earlier research with the current understanding about it.

Today, the Wildebeest Kuil Rock Art Centre is a very nice place to visit and learn more about the different San cultures, their history and beliefs. It is open for tourists, school classes and researchers.

If you like to read more about the Wildebeest Kuil Rock Art Centre, you will find information at  http://wildebeestkuil.itgo.com (21/8/2016)

The second example is the !Khwa ttu San Educational Centre. It is situated 70 km northwest of Cape Town. Here, San people give visitors an insight into their history, traditional knowledge, skills, customs, languages and current affairs. The first aim of that centre is to restore the heritage of the San people and to educate the general public about it. To achieve this, San people are educated about and trained in different areas of their heritage.

Visitors can engage with the San culture through guided tours and learn about the San peoples oral history, how to track animals and how to identify plants. The tour ends with a visit to a replica of a traditional San village, where the visitor gets a better insight into the social structure and beliefs of the San communities. There are also a craft shop and a restaurant on site.

It is possible to spend more time on the site, by staying in the guesthouse or renting a bush cottage. Conference facilities are also available.

This centre was built to educate San people and provide employment, but also to give back history and restore traditions. Here, researchers are not wanted, since the San people should not be seen as research objects.

More information about the centre can be found at http://www.khwattu.org

These educational centres are museums of a different kind. They are places where a cultural landscape is to be found, or where, a different way of life and different culture are depicted. They are often linked to a specific culture or community that may have a special connection to that place. These centres offer education and employment opportunities for members of the communities.

After their education, community members will have the possibility to work as guides on site or use their newly learned skills in other ways linked to the site.

The archaeologists working in these centres want to present work of high quality and attract visitors. The aim is to transfer knowledge and to provide the visitors with experiences that will have a lasting impact. The archaeological collaboration with the communities provides employment as well as educational opportunities, and helps the San people to preserve their own history and traditions.

Educational Centres are built on mutual respect, developed through a collaboration of archaeologists and indigenous communities. This results in a strong working relationship in which both sides have to listen to each other while working together. Additionally, the collaboration could provide archaeological knowledge, but also be used as a tool for solving scientific as well as social problems.

But even if there are examples like the two we have seen, there is still a lot of work to do.

Southern Africa´s complex past can only be successfully disentangled when this past is shared appropriately among experts and non- experts (Pikirayi 2015:164) 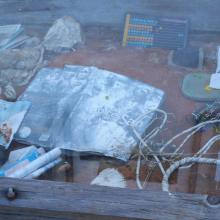 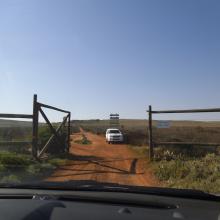 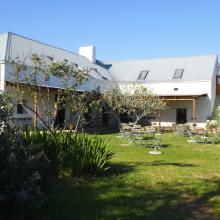 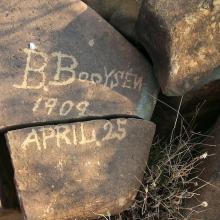 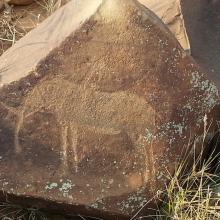 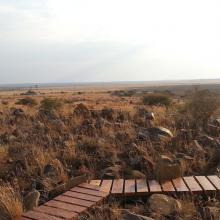 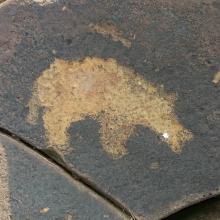 Book Review: "Experiments Past" Edited by Jodi Reeves Flores & Roeland P. Paardekooper
Obituary: Janis Apals (17 September 1930 - 21 February 2011)
Event Review: Daily Life and Feasting in the Neolithic: Celebrating the Tenth Anniversary of Experience in Experimental Archaeology at the Steinzeitdorf Albersdorf
The Development of the 1st Cultural Exchange of Traditional Knowledge and Experimental Practices of the Peruaçu River Basin
Where Were the Viking Brew Houses?