Experimental Archaeology in Latvia: some Possibilities for Future Development

Experimental Archaeology in Latvia, during the past years has acquired a new direction. Although it has a long history of experimental reconstruction, best known for the excavation and rebuilding of the Late Iron Age Latgallian settlement in Āraiši by Dr. Jānis Apals, in last years, after the initiative of the current author, the use of prehistoric skill learning and formulating questions for archaeological experiments as part of an educational programme in cooperation with the University of Latvia is being developed.

During the activities working with different materials (bone, antler, flint, clay, wood) was acquired, as well as skills of prehistoric tool use (Palaeolithic hand axe tests were made). Rope making, basketry and early metalworking workshop were also organized and visitors of the camp were provided with an introduction to primitive archery.

During 2016 the project “Baltic Experimental Archaeology Summer School” was organized. The main targeted audience of the project were students of archaeology and anthropology from the University of Latvia, hailing from the faculties of history, philosophy and humanitarian sciences.This project was a continuation of the projects supported by the Latvian State Cultural Capital foundation, organized in 2013 and 2015 with similar a direction to learn skills for archaeological experimentation and the promotion within these fields of research.

Prior to the 2016 Summer School, a week-long camp in the Āraiši archaeological museum park was held, as part of the preparation leading to the project. The project was arranged in several steps, consisting of preparation, the field exercise and data processing.

The first event was organised earlier in the year during February, which aimed at introducing the basics of bronze working with archaeology students. The aim was to acquire imprint samples on the metal by casting bronze into different types of moulds, in this particular case made out of wood. Along with this, wax model production workshops were also organized as preparation for the next bronze casting attempts.

During the following month, in March, a meeting with dr.geol. Līga Zariņa was organized, in order to acquire knowledge about flint types and characteristics and an introduction to basic working techniques. During these meetings several participants who are not involved in archaeology and anthropology also took part.

During April of 2016 the author informed EXARC participants of the previous experience in organizing similar projects. Following this, an information section was inserted in the EXARC webpage.

In April and May several more events took place, consisting of academic lectures in both the Faculty of History and Philosophy and of the Humanitarian Sciences. More students became involved in the workshops following these lectures.

Practical work within the garden area, which was rented by author from Riga municipality in Lucavsala Island was held. Here several more meetings and introductions with the lecturers of the Summer School, including the biologist Ivo Dinsbergs and dr.geol.Līga Zariņa were held. Several participants of previous camps also took part and shared experience. A series of crafts, skills and tests were organized, including flint working, use of bow drill, javelin throwing by atlatl and bronze casting. Several nuances of local dolomite moulds were tested, either in combination of a clay cover or without.

Several students from the Faculty of Humanitarian sciences, where since 2013 the author of the project gave lectures as part of the course called an “Introduction into biological anthropology”, also joined the project during May and June. A lecture was also given on the meaning of joined knowledge and sources in archaeology and cultural anthropology for the interpretation of material culture

During June consultations were held with lecturers from Lithuania. A number of participants visited the exhibition at the National History museum of Latvia and an educational tour to the flint mines in southern Lithuania was also organized.

Participants also visited “Days of living Archaeology” in Kernave, Lithuania, were three of them become participants of the event and demonstrated bronze casting and met lecturers Gvidas Slach and Virginija Rimkutė.

The main event of the summer school which took part between the 18th and 23rd of July, in the Āraiši archaeological museum park, which is also an EXARC member, followed a Bronze Age theme. Fourteen participants, including lecturers, took part in it.

During the summer school, thematic blocks of topics were organized, each held by different lecturers. During the activities working with different materials (bone, antler, flint, clay, wood) was acquired, as well as skills of prehistoric tool use (Palaeolithic hand axe tests were made). Rope making, basketry and early metalworking workshop were also organized and visitors of the camp were provided with an introduction to primitive archery.

Information about the different stages of the project was described in the blog of the author www.arheostudija.lv, as well as on social media which was created during 2015: https://www.facebook.com/eksp.arh.vasaras.skola

During the project, Vidzeme regional Television visited the camp who documented the event and the footage taken during the summer school is available online:
https://www.youtube.com/watch?v=hbh5mbWBc_w&feature=youtu.be

During the second half of 2016 the results were presented to the faculty of History and Philosophy and the media were also informed.
As Āraiši archaeological museum park changes its juridical affiliation during 2017, from a National History museum to an institution under local municipality, it is not yet clear whether the summer school will be held in the same place.

However, during 2017 new methodical materials are being developed and expanding opportunities are already ongoing - involving other state institutions and non-governmental organizations, as well becoming more international and available to interested parties from different countries. 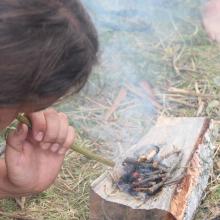 Fig 1. Making a wooden vessel by… 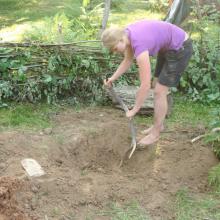 Fig 2. Digging a spot for pottery… 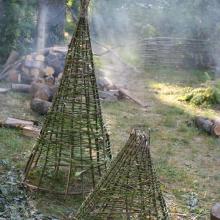 Fig 3. Production of a fish trap… 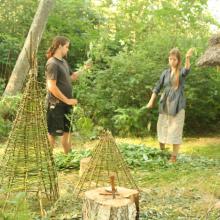 Fig 4. Production of a fish trap… 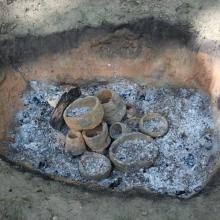 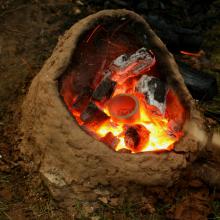 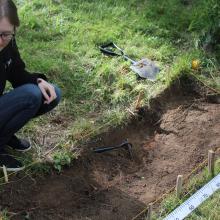 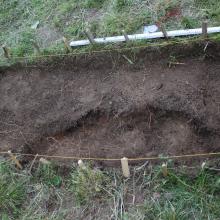 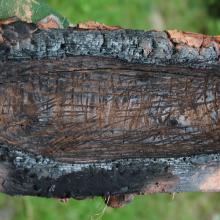 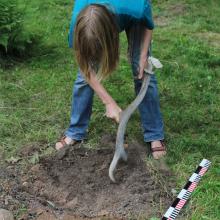 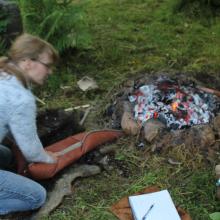 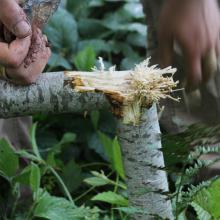 Fig 12. Cutting trees with a flint… 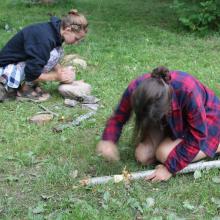 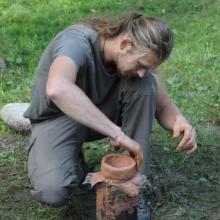 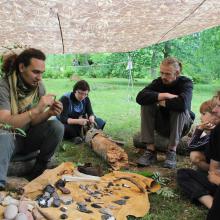 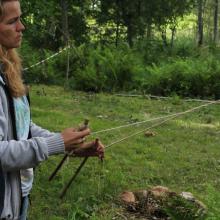 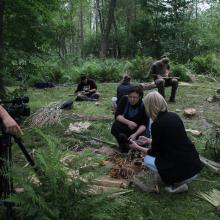 Fig 17. Filming a TV report during…