In early March, three EXARC members organized a networking day focusing on archaeology, education and living history. They invited museum colleagues from both indoor and outdoor museums; ship wharfs building reconstructions of old ships, craftspeople, academics and entrepreneurs in these areas. Their motivation came from the knowledge that even in a small country like the Netherlands there is much to learn from people or organisations working with similar themes and issues. Following on from that, the sector is getting larger: we now see more living history events, reconstructions, and hands-on exhibitions and we are becoming more professional in our approaches.

The keynotes were fascinating, but with an audience of practitioners and in the surroundings of an open-air museum, some of the workshops were conducted outside. Most importantly workshops, such as bronze casting, were not simply about the process but also about the story behind it and how do you make the participants interact?

About 50 people joined this network day at Erve Eme in Zutphen (NL) to learn about trends and developments and to look beyond their own limited horizons. The program was as diverse and mixed as the participants were. The aim of the event was to bring people together and improve overall quality of activities.

The organisers have a background in archaeological open-air museums, but not only that. Patrick Reeuwijk, host of the day, is chair and director of Erve Eme, a small open-air centre, but started his career at Archeon a long time ago. Jaap Hogendoorn started at Archeon too, where he did all sorts of work. Currently he is a freelancer organising large events as well as training historical fighters for films. Roeland Paardekooper did his PhD in archaeological open-air museums and is Director of EXARC.

The two keynote speakers presented interesting subjects and solutions, which maybe not everybody had thought of. The first keynote was by Rinske Jurgens, program manager at the National Museum of World Cultures. She developed exhibitions, which included the people who need to sell the experience from the beginning. Her point was that the message included in the exhibition defines how you can communicate. In her previous museum, the Maritime Museum in Rotterdam, she sought to make her exhibitions relevant to today’s visitors. One exhibition was designed to make children aware that container shipping is at the basis of modern households. Another exhibition, “Sex and the Sea” explored relevant modern themes.

In the Offshore Experience (2016), Jurgens cooperated closely with the North Sea oil and gas industry and it was a great success! The companies contributed monetary funding to the exhibition and provided equipment. Even today, representatives from the companies still visit the exhibition on company outings. In total, 54 companies participated. The industry is proud that the museum tells their story. Stakeholder management is vital. When entering the experience, visitors assume the role of trainees. The experience is an assessment to find out whether you are fit to work in offshore industries. On Mondays, when the museum is closed to the public, the exhibition is tailored specifically to school groups with different content on the monitors.

Monique van den Dries, Leiden University, presented the second keynote. Within the framework of the EU funded project NEARCH, a survey asked people in nine countries about archaeology. Archaeology attracts mainly white senior males. This raised the question “do we present things in a way that all visitor groups are attracted?”. Looking at popular books, exhibitions, exhibition catalogues and schoolbooks It becomes evident that the representations there are again mostly male. Even when 300 children created drawings, the historical figures and archaeologists represented were mostly men. There is a gender bias in representing archaeology. Our image is not representative; we should consider telling alternative stories. Being aware of the problem is one thing, but solving it is something else.

The keynotes were fascinating, but with an audience of practitioners and in the surroundings of an open-air museum, some of the workshops were conducted outside. Most importantly workshops, such as bronze casting (by Erik Schouten), were not simply about the process but also about the story behind it and how do you make the participants interact? In other workshops, Jaap Hogendoorn presented a workshop about how to include all of the senses in your work; Baroen gave a superb workshop on adults shooting with muskets, which were in fact not muskets; Ernest Mols made fire with several participants, but explored ways of solving problems without a textbook. Finally, Dorothee Olthof presented Roman beauty with a twist.

After lunch, there were some people who urgently wanted to present their work to the public. We chose for so-called “pecha-kuchas”: short presentations in seven-minute slots with only twenty slides each. We heard about escape rooms, first person interpretation, everything about volunteers, interdisciplinary exhibitions, archaeology and the public, and an elevator pitch about EXARC.

Before people were too tired to discuss, we divided them into three groups: archaeological open-air museums (20 people), indoor museums (10 people) and entrepreneurs (20 people). The latter group discussed fair prices and ensuring that clients do not take advantage of your personal engagement with your work and willingness to go the extra mile at no extra costs. The indoor museums group discussed possibilities of cooperation within their own town or region, for example through maintenance contracts and technical services. Even though many museums have similar issues, cooperation between museums over longer distances is hard and target groups differ. The discussion between the participants in the archaeological open-air museums group involved the inclusion of local authorities and where to get funding. One open-air museum once received the comment “you work with volunteers so that does not cost anything; ergo you do not get any funding”. It is important to spend energy on developing good contacts with those people deciding local funding.

The participants were happy about the intensive pressure cooker format of the day, even though some parts of the program received a little less time than planned. The aim is to repeat this Dutch networking day soon! The possible theme of the next event could be money. 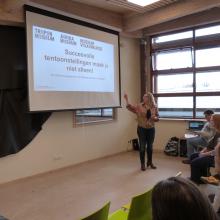 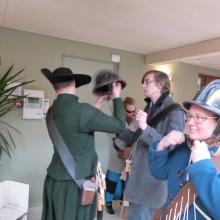 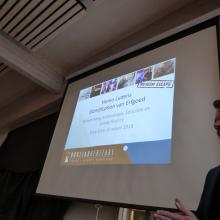 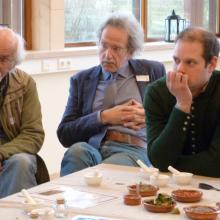 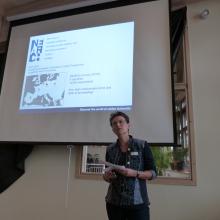 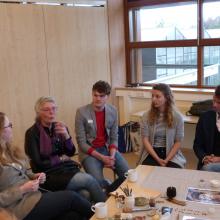