For the annual Tagung (conference), about 120 people convened in the southernmost point of Germany, at Lake Constance, near the borders of Switzerland and Austria. This conference is the perfect networking event for experimental archaeology in the German spoken part of Europe. Out of the 27 lectures, 25 were presented in German. The strength, but also its weakness, of the conference is that anything goes. The Tagung is a friendly platform where high school students, seasoned professors, craftspeople, and everybody in between meet and exchange knowledge. Another strength is their swift publication process; last year’s conference proceedings (consisting of 230 pages) was available at this year’s conference and almost 30 books have been published since 1990.

If you speak German and are interested in experimental archaeology, join the next Tagung which will take place in the Carnuntum Museum in Austria, between the 26 to 29 September 2019.

The village of Unteruhldingen is home to the Pfahlbau (lake dwelling) Museum; their director Professor Schöbel, is the current chair of EXAR. The two-day program was divided into four themes: 11 lectures on Theory & Analyses; 12 lectures on Experiment & Trial; three lectures on Reconstructing Archaeology; and finally, one lecture on education.

Some papers in Theory & Analyses were presented by specialists in their field of study (Helmerking on bronze casting; Binggeli on copper and bronze; Hanning on ceramics). These papers could well function as straightforward “how-to-do” handbooks on their subject. Others presenting, included Lobisser (woodworking) and Wiesenberg (glass production), could do something similar. These all were shows of great archaeo-technical expertise, highlighting what we have learned with archaeology as source, through many years of experience with old crafts. This should be laid down in handbooks for others to learn from.
Some papers, including those of Krause and Patscher, were more about conservation and less about experimentation or reconstruction. However, both authors showed how knowledge about materials and techniques is vital for the conservation world.

Special mention goes to the beeswax and beekeeping theme, where we saw three presentations. EXARC member Guber gave a paper on her continuing research into archaeology and beekeeping and her practical work at the Zeiteninsel project. Other museums followed her into this interesting and relevant subject.

Many people presented ongoing research (Wiesenberg on glass; Guber on bees; Renger on the Ergersheimer Experiments; Maier on Roman hypocaust walls; Brenker on crossbows). This is one of the most interesting aspects of the Tagung: one can look over the shoulder of active researchers, give helpful comments or refer to other colleagues doing similar work, and one year later you are updated again.

By far the best quality lectures were presented in Experiment & Trial. Elburg presented the current state of the Ergersheim Experiments: battle axe versus oak wood, a field experiment on Neolithic stone tool technology. The Ergersheim Experiments is an annual recurring activity to test prehistoric woodworking tools and techniques. Their structured approach has led to a large database with first hand experimental archaeological information on prehistoric woodworking. In 2017, they tried to check the hypothesis that Neolithic hammer axes were employed for felling trees by cutting their roots. The results presented by Elburg were well documented and credible.

Many good experimental archaeologists are engineers by origin. Dr Maier is a good example of this trend. He works with the development of recipes of Opus Caementitium for the use in hypocaust heating systems and how the ingredients affect the system. He originally started with a very simple question, but he soon found out that the issue is much more difficult than originally assumed. Here too, the series of tests was well thought through; also, Dr Maier’s honest reporting about assumptions which prove not to be working was very much appreciated.

Another team from Austria presented their research on 3D scans and 3D prints in musical archaeology, focusing on possibilities and examples from the experimental archaeological practice. Praxmarer & Co. gave some examples of reconstructing and then reproducing musical instruments by means of computers. Printing was carried out using modern material, and sponsored by Svarovski Wattens. They mainly produced aerophones. 3D printing has some advantages; one can for example remain very close to the original archaeological material and is not dependent on finding a bone which looks close enough to the original to be used as starting point. In some cases, the original species are extinct or almost extinct. It was certainly an interesting approach, however with its own limitations. We hope to see more of this in the future, and those presentations should be commented by other music archaeologists.

Rüdiger Schwarz, from the Saalburgmuseum, gave the final paper on the limitations of what one can show by means of living history. Obviously, this was not in the realm of Experiment & Trial. Schwarz and the rest of the Saalburg crew tried out many things in their museum, even “a frame in a frame”; showing a living history depicting the days of the German Emperor Wilhelm II (around 1900 AD), and depicting Roman living history as it could have been like 120 years ago. This, including several other examples, showed the limits of the method in this setting.

The conference side program was excellent, with a reception in the open-air museum on the first evening, and an affordable dinner and a great series of demonstrations in the open-air museum on the second day. All together the Tagung is a conference where ‘everything goes’, in a friendly atmosphere at an affordable price. If you speak German and are interested in experimental archaeology, join the next Tagung which will take place in the Carnuntum Museum in Austria, between the 26 to 29 September 2019. 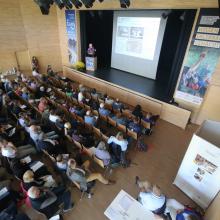 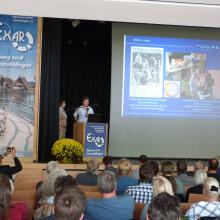 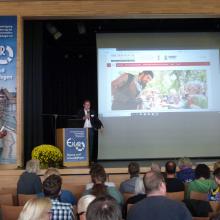 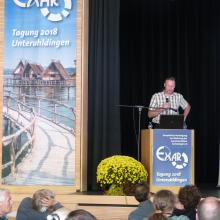 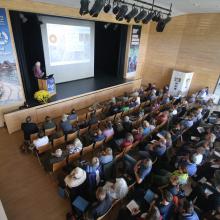 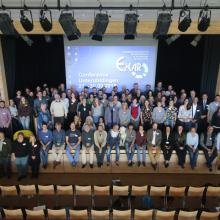