A Preliminary Attempt to Reconstruct some Tools and Techniques of Ornamentation of the Comb-Pit Ware from the Site of Hepojarvi (Karelian Isthmus, Leningrad Oblast, Russia)

The site of Hepojarvi is located on the northern coast of Hepojarvi lake, near Saint Petersburg, Russia. The site is a multi-layer settlement with different types of Neolithic pottery (from Sperrings to late Comb-Pit Ware); the settlement functioned in 5314 cal BC – 2342 cal BC. It was excavated in 1978 by I. V. Vereschagina. The aim of the current paper is to reconstruct some concrete tools and techniques of ornamentation which were used by the Neolithic people who lived in the settlement. Attention is focused on Comb-Pit Ware. It seems that there were very different techniques of ornamentation, some ornaments were made by ropes, some were made by knife-like stone tools, some were made by shell stamps with teeth; some seem to have been made by fish backbones, and techniques of some ornaments still remain unclear.

The simplest elements are the most obvious in technique, and so starting from the reconstruction of these basics, it is possible to step by step reconstruct the whole system of ornamentation technique.

The site of Hepojarvi is located upon the northern coast of Lake Hepojarvi (See Figure 1).

The site was discovered in 1978 by school children of the 94th school of the Vyborg district of Leningrad during a thematic hiking trip under the guidance of their teacher, V. M. Sokolov, the head of the archaeological circle that existed in the school. A report about discovering some stone tools and pottery were immediately sent to the Leningrad Department of the Institute of Archaeology of USSR (now the Institute of Material Culture History). The site is located in a popular recreation area, and the location was regularly visited by hikers and fishermen, so in order to prevent potential destruction of the site, excavations were started in the same year as discovery (Vereschagina, 2003, p.140).

The coast of Lake Hepojarvi in this area is rather mountainous, with almost no convenient flat areas where a settlement could be located. There is a rather narrow peninsula at the northern part of Lake Hepojarvi. The width of the peninsula varies from 7m to 40m., with a length of about 250m. In the northern part of the feature, the terrace steeply descends to the water, while from the southern and eastern sides, it gradually descends into a marshy lowland. The settlement discussed here was located on the flattest part of the terrace, about 100m from its northern edge (Vereschagina, 2003, p.140); see also Figures 2 and 3.

It seems that in the period when the settlement existed (5314 cal BC – 2342 cal BC) the sea level was two to five meters higher than the present day (Yu, 2003) cutting off the peninsula from the mainland, meaning that then, the settlement was effectively on an island. It is possible to conclude that the place was an ideal location for establishing a settlement in this area, as the insular landscape protected the inhabitants from outside threats (See Figure 4). The settlement was dated by charcoal from a fireplace with different layers (Vereschagina, 2003, p.149).

The Pottery from the Site of Hepojarvi

The settlement site was host to different technocomplexes1 , and different layers actually were not separated. The territory was inhabited in the early Neolithic period - this is corroborated by finding of a large amount of so-called Sperrings2 pottery and also by radiocarbon dates. Vereschagina suggested that the habitation site was repeatedly settled by different ethnic groups (Vereschagina, 2003, p.149). However, caution is required here, as we cannot automatically presume that each variant of the Pit-Comb Ware technocomplex appeared due to a new ethnic group. Of course, there were migrations and mixing, but as far as the tradition of the Pit-Comb Ware was generally maintained, so it may not be entirely correct to presume population shift.

The closest analogy to the Hepojarvi site are Neolithic sites found in the coasts of Sestroretskii Razliv (See Figure 1) and in the southern part of Karelian Isthmus (See Figure 1) (Gurina, 1961, pp.415–438).

The pottery of the Hepojarvi site is represented by Sperrings pottery (See Figure 5: 1 – 12) and by Comb-Pit Ware (See Figure 5: 13 – 28 and Figure 6); both are actually variants of the Pit-Comb Ware.

Vessels with Comb-Pit ornament form the largest group of pottery of the site. These vessels are usually quite large and have a rounded bottom. The walls are straight or slightly convex. In the clay there is an admixture of a rather coarse grus; only in some cases there is an admixture of fine grus with a large amount of mica. The surface, both external and internal, of the majority of vessels is well smoothed; however, several fragments can be seen with engravings on the inside (Vereschagina, 2003, p.146).

The ornament covers the entire surface of the vessels, and in most cases, the cut of the corolla. Comb elements observably dominate in the ornament. Varied comb stamps were used, long and short, narrow and relatively wide, straight and curved, with straight and with slanting teeth (See Figure 5: 13 – 28; See Figure 6: 1 – 3, 5 – 9). In some cases, a rope stamp was used instead of a comb (Figure 5: 18, 24, 25, 27, 28).  On one fragment, there were oval impressions with small teeth on the bottom (See Figure 5: 26).

Pit elements also are very diverse, of large and small diameters, shapes ranging from rounded, oval, four-square and other irregular outlines, drawn at an angle or vertically. (Vereschagina, 2003, p.146)

Patterns made by other elements (horizontal belts of deep notches; zigzags or herringbone made of small fossa imprints in combination with comb and pit motifs) are less common (Vereschagina, 2003, pp.147–148).

A small group of ceramic samples is represented by fragments with porous clay structure or with a combined admixture of organic and some grus (See Figure 6: 10 – 15). Most of these fragments have no ornament and are of poor quality (Vereschagina, 2003, p.148).

Reconstruction of some Tools and Techniques of Comb-Pit Ware Ornamentation

In an attempt to reconstruct the technique of ornamentation it is important to keep in mind the fact that the same imprints can be made by different tools. Thus, the main issue of reconstruction is to try to reconstruct those tools which most probably were used by the people created the pottery.

The simplest elements are the most obvious in technique, and so starting from the reconstruction of these basics, it is possible to step by step reconstruct the whole system of ornamentation technique.

However, there are elements which are less obvious. That is why I made some attempts to reproduce the processes of ornamentation by experimenting on pieces of clay.

In some cases, stamps were used. An interesting issue is the decorative ornamentation represented on sample 20, Figure 5 (See Figure 11). Due to the curvature of its line, it is possible to conclude that it was made by a curved stamp. It seems to be highly possible that the stamp itself was made of a shell (See Figure 12 and 14). It is natural to suppose that people who lived on a lake would re-use shells.

The shell which was used was that of a sea mollusk, and not that of a freshwater mussel. It is probably a Soft-shell clam (Mya arenaria) that is spread rather widely almost in all oceans and seas (for more details see: Wikipedia, 2018). However, since its shape does not differ greatly from that of Painter's mussel (Unio pictorum) (See Figure 13) that could be used by people who lived upon the lake, we considered that it was not a big mistake to use this shell instead of Painter's mussel. It is likely that people who lived upon the lake could obtain shells from the seashore, since the lake was not far from the Littorina sea.

In this short paper I paid attention only to some samples of pottery from the site of Hepojarvi, and some samples will be a matter of further consideration. 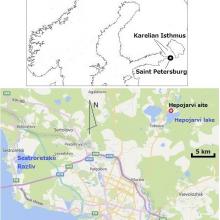 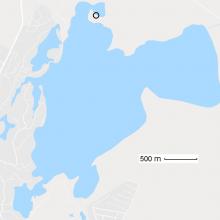 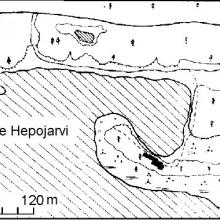 Fig 3. Map of the peninsula drawn by I… 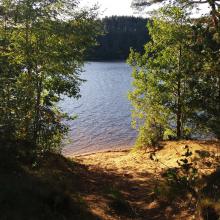 Fig 4. A view from the northern coast… 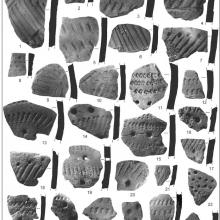 Fig 5. Samples of pottery from the site… 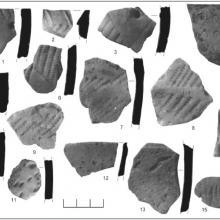 Fig 6. Samples of the Comb-Pit Ware… 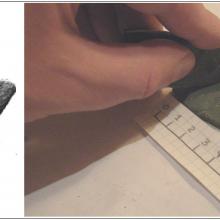 Fig 7. The process of producing… 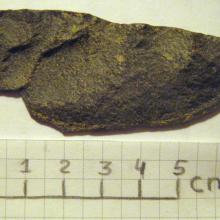 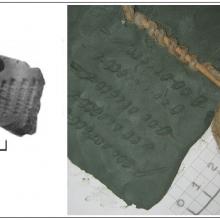 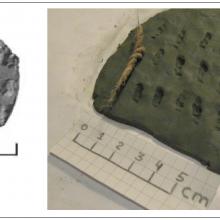 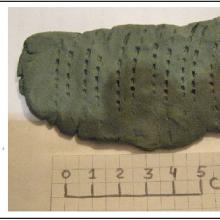 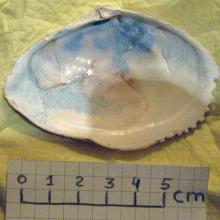 Fig 12. A reconstruction of a shell… 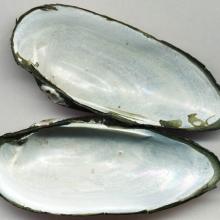 Fig 13. Internal view of both valves of… 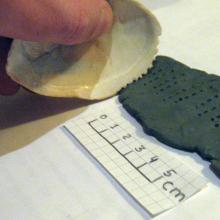 Fig 14. The process of making ornament…