Participation in archaeology is the basic “inclusive process” of a human community, which allows it to identify its cultural values. Experimental archaeology with its rediscovery of gestures and techniques allows re-appropriation, a sense of belonging and consequent participation in cultural heritage.

Archeofest is the Italian experimental archaeology festival, conceived and organized by the cultural association Paleoes - eXperimentalTech ArcheoDrome, founded with the goal of promoting the community’s cultural values, through research, deeper knowledge and propagating the ancient technologies that form the base of modern societies, while involving different sections of the public in the cultural heritage re-appropriation process.

The “Archeofest” project: the Italian festival of experimental archaeology

This theoretical approach is the founding principal of the Archeofest project. Archeofest is the Italian experimental archaeology festival, conceived and organized by the cultural association Paleoes - eXperimentalTech ArcheoDrome, founded with the goal of promoting the community’s cultural values, through research, deeper knowledge and propagating the ancient technologies that form the base of modern societies, while involving different sections of the public in the cultural heritage re-appropriation process. This project is based on the experimental activities of Paleoes EXTAD researchers: Bronze and Iron Age textile spinning and weaving tools, sheep shearing using obsidian blades, studies on projectile points from Palaeolithic-Eneolithic sites in Central Italy, the use of lithic tools to understand the techniques of braiding vegetal fibres techniques (See Figure 2), studies of metal foil processing techniques and ancient toreuta toolkit reconstruction.

Starting in 2014, the festival took place in parks and historical sites in Southern Italy (National Nature Reserve Le Cesine, Carlo V Castle and Strafella Palace, Lecce province in Puglia region). Since the first events the project has been pitched at different levels to reach a wide ranging audience, including adults, children, young people, the elderly, experts in the field, and academics. Demonstrative and participatory activities offer a unique and immersive experience that has the scientific and educational purpose of transmitting cultural heritage.

The following editions of Archeofest were hosted in two exceptional Roman sites: the National Etruscan Museum of Villa Giulia (See Figure 3) and the Museum of Civilizations. This collaboration has created a strong connection between the prehistoric, the pre-Roman and the Medieval worlds through an ethnoarchaeological approach. Every year the festival has been focused on a specific topic such as weaving, pastoralism and metallurgy in antiquity. During the festival days, in addition to experimental initiatives for an audience of non-professionals, thematic scientific conferences took place in the museums and the publication of proceedings shows the ever increasing interest of the academic community.

The 2017 festival, dedicated to the textile production in ancient times, was focused on the specific aspects of textile technologies that concern technical gestures and the ancient knowledge of the hands, and on the economic and cultural implications on ancient societies.

In the 2018 festival the theme was transhumance and pastoral culture with an ethnographic perspective from prehistory to the present day.

The open and interdisciplinary tradition of the scientific conferences of Archeofest, meant that even in the 2019 festival, Metallurgica: Stories of craftspeople, metals and techniques, no geographical, chronological or disciplinary limits were placed on researchers. The main focus was, the introduction of metallurgy and related activities that have transformed society, both concerning internal dynamics and in the relationships between different communities (See Figure 4).

The last three editions of Archeofest have been preceded by a special day, named Aspettando Archeofest (Waiting for Archeofest) at the National Etruscan Museum of Villa Giulia that hosts the event, during which thematic workshops were held that complement experimental, public and participatory archaeology.

Projects concerning the themes of the last three festivals have been founded as a result of Archeofest:

Our experience leads us to say that experimenting is an excellent way to understand and learn. Experimenting through manual activities and the study of ancient technologies allow us to transform ideas to an everyday action. The study of prehistory and history, through experimental archaeology, is not limited to the story of the technologies used in the past, but connects to the rediscovery of the natural world in which our ancestors lived and from which they derived their necessary daily existence (See Figure 6). It is our belief that the motto “I experiment, so I participate” is the way to live archaeology and that is an important tool for the recovery of our relationship with nature, but also that it is an educational tool to understand the story which accompanies our path through the millennia. 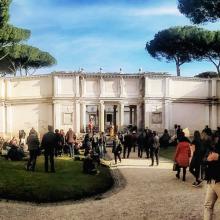 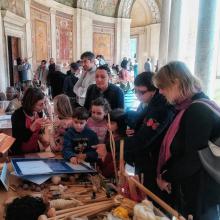 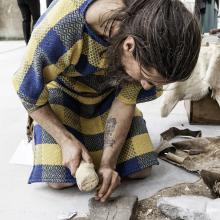 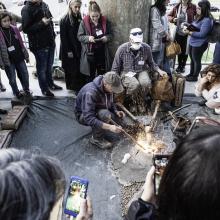 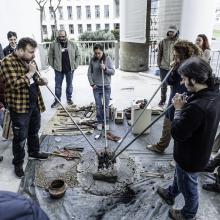 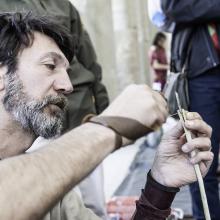 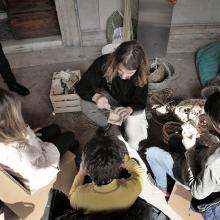 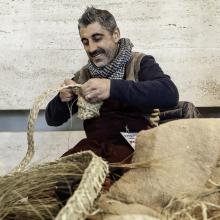 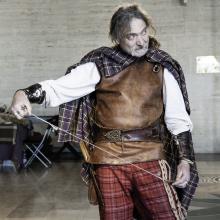