The Museu d'Arqueologia de Catalunya (MAC) was created under the Museums of Catalonia Act in 1990 by the Department of Culture of the Government of Catalonia. Its foundation dates back to 1932. The museum carries out various activities related to Experimental Archaeology projects in the fields of both education and research. It is particularly active in the framework of Neolithic research projects on techno-functional aspects of such artisanal crafts as lithic reduction, woodworking and house-building. The MAC also participates in university training in archaeology at the UAB (Barcelona). They teach subjects where experimental practice is the basis of training. In this sense, the museum directs research work (PhD and Master's degree projects) with an emphasis on experimentation. Regarding outreach, the museum includes in its educational offer demonstrative and participatory activities with active public involvement as a vital part. Finally, the MAC incorporates graphic and audio-visual material in its exhibitions when experimental reproduction of techno-functional processes are essential for the transmission of the exhibition message. At the present time, the MAC is developing a project where experimentation will be consolidated as the axis of outreach, academic training activity and its research.

The MAC is currently developing a project where experimentation will become consolidated as the axis of outreach, but will also be used as the basis for academic training and research. The objective is the construction of a space in the museum where all types of activities can be carried out for all kinds of public.

The “Museu d'Arqueologia de Catalunya” (MAC) was created under the Museums of Catalonia Act in 1990 by the Culture Department of the Government of Catalonia. Its foundation dates back to 1932. The Museum of Archaeology of Catalonia (MAC) consists of a group of centres, archaeological sites and monuments in several places in Catalonia. Among the archaeological sites, the most important are Empúries and Ullastret. The museum carries out activities related to experimental archaeology in the field of education and research (See Figure 1).

Some of the most important research activities are carried out in connection with the lacustrine Neolithic site of La Draga (Banyoles), where a team from the Autonomous University of Barcelona, the Spanish Higher Council of Scientific Research and Banyoles Regional Archaeological Museum have been working for nearly two decades.

La Draga is a lake-dwelling site in the North-East of the Iberian Peninsula, on the eastern shore of l’Estany de Banyoles (Lake Banyoles). The site has provided evidence of one of the earliest settlements of farming societies in north-eastern Iberia, dated to the late sixth millennium cal BC (Palomo, et al., 2017).

The experimental research program has focused on replicating the technological processes involved in the fabrication of different bone, wood and stone tools and artefacts, related to woodworking and textile production (See Figure 2) (Palomo, 2012; Palomo, et al., 2017; López, 2015). The aim has been to observe the effectiveness of the tools and build a reference collection of technological and functional traces. The identification of the manufacturing techniques is achieved by comparing the marks that appear on the surfaces of the archaeological artefacts with those produced during experimentation. In this way, we have been able to identify which tools were used in the manufacture of artefacts to acquire a better understanding of woodworking and textile-making.

This type of experimental approach allows them to document the effectiveness of different types of implements.  In the reference collection technological and functional use-wear traces are recorded with various techniques such as 3D scanning, macroscopic photographs and micrographs. This documentation is necessary to able to make comparisons with the archaeological techno-functional traces that are documented. Prior hypotheses about the manufacturing process and use of the utensils based on the detailed analysis of archaeological artefacts can then be tested, confirmed or refuted.

MAC also participates in university training in archaeology through the Universitat Autònoma de Barcelona and the Degree and Master’s courses in which experimental practices are the basis. For the archaeology degree, training in lithic technology is addressed from the experimental perspective. In this sense the course is taught through master classes, demonstrations and hands-on activities. This kind of approach to flint knapping allows students to become more familiar with the identification of the techno-functional traces on stone tools and learn the fundamental methods and techniques of prehistoric lithic production. In this way, they acquire the basic concepts of chipped lithic technology (See Figure 3).

The master’s course approaches some specific issues in experimental flint knapping, such as the production of Neolithic lithic tools by indirect percussion and pressure. This specific training helps students to organise their own future studies towards their doctoral thesis. In this sense, the museum directs research work (PhD and Master's degree projects) where experimentation plays a fundamental role.

The aim of the seminar was to provide theoretical and methodological tools allowing the participants to gain basic knowledge about prehistoric art, focusing on the latest discoveries and debates, from a broad chronological  perspective. One of the three days of the seminar was devoted to the process of mixing pigments, pictorial techniques and engraving in stone (See Figure 4).

Regarding outreach, the museum offers demonstrations and participatory activities in which hands-on experience is an essential part.

The demonstrations are given by an educator who has acquired the skills or techniques required to replicate technological processes of certain complexity. These sessions enable the participants to rediscover technological practices that have been lost in an informal and direct way (Masriera and Palomo, 2009).

In this regard, the museum has developed a wide range of activities where experience possesses a fundamental value. To give some examples, we have held sessions related to such prehistoric activities as cooking techniques, demonstrations of flint knapping, and workshops on fire-making, bronze metallurgy and prehistoric sculpture (See Figure 5).

Finally, the MAC incorporates graphics and audio-visual material in its exhibitions and in its communications on social networks, where the experimental reproduction of techno-functional processes is important for the transmission of the exhibition message. Thus, audio-visuals on the replication of ancient technological processes, for instance related to prehistoric art and the fabrication and use of utensils, have been included in our exhibitions. The use of these kind of audio-visual resources has been important in the last two temporary exhibitions held in the museum: The Neolithic Revolution, The Village of Prodigies, First Art and Artists from Prehistory. A total of nine videos demonstrated technical processes, such as the fabrication and use of wooden, bone and stone tools and the manufacture of pottery, objects of adornment and reproducing the different techniques employed in artistic production (See Figure 6). To conclude, the MAC is currently developing a project where experimentation will become consolidated as the axis of outreach, but will also be used as the basis for academic training and research. The objective is the construction of a space in the museum where all types of activities can be carried out for all kinds of public. 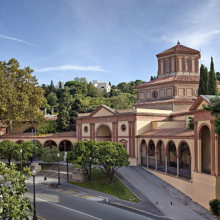 Fig 2. Use of a replica of an axe found… 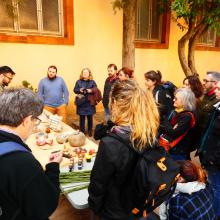 Fig 4. Seminar on prehistoric art and… 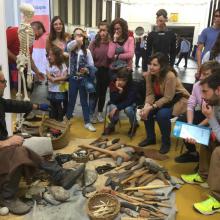 Fig 6. Display in a recent exhibition…