Book Review: A Handbook for Women’s clothing, Northern Europe, 1360-1415 by Ahlqvist and Neijman

The book presents itself as a manual on women’s clothing in Northern Europe through the years 1360-1415, and is aimed at reenactors. The time frame - 1360-1415 - means that we are in the beginning of the Late Medieval period as defined by English and northern European historians (normally set to 1300-1500). The geographical setting is Northern Europe, here defined as: “from Germany til (sic) central Sweden, and from the Baltic region to the Norwegian West coast.”

The book gives a short historical overview of major events in the chosen area, followed by an informative chapter on colours, a likewise very competent chapter on fabrics, and one on sewing techniques. Then the dress parts are presented, with very clear and informative modern illustrations. The focus is on ordinary dresses, not the really posh ones.

There are no sewing patterns as such, but the experienced seamstress can easily transfer the small silhouette patterns to real patterns, or one can search the bibliography in the book for relevant publications.

Several chapters are dedicated to dress accessories, belts, purses, jewellery etc., and the final chapter is presenting a few of the period hairstyles for those with really long hair.

It is richly illustrated, with a nice mixture of period illustrations, reconstruction drawings and pictures of reenactors in really good quality outfits.1

If one should point out a problem with the book, it’s the geographical delimitation. Northern Europe as defined here is quite a big area to cover, fashion-wise. It is stated in the book that the garments presented are worn throughout the entire Northern European region as defined above.

Indeed, there are similarities in the dress fashion in this area, but also great differences. The pleated garments from 14th century Norway, among them the finds from Uvdal Stave Church, with two young girls with remains of pleated woollen dresses, can be compared with pleated fragments from Herjolfsnes in Greenland but these never appear in south-Scandinavian material, be it archaeological finds, written sources or murals.2

Dress parts are presented that indeed occur in Northern Europe in general, as well as some that really can’t be proved to have been there (at least not in Scandinavia) but that could have been, like the Birgitta’s coif3  and the breast-supporting shift.4

The period illustrations are, with a few exceptions, from the chosen geographical setting, though there isn’t much from the eastern part, like Poland, Lithuania, Latvia, Estonia and the south-western part of Finland. Needle-bound mittens could have been mentioned here, as they occur in the archaeological material in these regions too. Or perhaps these regions should not have been included in the book at all.

In general, pictorial sources are predominant in the book; there could have been more focus on the written sources with their abundance of information of dresses, fashion, colours, qualities of fabrics, recycled clothing, social differences, trade and much more.

As the book is clearly aimed at new reenactors, one could have considered a few words on source criticism, or the importance of not believing everything you see in a period picture, something that rarely is mentioned in books on reconstructing historical garments and that sometimes leads to misinterpretations.

Could one hope for a similar publication on medieval Scandinavian dress in the future? 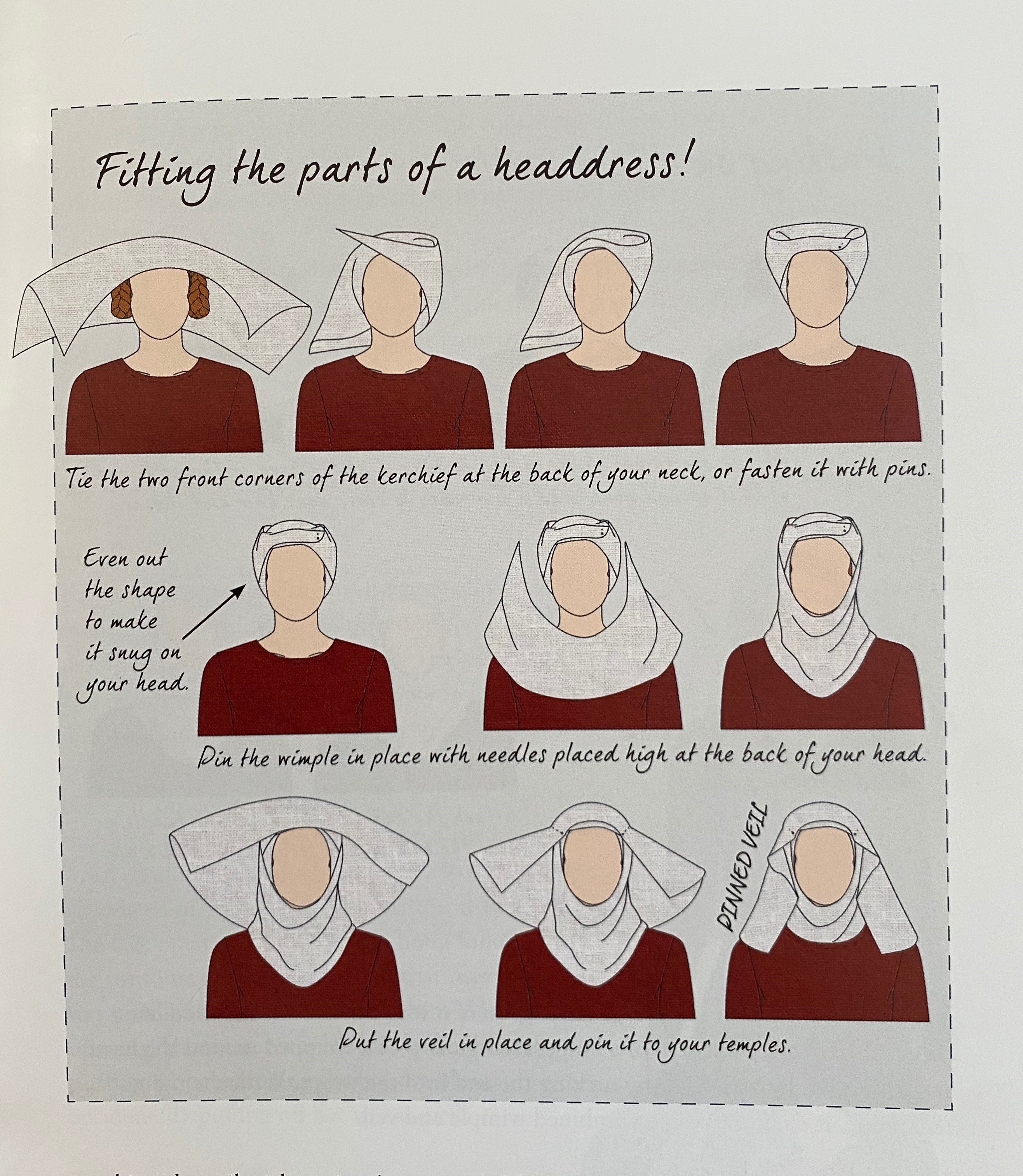 Fig 1. Suggestions on how to put on a wimple and veil. Page from A Handbook for Women’s clothing, Northern Europe, 1360-1415 by Ahlqvist and Neijman

The book is part of a series Historical Clothing From the Inside Out, published by ChronoCopia Publishing AB. It was originally published in Swedish in 2020 with the title Handbok. Norra Europa 1360-1415 - Kvinnodräkt.