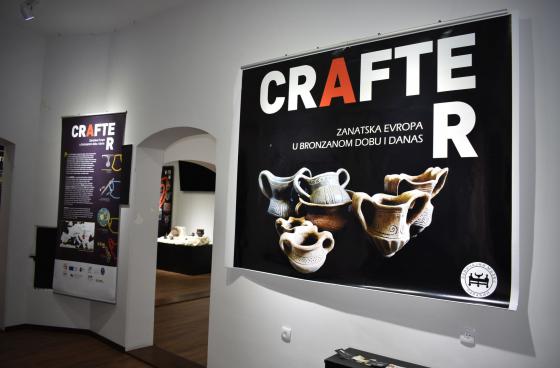 On 25 October 2019, the CRAFTER exhibition opened in the Paraćin Museum

The implementation of the CRAFTER project “Crafting Europe in the Bronze Age and Today” has begun more than a year ago. It has been developed based on the unusual idea of reviving the pottery crafts seeking inspiration in the Bronze Age and has been realized across Europe. The concept of the CRAFTER project has been established on the results of the research of four European Bronze Age societies (El Argar, Unétice, Füzesabony / Otomani and Vatin) and ceramic vessels, as indicators of cultural, stylistic and technological features. Therefore, different methods have been implemented by team of almost 30 professionals from various fields and eight organisations: Association of Friends of the Archaeological Site of La Bastida (ASBA), ASOME (Mediterranean Social Archaeology Research Group) of the Autonomous University of Barcelona (UAB), the Museum of Paraćin (Serbia), the Hungarian Academy of Sciences and the Déri Museum (Hungary), the association EXARC (Netherlands) and the State Museum of Prehistory of Halle (Germany) and the Mula City Museum (Spain). The results have been exhibited in four European museums, among which is the Paraćin Museum, where the final event has been recently organised.

The idea of founding the Museum in Paraćin, Serbia dates back to 1947. Over time, that idea crystallised as a social need, and recognised as the importance and necessity of Paraćin’s community for such an institution, which could provide the confirmation on awareness of preservation of cultural heritage and identity. Thus, in 1975 local government decided to establish the Homeland Collection. Intensive activity in collecting and researching resulted in formation of Palaeontology, Prehistoric, Roman, Medieval, Numismatics, Ethnology and History collections. The years also brought transformations and acknowledged the Hometown museum of Paraćin as a very important centre of communication and source of knowledge, an open, dynamic and accessible museum.

A team of the Hometown museum of Paraćin were focused on pottery of the Vatin culture. The implementation of the project consisted of few steps. First, of the quality of raw materials and the production process of Vatin pottery were examined experimentally (https://exarc.net/issue-2019-1/mm/crafter-re-creating-vatin-pottery and https://exarc.net/issue-2019-2/mm/re-creating-vatin-pottery-2), aiming to recover technology and reach quality of original samples. Replicas of Vatin pottery were made according to original vessels, which are stored in National museum Belgrade. On this occasion, we would like to thank to this institution for help and support. Along with the experimental work, the analysis of original ceramics of this culture was carried out at laboratory of the Autonomous University of Barcelona (UAB). These approaches enabled reconstruction of technology features of the Vatin pottery and identification of regional technological differences in the future work. We would like to thank to Jovan Mitrović (National Museum Belgrade) and Vojislav Djordjević (National Museum Pančevo) who provided us material for analysis. These analyses were undertaken by David Gómez Grass (Geology Department) and Roberto Risch (Prehistory Department).

The reconstruction of production of Vatin pottery has been recorded in the film “A Potter’s Secret”. It is one of four chapters shot also by directors in Hungary, Germany and Spain. They depicted different observations and sensation related to pottery craft and make up omnibus “In Their Hands. Reshaping pottery of the European Bronze Age”, which are also part of the exhibition. “A Potter’s Secret” follows the whole technological process from collecting of raw material, modelling of vessel, the implementation of tools made of various materials, and pottery firing. Thus, it represents the final step in collecting and transmitting the ancient knowledge to publicity.

Following the idea of CRAFTER, all exhibited replicas have been placed at an open space and are tangible. This has allowed visitors to experience technological differences demonstrated in the films and by archaeological evidences. Furthermore, the exhibition at the Paraćin Museum has been complemented by pottery and weaving workshops, giving chance to visitors to participate actively in the event.

Finally, it can be said that this project includes many layers and display materialization of the results to general public, which for the long time have been only the privilege of archaeologists. Moreover, this is also a comprehensive attempt to re-cover and transmit ancient knowledge and crafts, and preserve them for the future.

The implementation of CRAFTER in Serbia has been funded by the Creative European program of the Executive Agency in the field of education, Audiovisual and Cultural (EACEA), for projects related to the European Year of Cultural Heritage 2018 and the Serbian Ministry of Culture and Information. 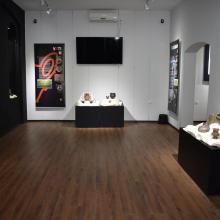 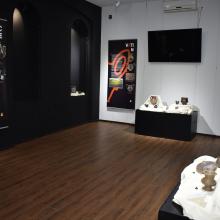 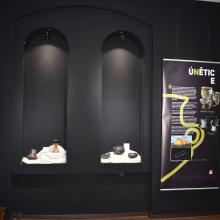 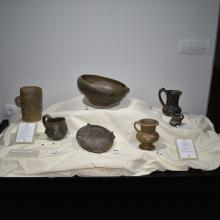 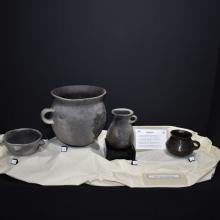 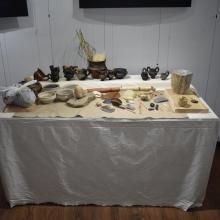 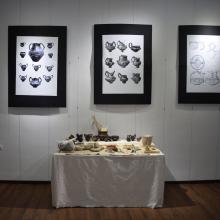 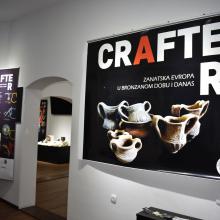 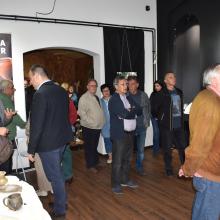 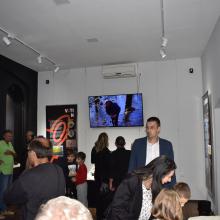 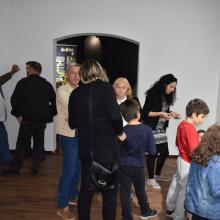 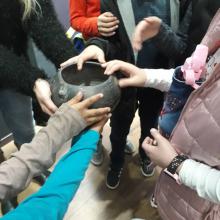